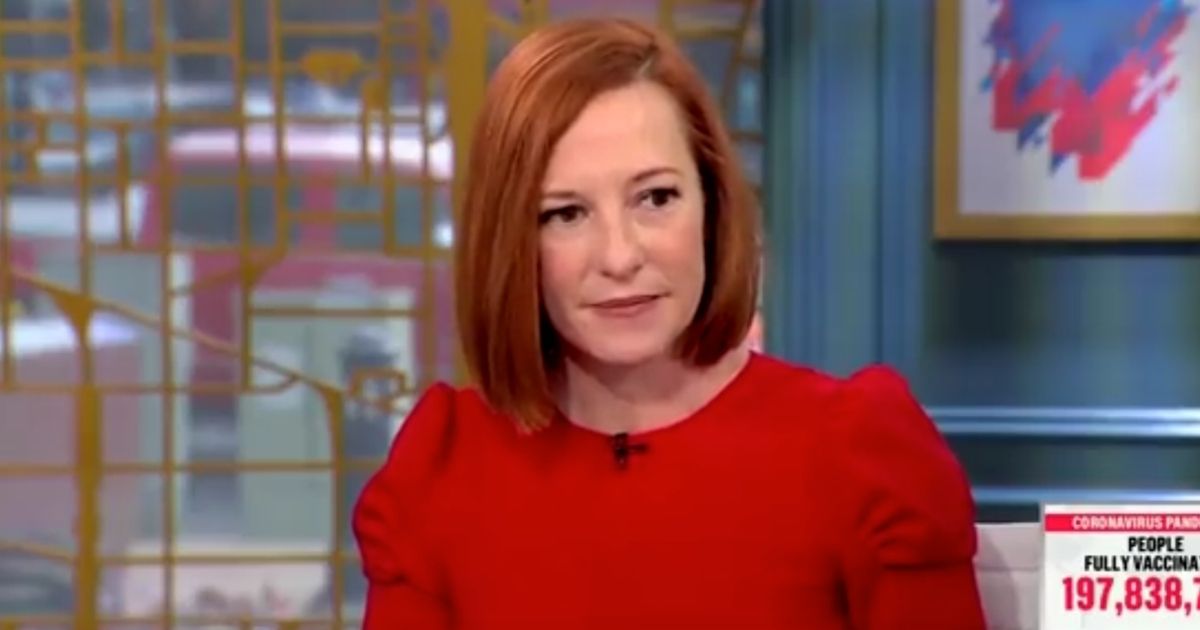 Job growth in November was disappointing, which means the overall economy is still down a few million jobs since the beginning of the pandemic.

The overall unemployment rate only fell 0.4 percent, from 4.6 to 4.2 percent, as CNBC reported.

White House press secretary Jen Psaki made an appearance on MSNBC on Friday morning, and when she heard the jobs numbers report, she avoided answering questions.

“Well I know this sounds a little archaic, but I can’t comment on them until 9:30,” Psaki said.

Jen Psaki says she “can’t comment” on the horrible November jobs report “until 9:30am.”

So why is she on TV? pic.twitter.com/cfhuQLKKXD

This came after Psaki said on the show that economic issues were the most pressing concerns of the administration. She also claimed that the $2 trillion Build Back Better plan from President Joe Biden would actually help things.

But no matter what Psaki does or doesn’t say, these numbers are markedly disappointing — particularly after October’s numbers finally looked a bit more promising.

Has Biden helped the economy at all?

“It is unsettling to see that we were unable to build on October’s strong numbers, with uncertainty only set to increase as the winter progresses. That said, it is not completely surprising that this month fell short with the country preparing to respond to the COVID-19 Omicron variant and continuing to battle rising inflation and the ongoing supply chain crisis,” Steve Rick, chief economist at CUNA Mutual Group, said, according to NBC News.

The economy is still down 3.9 million jobs since the beginning of the pandemic, NPR reported.

But what’s especially concerning is that there is no real certainty about why the numbers for November are so bad.

“We all thought there would be a significant increase in labor supply and it hasn’t happened. So you ask, ‘Why?’ There’s tremendous uncertainty around that, but a big part of it is clearly linked to the ongoing pandemic,” Federal Reserve chairman Jerome Powell told a Senate Committee this week, as NPR reported.

Everywhere employers are struggling to find people to hire and it’s damaging the economy.

However, hourly wages were up 4.8 percent in November. If employers are having to raise their hourly prices that much, it normally indicates that they are desperate and trying to reel in more workers.

Despite all of these appalling numbers and trends that show a limping and deflated economy, Psaki still acted as if everything was going to be fine.

But the American economy is not fine. If there is not significant growth soon in the workforce, then Biden has completely failed one of his most basic jobs as president.