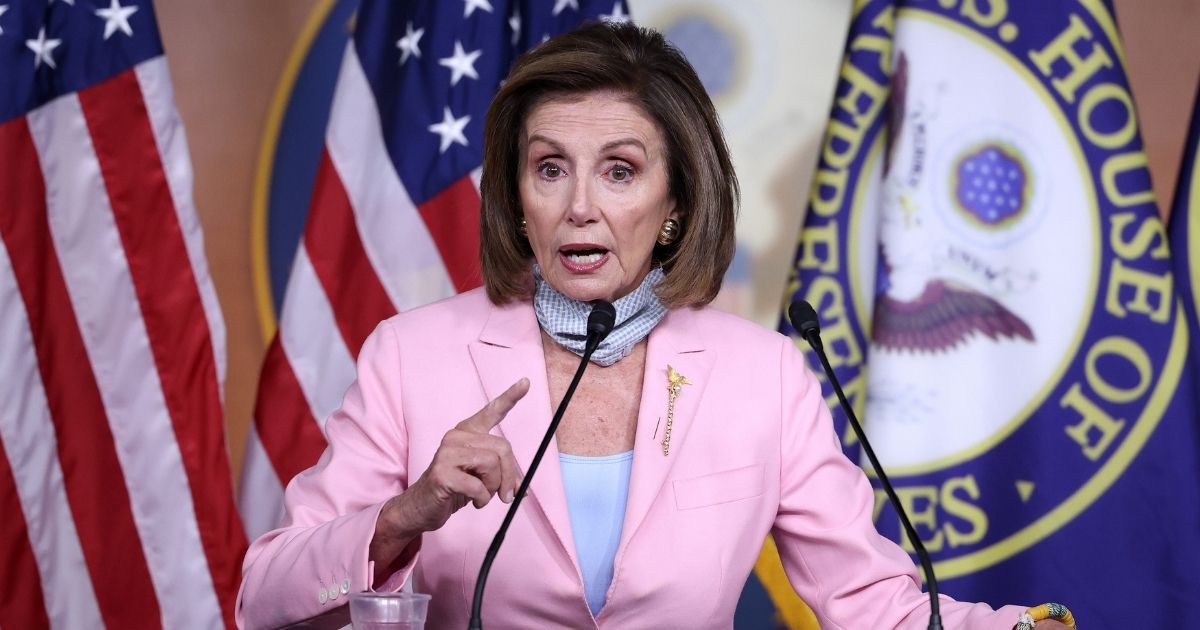 A collection of House Democrats who at one point vowed to block action on a proposed $3.5 trillion spending bill are being mocked as doormats for giving House Speaker Nancy Pelosi her way.

Pelosi wanted the House to only consider a $1.2 trillion proposal that is mostly devoted to infrastructure when it also took up the larger catch-all bill that is the subject of fierce debate among Senate Democrats.

Some House Democrats protested that they would not support the larger bill unless the infrastructure package, which has bipartisan support, was voted on first. But when Pelosi promised a Sept. 27 vote on the infrastructure plan, they decided that was good enough and supported moving forward with the $3.5 trillion proposal, The Washington Times reported.

As such, the National Republican Campaign Committee has christened the group “doormats” and is sending each one a doormat as a token of their status.

“These Democrats promised to stand up to Nancy Pelosi’s reckless tax and spending spree then let Pelosi walk all over them,” NRCC Chairman Tom Emmer said in a statement.

Boeing Investigating After Discovery on New Air Force One Jet

“Democrats’ reckless spending is causing prices to rise, and their massive tax hikes will make things even harder for American families trying to recover from a pandemic.”

“We are sending doormats to these lawmakers to remind them they let Nancy Pelosi walk all over them. Voters will hold any Democrat who supports Nancy Pelosi’s reckless $3.5 trillion tax and spending spree accountable,” Emmer said in another statement.

Noting that the 2022 midterm elections offer a chance to flip the house, the NRCC has developed ads targeting the Democrats.

“What’s the difference between Nancy Pelosi’s doormat and Congressman Josh Gottheimer? Nothing,” reads an ad targeting Democratic Rep. Josh Gottheimer of New Jersey, according to the New Jersey Globe. “Nothing.

Doormat @JoshGottheimer is all talk and no action when it comes to standing up to @SpeakerPelosi.

Gottheimer will cave and let Pelosi walk all over him. #NJ05 https://t.co/aM6BiD0JxY

The $3.5 trillion package has foundered in the Senate with some moderate Democrats saying it spends too much.

Democratic Sen. Joe Manchin of West Virginia now wants any talk about the plan to be pushed off until next year, according to Axios.

Report: Beto O'Rourke Is Planning a Big Comeback as the Most Powerful Man in Texas

Manchin, who has been very public in his belief that the $3.5 trillion package is too expensive, has been echoed by Democratic Sen. Kyrsten Sinema of Arizona.

Two votes mean a lot in the Senate because Democrats need all 50 of their votes there to pass the plan using a procedural tactic called budget reconciliation.

As the Senate stalls, House progressives who want the full $3.5 plan, if not more, are fuming and have vowed to sink the infrastructure bill in revenge if they do not get their way.

“It won’t have sufficient votes to pass the House,” said Democratic Rep. Pramila Jayapal of Washington, chair of the Congressional Progressive Caucus.