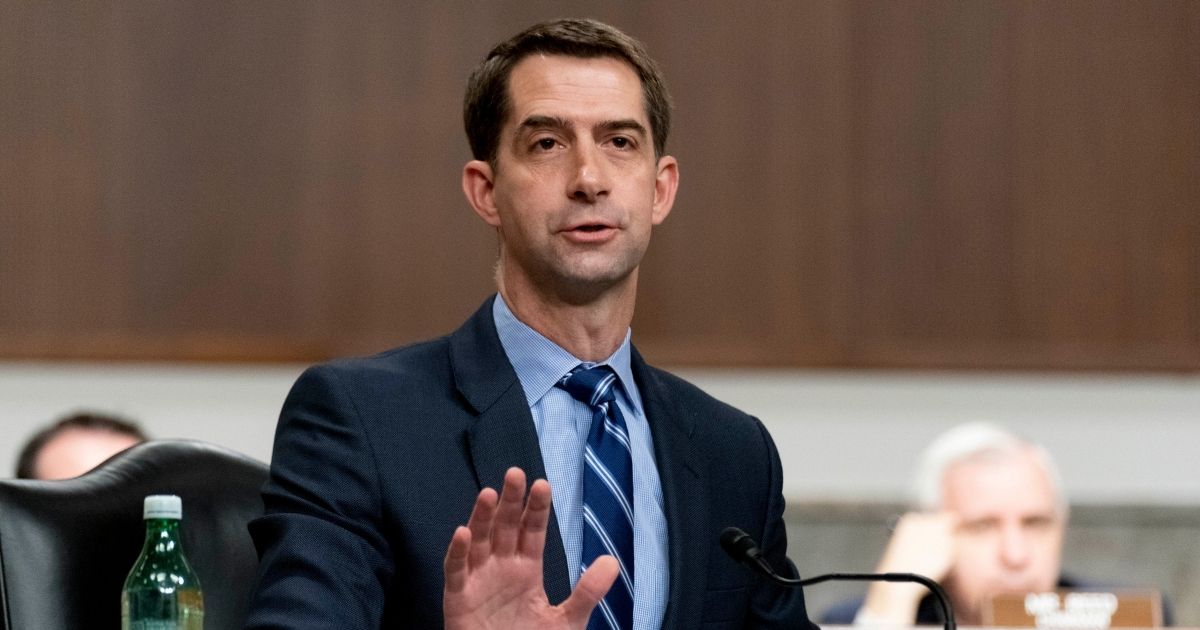 Arkansas Republican Sen. Tom Cotton said during an interview on Tuesday that the Democrats’ “reckless” spending bill is going to “cost all Americans,” in contrast with President Joe Biden’s promises to only tax the rich.

“This bill is going to cost all Americans,” Cotton said during a “Fox & Friends” interview regarding the Democrats’ plans to pass $5 trillion in legislation in two new bills.

The Democrats’ reckless spending bill is going to cost all Americans. pic.twitter.com/HF1Cjf6oO5

“That means that people are going to have fewer jobs, they’re not going to get pay increases. They may not have enough money to put kids in college or to save for retirement,” Cotton added.

The increased costs will not only be for the wealthy but will impact many areas of American life.

“They’re even going to tax cigarettes, Dana, so if you want to pick up a pack of smokes on the way home from the job, you’re going to pay higher taxes on that as well,” Cotton said.

These increases are in addition to increased costs and inflation that have already taken place since Biden has entered office.

Should Congress pass the Build Back Better spending bill?

“The American people are already paying every day when they go to the grocery store or the gas pump for the rampant inflation that the reckless Democrats’ spending plans have caused,” Cotton added.

The senator also explained these increased costs are why Democrats are struggling to get the votes needed to pass the legislation.

“So that’s one reason why they’re struggling to find the votes is that they understand just how reckless these spending bills are and how much they’re going to pay for it in the election next year if they go forward with it,” Cotton said.

During the interview, the Arkansas senator also addressed the Senate Armed Services Committee hearing that began Tuesday and will examine Biden’s failed withdrawal from Afghanistan. Gen. Mark Milley and Secretary of Defense Lloyd Austin are slated to testify.

“We also want to explore that terrible drone strike in which 10 innocent civilians were killed, because that reflects going forward in the future exactly how limited our options are for what President Biden calls a so-called over-the-horizon terrorist capability,” Cotton said.

Biden Attempts to Blame Trump as Crises Mount: ‘Look at What I Inherited'

“It should be called more along the lines of over-the-rainbow because our actions are so limited in Afghanistan to protect this country,” he added.

The hearing will address some of the controversies surrounding the departure from Afghanistan, especially regarding the 13 U.S. military personnel who died during a Kabul suicide bombing.

Trump Announces Launch of His Own Social Media Platform That Will...