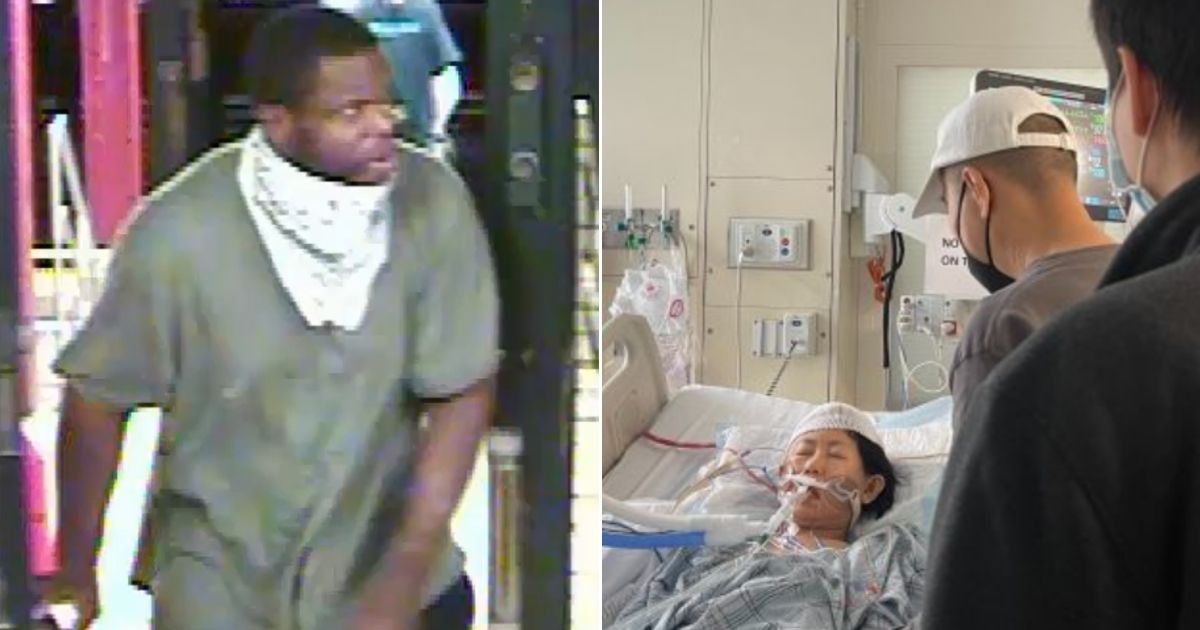 In a field of leftists and technocrats, the man to finally emerge from New York City’s Democratic mayoral primary was … a former cop who’s tough on crime.

“We’re not going to recover as a city if we turn back time and see an increase in violence, particularly gun violence,” Brooklyn Borough President Eric Adams, an ex-New York Police Department officer, said on the campaign trail back in May.

He won the Democratic primary, which means he’ll almost certainly be the next head of Gotham.

Adams opposes the “defund the police” movement. He’s anything but a Bill de Blasio type. That’s a pretty stunning reversal, given the leftward bent of political trends in the nation’s largest city.

If you want to know why the political winds are switching, you need only to ask the family of 58-year-old Than Htwe.

Democrat Lawmaker Oblivious as China Buys Up US Farmland, Sets Stage for Foreign Monopoly on Our Own Food Production

Htwe is a Brooklyn mother who was pulled down a flight of stairs, along with her son, by a mugger at a Manhattan subway station last week.

According to a Tuesday report from the New York Daily News, Htwe remains comatose with a brain injury and is close to death.

“The doctors told us that the trauma to her head was so severe that she won’t be able to wake up,” Kyaw Zaw Hein, her 22-year-old son, said in a GoFundMe post.

“Eventually all her organs will shut down. We are now just waiting and worrying about what happens next.”

“There is no progress and it’s still the same as before. But she is still alive and breathing,” another relative said. “Still no brain activity and it will be a miracle if she survives but we all are praying.”

According to the Daily News, the attack happened at the Canal Street Station in Chinatown at 10:45 in the morning as Hein accompanied Htwe to a doctor’s appointment.

The mugger approached from behind and yanked Hein’s backback. He reached for his mother as he fell and both went backward down the stairs.

“A botched robbery turned lethal where both were unconscious,” the GoFundMe page read. “When the son came to, all he saw was his mother lying on the floor with blood everywhere.”

An earlier report from the Daily News described the attacker “as a dark-skinned man wearing a collared shirt.”

The city’s hate-crime unit was investigating whether the mother and son, who are Asian, were targeted for their race. However, it’s being treated as a botched robbery.

Htwe and her son were taken by EMS to Bellevue Hospital, where she underwent emergency brain surgery. Hein’s injuries were minor.

According to the Daily Mail, Htwe moved to the United States from Myanmar in 2018 to be closer to her son.

“She came here for me. For my education,” Hein told the Daily News. “She’s very religious. Very kind. She’s Buddhist … She goes to the temple. Even if people are bad, she treats them well. She just goes on with her life.”

“All of us are heartbroken and shocked by how the events have turned out,” he said on the GoFundMe page. “I just want to tell everyone who’s reading this, to always cherish the moments you have with your mother. Tell her ‘I love you’ or give her a hug and kiss because you never know what will happen.”

Unfortunately, that last part rings very true in New York City in 2021: Violence and lawbreaking have skyrocketed, and the police are ill-equipped to deal with it.

The city’s alarming crime spike was already well underway last summer when de Blasio announced a $1.5 billion transfer out of the NYPD budget to other city departments.

Not that this was a new direction for the city; de Blasio was never tough on crime, and the left-wing one-upmanship following George Floyd’s death in Minneapolis police custody merely gave him an excuse to indulge his worst tendencies.

Unlike in the past, the chickens came home to roost with a swiftness.

According to the New York Post, murders were up 44 percent last year and shootings almost doubled, jumping 97 percent in 2020. As WNBC-TV reported in May, the NYPD is struggling to get new recruits as it deals with a wave of retirements.

It seems when one type of crime is down, another is up. In June, murders were down 23 percent over 2020 and shooting incidents were down 20 percent. At the same time, robberies were up 16 percent — including the robbery that left Than Htwe in a coma from which she may never wake up.

In a May poll conducted by Spectrum News and Ipsos, New Yorkers said “crime or violence” was the biggest issue in the city, with 46 percent of likely voters saying it was a “main problem.” Only 20 percent said “gun control” and only 18 said “police reform.”

Last summer, the left was talking about defunding the police. This year, New York Democrats nominated a former police officer to run for mayor, and the brutal attack on Than Htwe and her son is emblematic of what caused that shift.

She needs our prayers — as does the city she calls home, so carelessly wrecked by politicians too wedded to ideology to look after the safety of their constituents.

C. Douglas Golden is a writer who splits his time between the United States and Southeast Asia. Specializing in political commentary and world affairs, he's written for Conservative Tribune and The Western Journal since 2014.

C. Douglas Golden is a writer who splits his time between the United States and Southeast Asia. Specializing in political commentary and world affairs, he's written for Conservative Tribune and The Western Journal since 2014. Aside from politics, he enjoys spending time with his wife, literature (especially British comic novels and modern Japanese lit), indie rock, coffee, Formula One and football (of both American and world varieties).