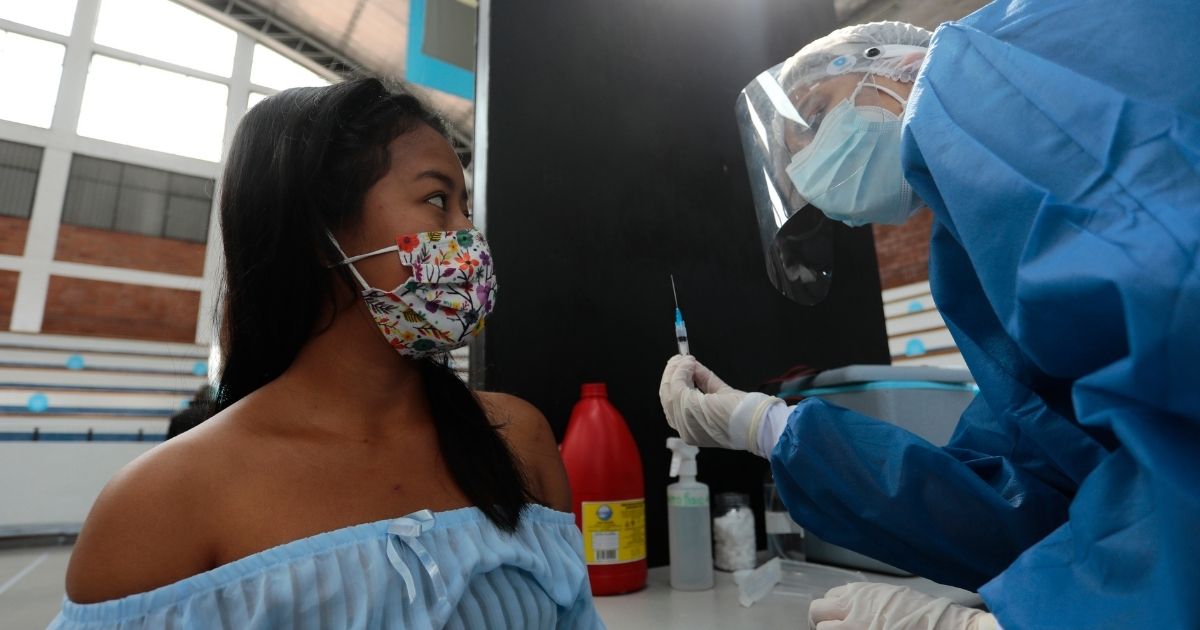 New data coming out of Singapore shows that three-quarters of the new COVID-19 cases are among the fully vaccinated, so this is clearly not a “pandemic of the unvaccinated,” as President Joe Biden has said.

Reuters reported July 23 that Singapore’s national vaccination program used two of the three shots that people are receiving in the United States: Pfizer and Moderna.

So this does raise questions about the efficacy of the vaccines.

However, health officials were quick to point out the shots are proving effective against developing severe illness from the coronavirus.

“Of Singapore’s 1,096 locally transmitted infections in the last 28 days, 484, or about 44%, were in fully vaccinated people, while 30% were partially vaccinated and just over 25% were unvaccinated,” Reuters reported.

“While seven cases of serious illness required oxygen, and another was in critical condition in intensive care, none of the eight had been fully vaccinated, the health ministry said.”

“‘There is continuing evidence that vaccination helps to prevent serious disease when one gets infected,’ the ministry said, adding that all the fully vaccinated and infected people had shown no symptoms, or only mild ones,” the report said.

The news outlet pointed out that Singapore has one of the highest vaccination rates in the world with 75 percent of its 5.7 million residents having gotten the jab.

“As more and more people are vaccinated in Singapore, we will see more infections happening among vaccinated people,” said Teo Yik Ying, dean of the Saw Swee Hock School of Public Health at the National University of Singapore.

Meanwhile, here in the U.S., the fully vaccinated rate is just shy of 50 percent and about 57 percent have received at least one dose, according to a Mayo Clinic tracker.

Of course, those rates vary from state to state.

In Massachusetts, which has the second-highest rate in the country with over 72 percent having received at least one shot, there was a serious outbreak of COVID-19 on Cape Cod, where — as in Singapore — three-quarters of those who became sick were fully vaccinated.

The outbreak happened in Provincetown on the tip of the Cape and was traced back to festivities during the July 4 weekend.

Biden Lashes Out at Reporter After Question About Inconsistent Vaccine Rhetoric

A Centers for Disease Control and Prevention report on the subject, obtained by The Washington Post, found close to 900 people contracted COVID-19.

“The scientists [conducting the study], along with officials at the Massachusetts Department of Public Health, reported that 79 percent of vaccinated breakthrough infections were symptomatic. Four of five people who were hospitalized were fully vaccinated. They are analyzing the genetic fingerprints of the virus samples taken now to trace chains of transmission and determine how commonly fully vaccinated people were infecting one another,” the Post reported.

The outbreak was fueled by the delta variant, which now predominates COVID cases in the United States.

“This report demonstrates that vaccination against SARS-CoV-2 is not perfect, particularly in a setting with a highly contagious variant, in a large group in close contact, even if most are vaccinated against the virus,” said Gregg Gonsalves, associate professor at the Yale School of Public Health.

“The good news here: If you’re vaccinated, refrain from large group gatherings and mask up, chances are good you’ll be okay,” he said. “This is not 2020. But we’re not out of the woods.”

The CDC is not tracking so-called breakthrough cases among the vaccinated unless they result in hospitalizations or death.

One powerful statistic that U.S. News reported is that 97 percent of newly hospitalized COVID patients are unvaccinated, according to CDC Director Rochelle Walensky.

An area that needs further review is whether those who have recovered from COVID-19 should be vaccinated too.

A study from the Cleveland Clinic published in June found people who recovered from the coronavirus have strong natural immunity and might not benefit from the vaccine, Healthline reported.

“The individuals were tracked from December 2020 to May 2021, during which time none of the 2,579 people who’d already had COVID-19 (including the 1,359 who remained unvaccinated) contracted the virus,” the report said.

“Preliminary data suggest that immunity from natural infection is long-lived, lasting up to 8 months and likely longer.”

Natural immunity appears to be at least as good as the vaccine, the study determined. How the delta variant plays into this finding is yet to be seen.

To summarize: Vaccinated people obviously can still get COVID, but the evidence suggests the vaccine offers good protection in most cases against developing a serious illness, and those who have already recovered from COVID may be well-protected too.

Randy DeSoto has written more than 1,000 articles for The Western Journal since he joined the company in 2015. He is a graduate of West Point and Regent University School of Law. He is the author of the book “We Hold These Truths” and screenwriter of the political documentary “I Want Your Money.”