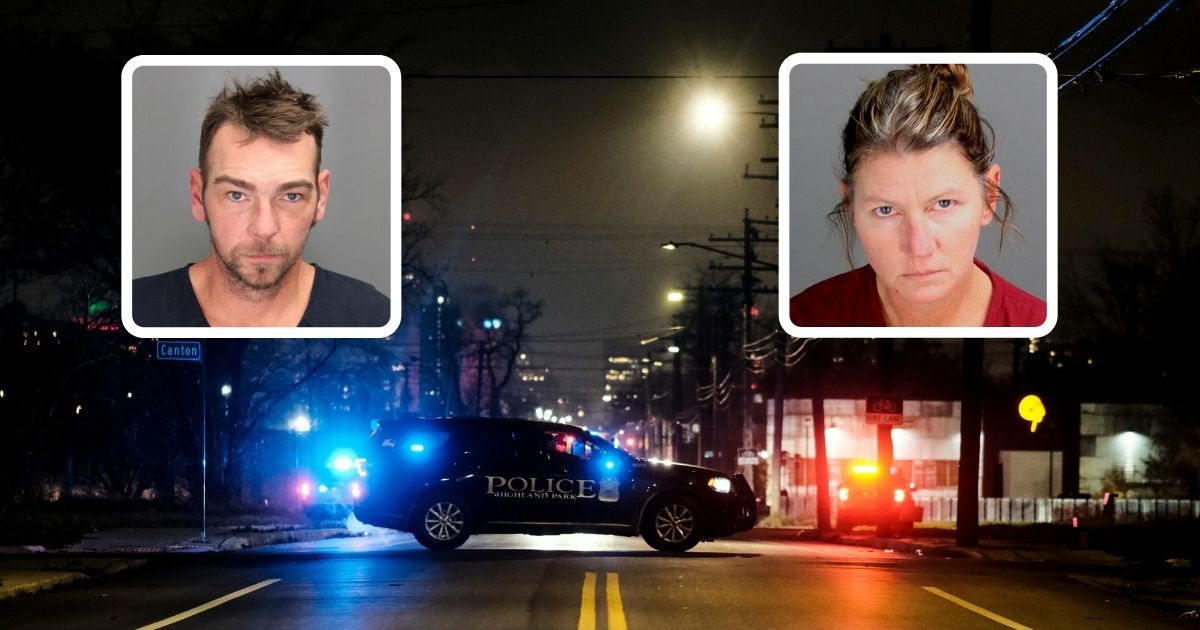 The parents of the suspected Michigan high school shooter were arrested early Saturday after being found hiding in a Detroit warehouse.

Video showed the couple, James and Jennifer Crumbley, being walked out of a room by police with their hands cuffed behind their backs.

A widespread manhunt for the Crumbleys began after they did not appear at a scheduled arraignment on Friday. A reward of up to $10,000 had been posted for information leading to their arrest, according to the New York Post.

They were found after a tipster reported their car to police, Oakland County Undersheriff Mike McCabe said, according to the Detroit Free Press.

“The owner of the building arrived and saw the car in the back parking lot, knew it didn’t belong there, went to investigate,” McCabe said, noting that this took place at about 11:30 p.m. on Friday.

The building’s owner recognized the car due to a notice from law enforcement. When he found that the license plate matched, he called the police.

Detroit police responded along with the Oakland County Sheriff’s Office.

Do you think the Crumbleys are guilty of involuntary manslaughter?

The search ended at about 1:45 a.m. Saturday when the Crumbleys were taken into custody.

Detroit Police Chief James White said the couple “didn’t break in. Somebody let them in.” Whoever did so could face charges, he said.

The couple was ordered held on $500,000 bond each, according to The Washington Post.

During a hearing in which both parents pleaded not guilty to all charges, Jennifer Crumbley fought back tears as Oakland County Judge Julie Nicholson asked if she understood the charges against her.

“This is a serious, horrible, terrible shooting, and this has affected the entire community,” prosecutor Karen McDonald said at the arraignment. “And these two individuals could have stopped it.” She said the likelihood of conviction is “strong.”

Shannon Smith, attorney for the Crumbleys, denied allegations that they had given their son “total access” to the gun used in the shootings.

“This case is absolutely the saddest, most tragic, worst case imaginable, there’s no doubt,” Smith said. “But our clients were absolutely going to turn themselves in.”

“This isn’t indicative of turning themselves in, hiding in a warehouse,” he said.

“While the shooter was the one who entered the high school and pulled the trigger, there were other individuals who contributed to the event,” she said.

The gun used in the shootings had been purchased on Nov. 26 by James Crumbley, according to CNN.

On Monday, Ethan Crumbley came to the attention of school officials when he searched for information on ammunition using his phone while in school.

McDonald said Jennifer Crumbley later texted her son about the incident, saying, “LOL I’m not mad at you. You have to learn not to get caught.”

According to McDonald, a note was found in Ethan Crumbley’s desk on Tuesday with a drawing of a semiautomatic handgun and the words “The thoughts won’t stop help me.”