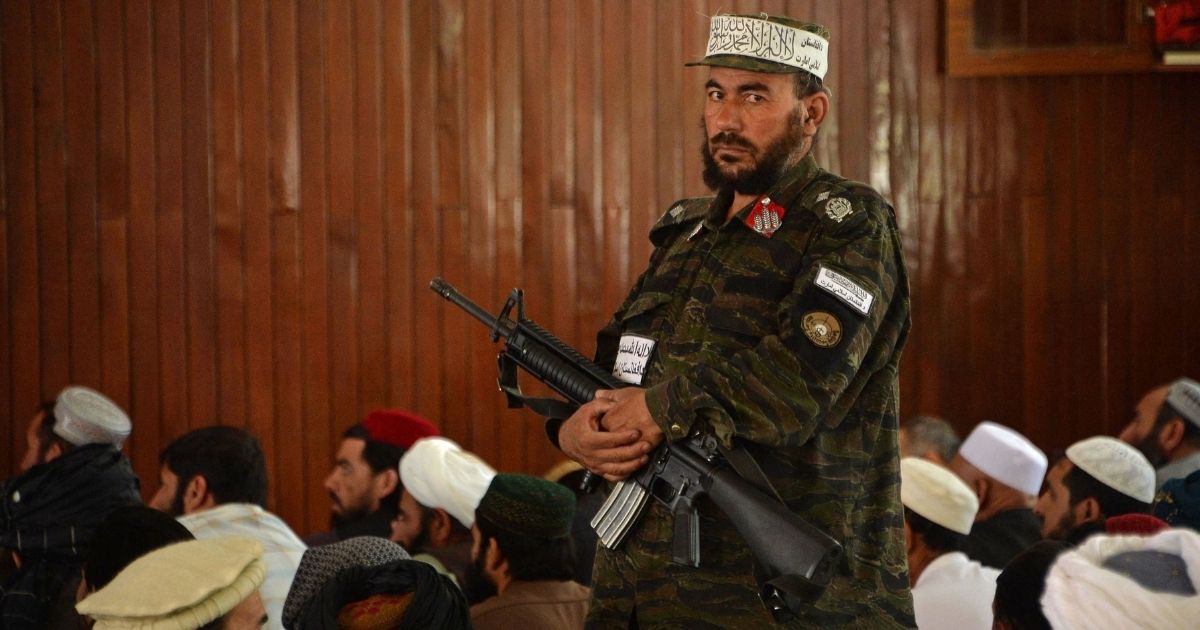 The gut-wrenching reality of what it means to be an American citizen left in Taliban-controlled Afghanistan when the U.S. government will not help was brought home vividly when a woman trying to flee the country shared her story on Fox News.

Jennifer Wilson, the COO of the nonprofit Army Week Association who works with the group Project Dynamo to rescue Americans trapped in Afghanistan, joined Fox News’ Dana Perina on “America’s Newsroom” along with a woman whose name was given as “Julie,” a U.S. citizen trapped in Afghanistan.

“They broke me, you know, the United States broke me because I’m a U.S. citizen,” she said.

“I’ve been through a lot of,” the woman began, until an eruption of misery brought a flood of tears and a halt to her words, “very bad in my life.”

“I just come to get married here to have life with my family and get back there,” she said.

Then came the Taliban takeover of Afghanistan, and what she said was her abandonment by the State Department.

“Basically, I’m dying,” she said as time goes by and she remains trapped.

Has the Biden administration turned its back on Americans trapped in Afghanistan?

She said that Wilson was her best hope, because the State Department would do nothing for her.

“I call them so many times. I email them. They just take the phone. They say, ‘I’m sorry we can’t do anything for you,’ and that is the answer,” she said.

After “Julie” was no longer able to speak because of her tears, Wilson took over.

“What she is not able to tell you at the moment is, she went back to get married. She got the letter from the U.S. Embassy telling her and her family they could get into [Kabul’s Hamid Karzai International Airport] back when it was still open, and they went there and 18 members of her family were killed in the bombing,” Wilson said, apparently referring to the Aug. 26 suicide bomb attacks that killed 13 U.S. service members and an estimated 170 Afghans.

Wilson said that “currently only she and her daughter hold U.S. passports” and Project Dynamo can only bring those two bring out of the country.

“I had to have a conversation with her. Do you want to leave with your daughter and leave the rest of your family because I can’t get them out right now. All I can get out is you and your daughter because you hold the right passport,” Wilson said. according to Fox.

“She will tell you just, all she has left is who is left in her family from the bombing. She can’t leave them. I could not make that decision with a member of any of my family,” she said.

“Being faced with that after losing 18 family members two weeks ago. I am not smart enough and I don’t have the emotional intelligence to know what she is going through,” Wilson said.

Wilson said that she can evacuate “Americans and NATO passport holders. So, my call list is about 500 Americans, NATO and their family members.”

“It was in those vetting calls that I found Julie. I called up, basically just to say ‘are you an American?’ She told me her story and it broke me,” Wilson said, according to Fox News.

“It hit different. I have been doing this for four weeks. I have not felt like that yet. It was awful,” Wilson said.