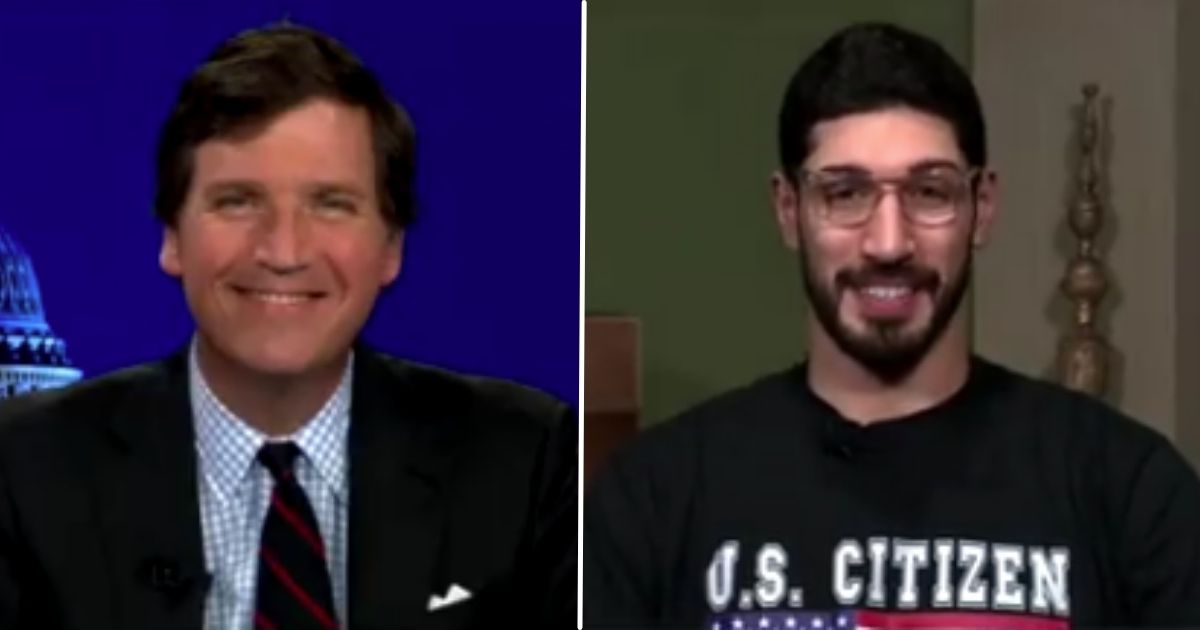 Boston Celtics center Enes Kanter, a native of Turkey, was officially sworn in as a U.S. citizen on Monday after legally changing his last name to “Freedom.”

After all the hardships he has gone through, he was ecstatic to finally become a citizen of a free country.

Just hours after being sworn in, Freedom appeared on “Tucker Carlson Tonight” to talk about his experience. The NBA veteran was proudly wearing a shirt with the words “U.S. Citizen” written above an American flag.

“I can just easily say that this is the greatest day in my life,” Freedom said. “You know, it was my dream the first day I stepped into America.”

Enes Kanter Freedom celebrates becoming a US citizen with Tucker Carlson: “It is the greatest feeling that I ever had.”

Freedom said he received a green card about six years ago. Since then, his home country has not made things easy for him.

“You know, after I got my green card, obviously it’s been a rough six years because [the] Turkish government revoked my passport and put my name on [the] INTERPOL list,” he said.

According to CNN, Freedom has been a vocal opponent of Turkish President Recep Tayyip Erdogan. Since speaking out, he said he has faced death threats and seen his father arrested.

He told Carlson that his first experience with liberty in America was a shocking change.

“I remember [the] first time I came to America. … It was back in 2009,” Freedom said. “One of my teammates criticized the president. And I turned around and I told him, I was like, ‘Dude, what are you doing? They’re gonna throw you in jail.’

“And he told me, he started laughing and said, ‘This is America, don’t worry about it. You are not in Turkey anymore.’ I was very shocked.”

Freedom said earning U.S. citizenship was “the greatest feeling that I ever had.”

In addition to becoming a citizen, he decided to change his last name to Freedom to celebrate his new country.

Freedom has also been an outspoken critic of the Chinese Communist Party. He has taken particular issue with their treatment of Uyghurs, as well as citizens of Taiwan and Hong Kong.

“There are so many, you know, athletes, so many actors, so many celebrities out there who are scared because if they criticize China, obviously they will be affected,” he told Carlson.

“You know, their endorsement deals, their contract or … their money will be affected. And they’re scared to say anything. But to me, you know, human rights, democracy and freedom is way more important than everything they can offer me.”

Throughout the interview, Carlson was grinning from ear to ear with visible happiness for Freedom. In a time when negative stories seem to dominate nightly news, a star athlete proud to become an American was clearly a welcome change of pace.