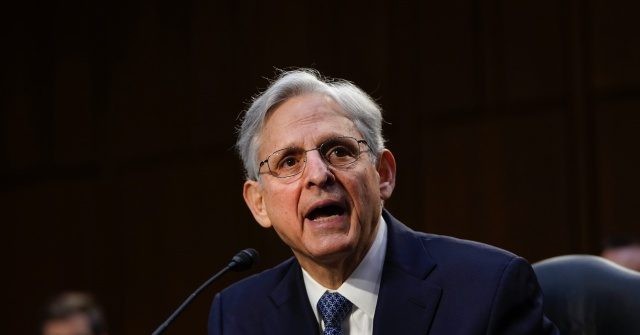 Attorney General Merrick Garland says it is “dangerous and unlawful” for Texas Gov. Greg Abbott (R) to stop the federal government’s bussing of border crossers and illegal aliens into the interior of the United States.

This week, Abbott issued an executive order that bans local, state, and federal law enforcement officers from providing ground transportation for border crossers and illegal aliens who have been detained by Customs and Border Protection (CBP) or who have been ordered removed under the Center for Disease Control’s (CDC) Title 42 authority.

The order also allows Texas state troopers to “stop any vehicle upon reasonable suspicion” of transporting border crossers and illegal aliens and “to reroute such a vehicle back to its point of origin or a port of entry if a violation is confirmed” as well as allowing state troopers to impound vehicles that are caught violating the order.

In response, Garland wrote a letter to Abbott in which he claims Texas does not have a right to interfere with President Joe Biden’s expansive Catch and Release operation and threatening a lawsuit if the order is not rescinded:

I urge you to immediately rescind Executive Order GA 3 7, entitled Relating to the transportation of migrants during the COVID-19 disaster. The Order purports to mandate that “[n]o person, other than a federal, state, or local law-enforcement official, shall provide ground transportation to a group of migrants who have been detained by [U.S. Customs and Border Protection] for crossing the border illegally or who would have been subject to expulsion under the Title 42 order.” As explained below, the Order is both dangerous and unlawful. [Emphasis added]

In short, the Order is contrary to federal law and cannot be enforced. Accordingly, consistent with its authorities under federal law, the United States will continue its noncitizen transportation operations unabated. I urge you to immediately rescind the Order. If you do not do so, I am providing notice consistent with Section 1-10 .100 of the Justice Department’s Justice Manual that the United States intends to pursue all appropriate legal remedies to ensure that Texas does not interfere with the functions of the federal government. [Emphasis added]

As Breitbart News reported this week, the latest data reveals that the Department of Homeland Security has released about 173,000 border crossers and illegal aliens into the U.S. interior — some of which have been found to skip out on their quarantine and continue traveling into the country despite having coronavirus.

Since Biden took office, border crossers have been released into the U.S. interior without being tested for coronavirus. Many of them have coronavirus and continue traveling into the country on buses and commercial domestic flights, often paid for by Catholic Charities and other non-governmental organizations (NGOs).

From February 19 to April 22, as Breitbart News reported, the Biden administration had flown about 7,200 border crossers into the U.S. interior on domestic commercial flights. Border crossers are allowed to bypass photo identification requirements, boarding flights without a photo ID, and do not have to prove they are negative for the Chinese coronavirus.

John Binder is a reporter for Breitbart News. Email him at [email protected] Follow him on Twitter here.