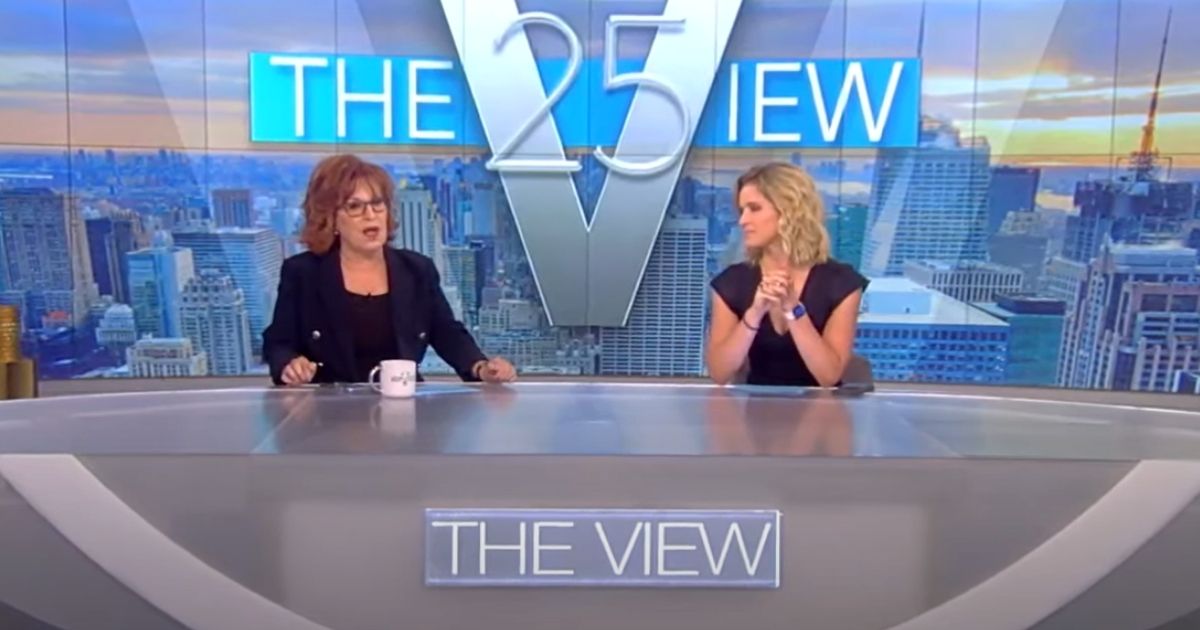 Friday was a rough day for “The View” as two hosts were kicked off mid-show after testing positive for COVID-19 moments before Vice President Kamala Harris was slated for an in-person interview.

Sunny Hostin and Ana Navarro, both of whom are fully vaccinated, were informed by production that they needed to leave the set.

“There seems to be something happening here that I’m not 100 percent aware of, can someone please appraise me of the situation?” co-host Joy Behar asked.

“Two of you to step off for a second,” a crew member said. “And we’re going to bring you back later.”

The liberal talking head then preceded to introduce Harris — but was stopped by the production team.

BREAKING: Sunny and Ana have been asked to leave the ABC studio because they tested positive for COVID.#TheView pic.twitter.com/DMIYrjHjid

After the break, Behar informed the audience of the situation.

“So since this is going to be a major news story any minute now,” she said, “what happened is that Sunny and Ana both apparently tested positive for COVID. No matter how hard we try, these things happen, they probably have a breakthrough case, and they’ll be OK, I’m sure, because they’re both vaccinated up the wazoo, you know, a lot of vaccines.”

According to Newsmax reporter Alex Salvi, Behar was seen coughing several times throughout the show despite not testing positive with her co-hosts.

Joy Behar has coughed into her hand on several occasions during the broadcast.

Shortly after the chaotic start of the show, Harris conducted the interview from another part of the building, wearing headphones because of the rushed nature of the situation.

The vice president used the softball interview, paired with the unusual situation, to promote vaccines.

“Sunny and Ana are strong women and I know they’re fine, but it really also does speak to the fact that they’re vaccinated and vaccines really make all the difference because otherwise we would be concerned about hospitalization and worse,” Harris said.

.@VP Harris: “Sunny [Hostin] and Ana [Navarro] are strong women and I know they’re fine, but it really also does speak to the fact that they’re vaccinated and vaccines really make all the difference because otherwise we would be concerned about hospitalization and worse.” pic.twitter.com/m5NMwT5dk8

This bizarre caught-on-camera moment serves as a product of the time.

Although the interview was already going to be a free pass for Harris, the situation took some of the pressure off her performance.