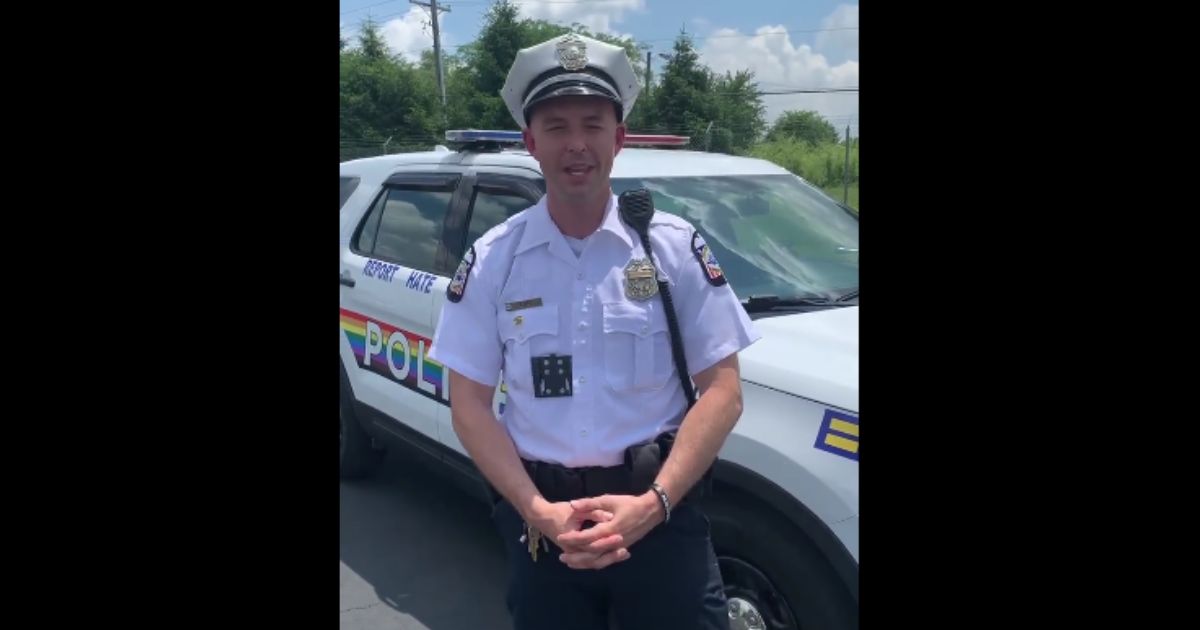 Leftists have dubbed the month of June “Pride Month,” and many businesses have plastered rainbows on everything from their offices to their social media accounts in an attempt to display their wokeness.

Sadly, the troubling trend has now made its way to departments tasked with keeping the public safe.

In a video posted to Twitter on Thursday, the Columbus, Ohio, Police Department unveiled a cruiser adorned with various rainbows, LGBT flags, and the words “Report Hate Crimes” and “Love Is Love.”

Officer Shawn Lutz, who declared himself an “LGBTQIA+ liason officer,” introduced the video.

Make sure to say hi to Officer Lutz when you see him out and get a photo with our PRIDE cruiser! pic.twitter.com/2BMcCWI5gj

As Christians in America, there are two basic concerns we should note about this political stunt by the Columbus Police Department.

First, God created marriage to be enjoyed between one man and one woman. Christians understand homosexuality is a sin, as is attempting to change the gender God gave us.

That is not to say we should hate anyone who is gay or transgender. We are all sinners, and Jesus calls us to love one another despite our sins.

However, there is a difference between loving someone and encouraging sin. Sometimes, the most loving thing to do is to identify sin in an appropriate way to help our neighbors overcome it.

When CPD advocates for “pride” and plasters rainbows all over a cruiser, it is encouraging others to continue living a life of sin, which is not the Christian way.

Yet just because you can do something does not mean you should, and that brings us to the second concern Americans ought to have with this display.

By using its resources to push the LGBT agenda, CPD is jeopardizing its ability to do its actual job. Each hour spent designing and promoting this new vehicle in the name of “pride” is one less hour spent on ensuring public safety.

After Hearing Wife's Voice, Cop Who Made It Into Uvalde Hallway Encountered a Jaw-Dropping Obstacle: Testimony

Furthermore, police officers ought to conduct themselves in a manner that demands a certain level of respect so that they can deter crime. By driving around in this rainbow vehicle, Columbus police officers are making themselves a laughingstock to the criminals they are supposed to stop.

Multiple Twitter users said they wished the department would focus on stopping crime rather than virtue-signaling.

Maybe you guys could cut down on the soaring murder rate in the city instead of this?

I’m sure that police car will strike fear in the hearts of criminals.

Maybe focus on the out of control crime as opposed to decorating the cars to make everyone feel warm and fuzzy for a month.

No matter where you fall on the political spectrum, we all must acknowledge the danger of turning public safety officers into political pawns. Police departments must focus on fighting crime, not promoting the left’s agenda.