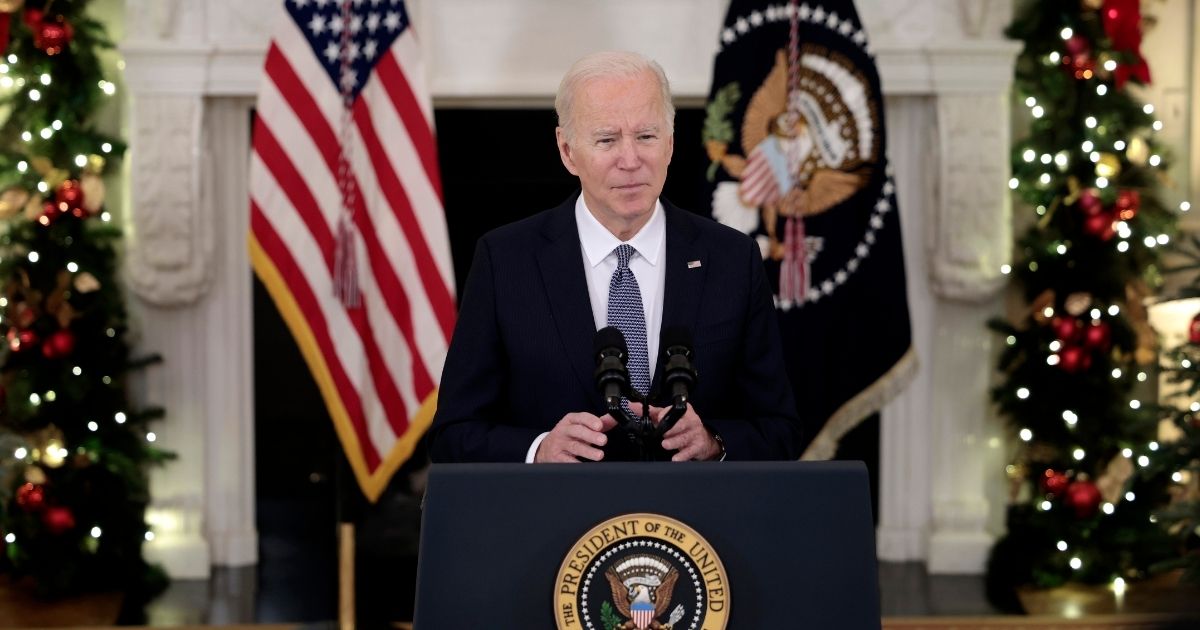 Gosh, the Biden White House is so terrible at optics.

Whether it’s cutting President Joe Biden off in the middle of a live stream, awkwardly herding the elderly president away from reporters, or inadvertently drawing attention to the fact that he has an illegitimate grandchild no one wants to talk about, it’s like they’re just asking for controversy.

First lady Jill Biden already had a pretty tough act to follow in the way of Christmas decorations, since her predecessor, Melania Trump, was known for her lavish holiday displays.

That’s already gone poorly — not only are Dr. Biden’s decorations terrible, even when not compared to the impeccable style of the previous FLOTUS, but she also decided to show them off to a group of schoolchildren who were forced to socially distance and wear masks while she did neither.

This wasn’t even the most tone-deaf aspect of the first lady’s decorations. Oh no, it gets much worse.

Somehow, neither Jill Biden nor anyone who worked with her to roll out the underwhelming holiday décor considered that drawing attention to the Bidens’ grandchildren might not be a good idea.

You see, the notorious Hunter Biden, who was addicted to crack cocaine until all of five minutes ago when he shifted his focus to selling his amateur art for suspiciously high prices in what we’re assured is a totally legitimate and ethical art career, also happens to have an illegitimate child that no one in the Biden family has met or seems to care about.

So it was probably a really bad idea to hang stockings for each of the Biden grandchildren on the fireplace in the White House State Dining Room and exclude little Navy Roberts, the 3-year-old daughter of a former stripper whom Hunter Biden was forced to concede he fathered after a paternity test proved as much in 2019.

The Bidens were in no way forced to draw attention to the fact that they seemingly only care for the grandchildren who are convenient to have in the public eye.

They did it all by themselves. And Twitter noticed.

Doesn’t Biden have seven grandchildren? One seems to be missing… https://t.co/3p8c8lavLh

So did the New York Post, which reported that the first family has not met Navy.

Oh, but it gets worse.

President Joe Biden delivered a speech about the latest abysmal jobs report from the State Dining Room on Friday, and while much attention was paid to his alarmingly hoarse voice, you could also clearly see that the problematic stocking display had been cleared away.

Something sounds very off about Biden’s voice today pic.twitter.com/wDAm9WXHFv

So, let’s recap: Jill Biden decides to leave the inconvenient Biden grandchild out of her Christmas decorations. Twitter notices. The White House removes the stockings. And then… has Biden give a speech in front of the fireplace where the stockings previously hung?

What were they thinking?

I don’t even want to know what kind of incomprehensible incompetence we will see out of the White House next.