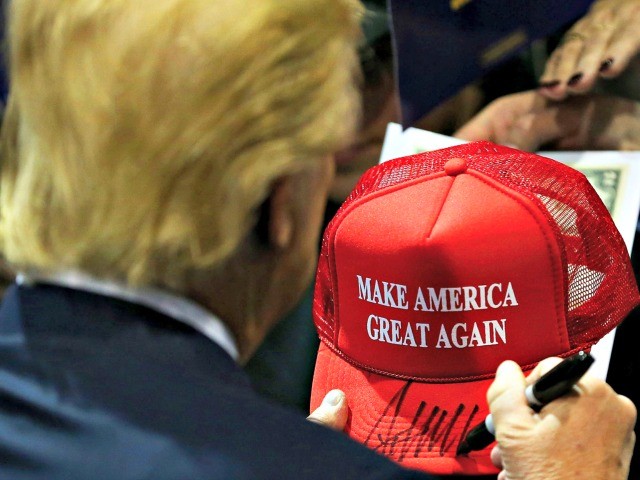 Olivia Winslow and Camryn Amy, both of Wilmington, will be sentenced for those charges in September. Plea paperwork in court records indicate that prosecutors will not seek prison time. Other charges including assault, attempted assault and conspiracy were dropped by prosecutors as part of the plea deal struck Monday.

In video posted online in 2020, Winslow and Amy apparently tore up signs and took a MAGA hat from Trump supporters.

“Students For Trump” posted the video in which one of the women appeared to grab the cap off the ground and throw it.

“That’s somebody else’s hat,” a young boy said when the other woman picked it up and walked away:

Because he was simply showing his support for President @realDonaldTrump.

The person behind the camera asked the woman repeatedly to give the hat back while following the pair through the parking lot.

“A man who also tried to get the hat back with the boy and the mother allegedly got punched in the face by one of the suspects,” Breitbart News reported at the time.

Moments later, one of the women appeared the throw the cap over a fence before approaching the woman behind the camera.

Winslow and Amy were arrested shortly after the incident occurred, and Wilmington police officers told reporters they identified them once they reviewed the video, the News Journal article read.

Since September 2015, there had been 334 reported hate crimes against Trump supporters, a Breitbart News article dated March 2019 stated.

“These reported crimes include physical assaults, vandalism, and the encouraging of violence against individuals and groups based only on their personal beliefs,” the outlet noted.