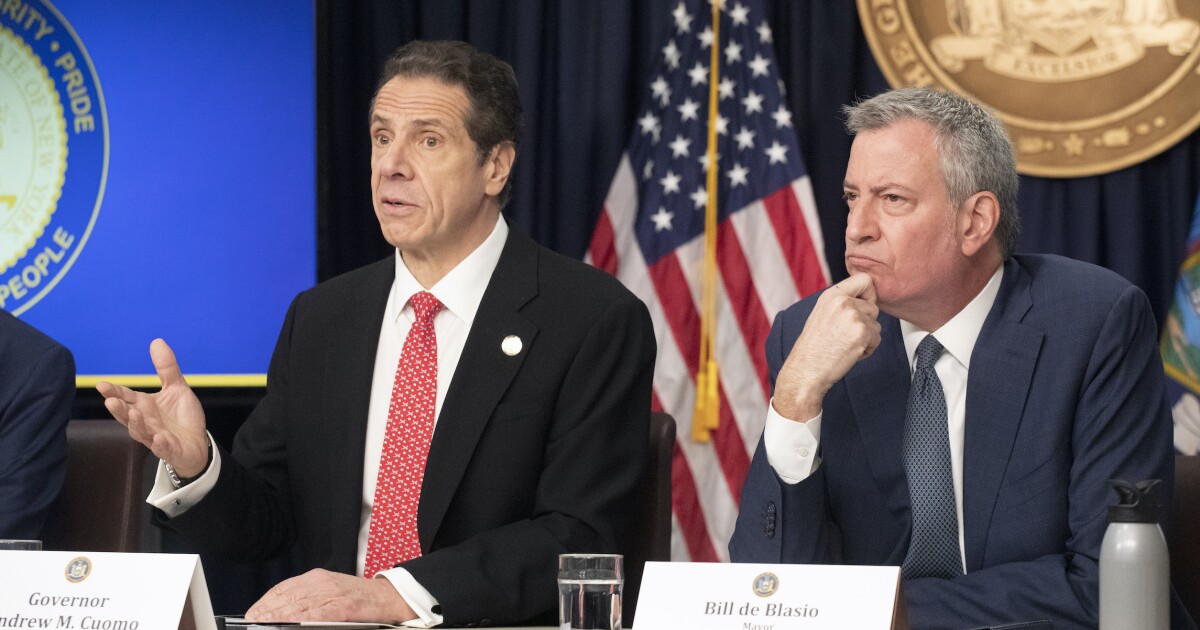 Dozens of New York City candidates filed a lawsuit seeking to toss the petitioning requirement for candidates, citing the spread of COVID-19.

More than 100 politicians in the Big Apple filed the lawsuit in Manhattan Supreme Court on Monday with the goal of nixing the requirement to gather signatures in order to appear on the June primary ballots, according to the New York Daily News.

Among the signees are some major names in city politics. The first plaintiff listed in the lawsuit is Jumaane Williams, New York City’s public advocate and the first in line to succeed Mayor Bill de Blasio, who, along with Gov. Andrew Cuomo, is a defendant in the case. Brooklyn Borough President Eric Adams and mayoral candidate Maya Wiley are also signed on, along with some City Council members.

The lawsuit contends that as the current requirements stand, candidates “must put their health at extreme risk, and must put the health of the public at risk, in what can best be described as a ‘State-wide super spreader event.’”

The candidates suing Cuomo and de Blasio cite the state’s constitution that mandates that the “protection and promotion of the health of the inhabitants of the state are matters of public concern.”

The petition-gathering requirements were recently lowered by 70% in the face of the pandemic, but the plaintiffs do not think that is enough given the transmissibility of the coronavirus, especially given the spread of new variants of the contagion.

Erica Vladimer, a candidate for a Manhattan seat that chooses local judges, said that if state lawmakers are “not going to take this as seriously as we are, we’re going to request judicial intervention.”

“The potential for thousands of people to die stands,” Vladimer said. “That’s just not OK.”

Richard Azzopardi, a spokesman for the governor, pointed out that the matter was already recently addressed by lawmakers and the changes were endorsed by Cuomo.

“The legislature passed a bill to address this issue less than a month ago, which the governor signed,” Azzopardi said. “They are back in session and we are not going to unilaterally overrule the will of the legislature on a law they just passed while they are in session.”

New York City was one of the hardest-hit areas at the start of the pandemic nearly a year ago. Since COVID-19 began spreading across the globe, the city has tallied almost 1.5 million confirmed infections, resulting in more than 44,500 deaths. Infections and deaths are trending downward statewide. New cases have declined by 35% over the past two weeks, and new deaths have dropped by 8%.