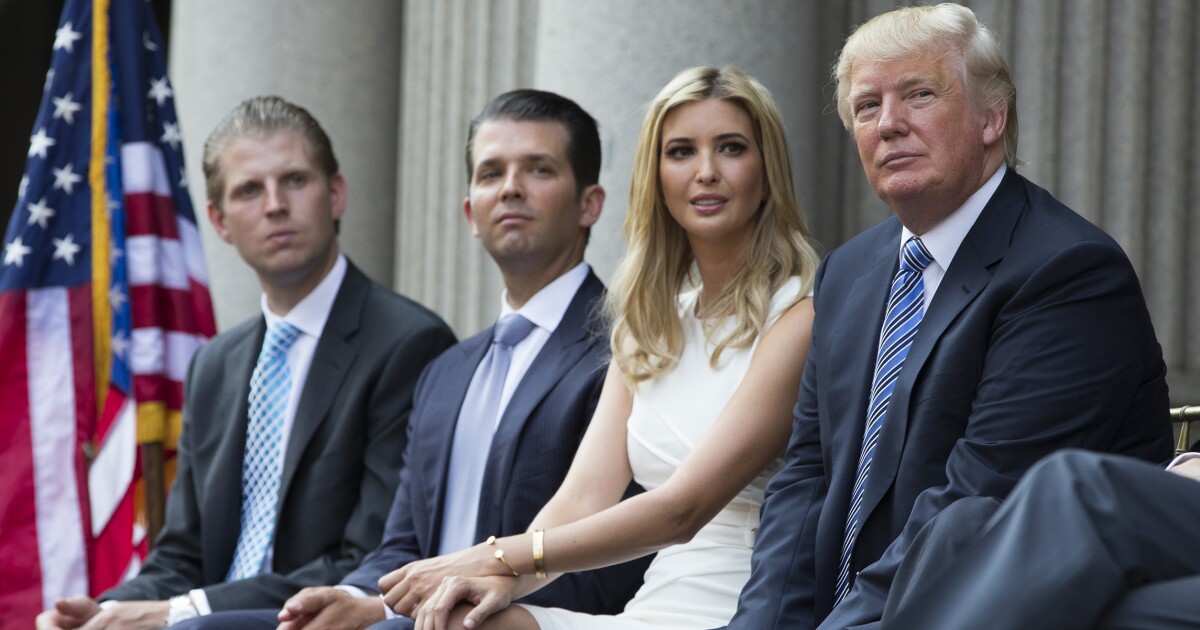 Nearly three-fourths of Republican voters said they somewhat or strongly approve of President Trump preemptively pardoning his family members before he leaves office in January, according to a national poll.

Seventy-two percent of GOP voters approved of the potential move, the Hill-HarrisX survey found. Of those, 39% strongly approved and 33% somewhat approved. Just 28% of Republicans said they would not approve of familial pardons.

The results were essentially swapped when Democrats were asked the same question. Seventy-seven percent of Democratic voters said they disapproved of the potential pardons, while just 23% expressed approval.

When the entire survey population of 3,785 was included, a majority (55%) said it did not support preemptive family pardons.

While Trump has still refused to concede the presidential contest after his loss to President-elect Joe Biden, there have been reports that the topic of pardons has been raised. CNN reported Nov. 11 that the president has been asking about pardons for himself and his family and, according to one official, if he could preemptively offer pardons before the recipients are charged.

“Once he learned about it, he was obsessed with the power of pardons,” a former White House official told the network on condition of anonymity. “I always thought he also liked it because it was a way to do a favor.”

“Support for Trump preemptively pardoning his family members is slightly lower than his overall approval, suggesting the move will be controversial and opinions on it will largely break around partisan lines,” said Dritan Nesho, CEO and chief pollster at HarrisX.

“But the who, what, and why of any eventual pardon, as well as the context in which it is done and the messaging around it, will determine how the public ultimately reacts to the action. It's likely that voters will disapprove of the action but also do not think it is an important issue,” the pollster added.

The poll was conducted between Dec. 3-7 and has a plus or minus 1.58-point margin of error.