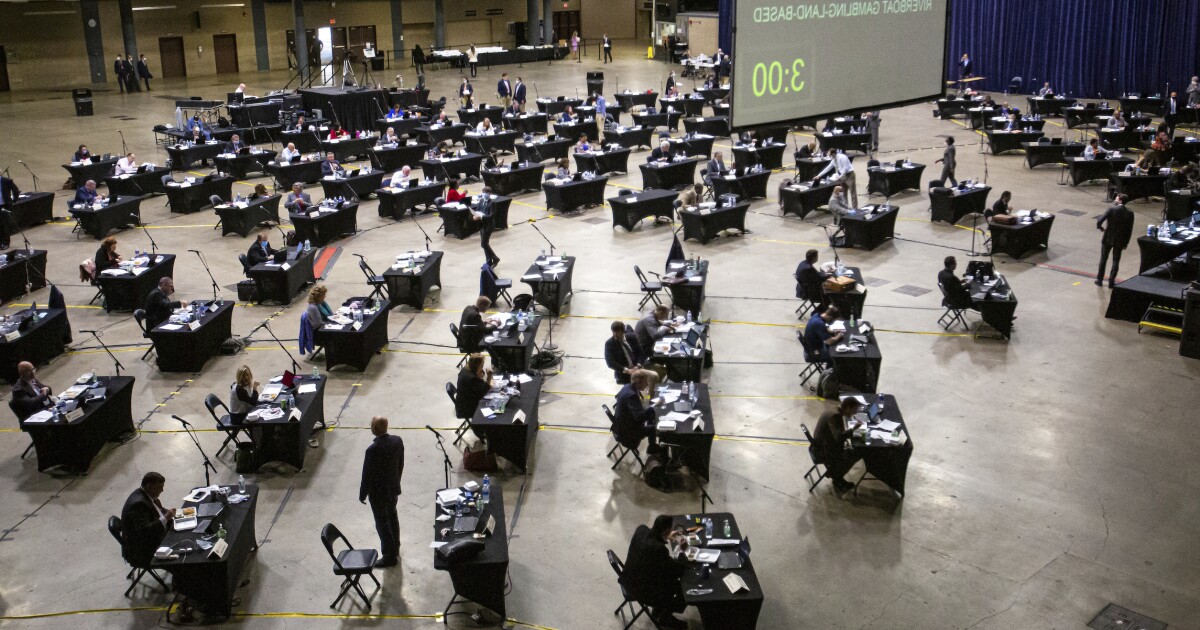 Illinois lawmakers spent nearly all of 2020 at home, choosing to let Gov. J.B. Pritzker navigate the COVID-19 pandemic without their guidance and seeing only a handful of new laws take effect in 2021. But, the final days of their session saw a flurry of legislation along with some high-profile bills that stalled out.

While most news reports followed the end of America’s longest-serving legislative leader and the culmination of a year of vindication for a long-ignored Black Caucus agenda, Illinois lawmakers also sent Pritzker legislation that would grant prejudgement interest of 9% annually for wrongful death or personal injury cases. Illinois has historically not granted interest in judgments of this kind.

Supporters, including the Illinois Trial Lawyers Association, said the bill would ensure defendants and insurers no longer benefit from delaying resolution of meritorious injury cases.

Rather than accepting responsibility for their wrongful conduct and fairly compensating injured people or their families, insurance companies, corporations and other wrongdoers frequently deny timely justice to those injured or killed due to negligence,” ITLA President Larry Rodgers Jr. said. “If signed by the governor, HB 3360 will end these maneuvers and more fully and fairly compensate victims for the harm they suffer. Defendants and insurers will no longer benefit from delaying resolution of meritorious injury cases that will eventually go to trial. The wrongdoers will now be liable for their delay tactics in the form of prejudgment interest on all elements of damages awarded by a jury.”

“Speaker Madigan is a known ally of the state’s trial bar,” said American Tort Reform Association president Tiger Joyce. “It seems he’s hoping to give this parting gift to his trial lawyer pals in his last days of leadership and simultaneously set up his colleague Sen. [Don] Harmon for future political aspirations. I implore Gov. Pritzker to veto it and instead look to his neighboring governors and pass much-needed liability reforms.”

Also notable is what they did not pass, including Pritzker’s initiative to decouple the state from a federal tax law change that will allow an estimated 440,000 Illinois businesses a larger tax deduction.

Tempers flared in the waning hours of session on Wednesday morning, as state Rep. Mike Zalewski, D-Riverside, did his level best to convince lawmakers that the measure was a reasonable decoupling from a tax change at the federal level.

“We’re simply going to decouple from a federal provision that we have every right to do,” he said.

Republicans called the legislation an 11th-hour tax hike on small businesses already struggling through a pandemic and subsequent shutdowns.

The issue could be brought forth in the new session. Other Democrats warned the state’s budget deficit could expand by up to $1 million, which was the high end of the estimated total state taxes businesses plan to deduct in losses.

Also left by the wayside was ethics reform. An amended SB 3071 would have instituted greater transparency regarding where lawmakers made their money and had ownership interest as well as created a 6-month cooling-off period for lawmakers and other state workers before they could register as a lobbyist. The issue came to a head in the last session when lawmakers became snared in federal corruption investigations, one of which involves but doesn’t implicate Madigan. He denies any wrongdoing.

“The single largest concern we have right now is ethics, and I will continue to push for comprehensive ethics reform until it is achieved,” said Plainfield Republican state Rep. Mark Batinick. “Until we adopt better ethics laws, we will never be able to permanently solve our state’s dire budget issues.”