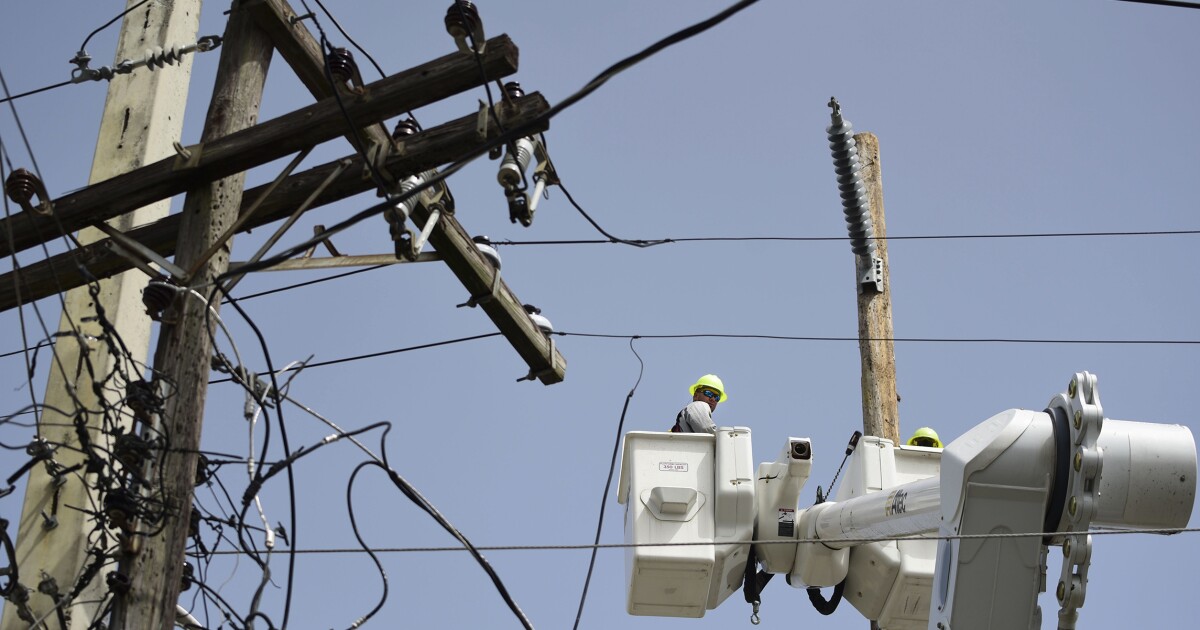 The deep freeze that fostered rolling blackouts across western Missouri earlier this week is a reminder the state needs to invest in energy infrastructure, the president of Missouri’s largest electric utility told the Missouri Public Service Commission (PSC) on Friday.

“Utilities, in general, need to plan for extreme weather and make sure that we’re investing in the grid infrastructure to enable it to be reliable and resilient, and that goes for our energy centers as well,” Ameren Missouri President Marty Lyons said, noting the severe cold that froze natural gas in their tanks underscores the need to diversify power sources.

“It’s important to have strong connectivity around the region, whether that be through electric transmission lines or through gas transmission to make sure that when we have to buy power or gas, that we can import that or make it available to others,” he said.

Lyons was appearing before the PSC to file Ameren Missouri’s updated Smart Energy Plan (SEP), which outlines a five-year program to invest $8.4 billion in green power and infrastructure over the next five years.

Ameren Missouri is the state’s largest electric utility, serving more than 1.2 million homes and businesses in central and eastern Missouri, including 132,000 customers in St. Louis County.

Lyons said steady, consistent investments in infrastructure resilience were key to ensuring power to Ameren Missouri customers during the deep freeze remained on and when there were outages, they were brief.

“I think it really underscores the importance of plans like this,” he said.

The American Society of Civil Engineers gave Missouri a “poor” grade in a 2018 evaluation of the state’s energy infrastructure, ranking the it 47th in cost, efficiency and regulatory policy.

Under Ameren Missouri’s updated SEP, the company will install more than 1 million smart meters by 2025 as part of its Integrated Resource Plan (IRP) goal to be net-zero carbon emissions by 2050.

The company invested last year in more than 200 smart switches, 14 upgraded substations and more than 133,000 smart meters to modernize Missouri’s infrastructure, it said.

Ameren Missouri’s long-term goal is to expand its clean-energy-production capacities by investing in hydro, solar and nuclear energy facilities over the next 20 years and phasing out all coal-based plants by 2042. After acquiring its first wind energy plant in 2020, it purchased another last month.

The SEP will – and is – saving customers money, Lyons said, noting Ameren Missouri's rates have declined to 20% below the national average because of the investments.

“We’ve actually had the ability to reduce rates twice as we’ve implemented this plan,” he said. “We had a 6 percent rate cut in 2018 and another 1.5 percent rate cut in 2020, which on average saves residential customers about $87 on an annual basis. We’re excited to be able to make these investments to improve reliability for our customers while keeping rates affordable.”

The winter weather and sustained plunges into temperatures below zero that froze natural gas in wells across Texas, Oklahoma and southwest Missouri underscored the hazards of reliance on one source for energy generation.

The Missouri Public Utility Alliance (MPUA) warned this week that natural gas prices had risen more than 200 times across the state in one week.