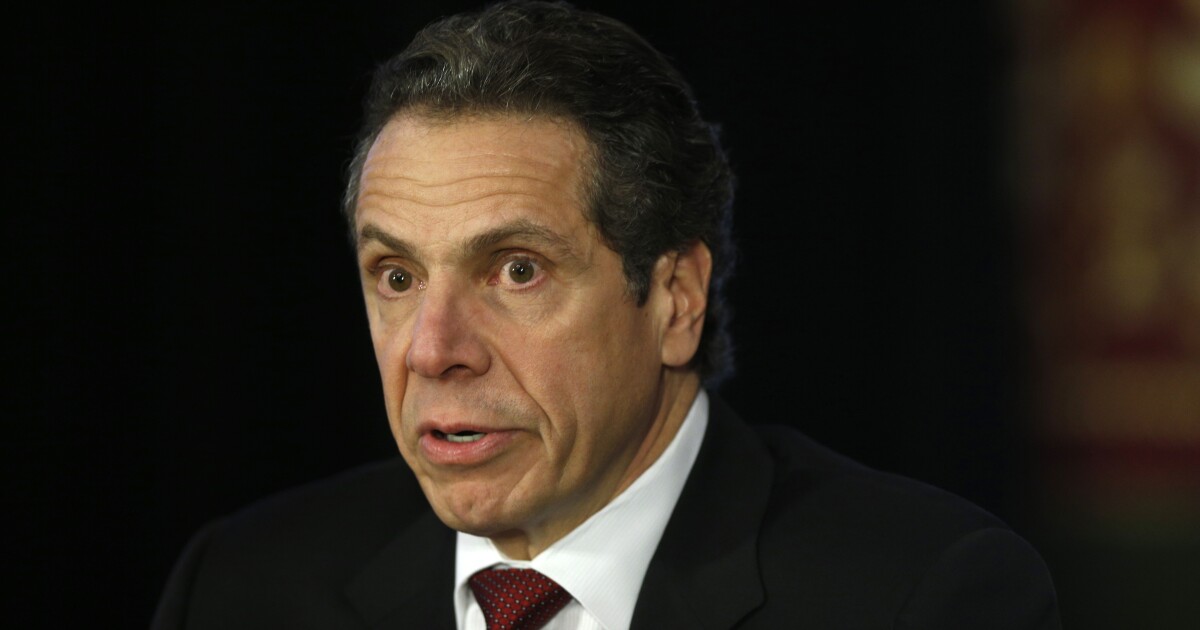 New York Gov. Andrew Cuomo announced he would be meeting with governors from six other northeastern states this weekend for an “emergency summit” as the number of COVID-19 cases continues to increase.

“We want to make sure that we can align policies as much as possible or at least be aware of what the other states' policies are,” Cuomo told reporters Friday. “The ideal is alignment. That is not a reality because different states do have different situations and they're in different positions.”

Later in the day, Cuomo went on cable news programs to respond to remarks from President Donald Trump claiming that New York would not be receiving a new coronavirus vaccine at the same time as other states because of Cuomo's policy decisions.

“We won’t be delivering it to New York until we have authorization to do so, and that pains me to say that. This is a very successful, amazing vaccine,” Trump said. “So the governor, Gov. Cuomo, will have to let us know when he is ready for it. Otherwise, we can’t be delivering it to a state that won’t be giving it to its people immediately.”

But Cuomo, appearing on MSNBC's “Live with Katy Tur” program, pushed back against that assertion.

“None of what he said is true,” Cuomo said. “Surprise, surprise. We're all excited about the possibilities about a vaccine. It's not that people don't trust the vaccine companies, the pharmaceutical companies. … But an overwhelming percentage of Americans are worried about political interference in the vaccination process and the approval process by the president. The American people trust the drug company more than they trust the president.”

In a news release, New York Attorney General Letitia James indicated that she would file a lawsuit if New York is denied access to the vaccine.

“This is nothing more than vindictive behavior by a lame-duck president trying to extract vengeance on those who oppose his politics,” James said. “Once there is a fully-developed COVID-19 vaccine, we are confident that a Biden-Harris Administration will provide New York with the proper number of doses so that our state’s residents can achieve immunity. If dissemination of the vaccine takes place in the twilight of a Trump Administration and the president wants to play games with people’s lives, we will sue and we will win.”

Cuomo has met with the governors from Connecticut, Delaware, Massachusetts, New Jersey, Pennsylvania and Rhode Island previously to discuss COVID-related strategies. And he has stayed in touch with them throughout the crisis. He noted that he met with Connecticut Gov. Ned Lamont and New Jersey Gov. Phil Murphy earlier in the day.

For instance, the governor noted that his decision to close restaurants and bars for in-person service at 10 p.m. was a result of aligning with New Jersey’s policy.

No immediate changes, though, are expected to come out of the summit.

“We want to see our policy changes we just made if they have any effect over the weekend … and then we will see where we are on Monday,” Cuomo said.

While reports of a vaccine breakthrough made news earlier in the week, Cuomo cautioned that it’s too early to change behaviors or ease restrictions.

“There is a vaccine on the horizon, but it is a further horizon than most people think,” he said. “If it takes six months, nine months to distribute a vaccine, (and) I think we're talking about that range, you cannot sustain a rising COVID rate until you have a vaccine.”

New York reported a positivity rate of nearly 2.7 percent on 203,721 tests on Thursday and 24 people died because of COVID-19.