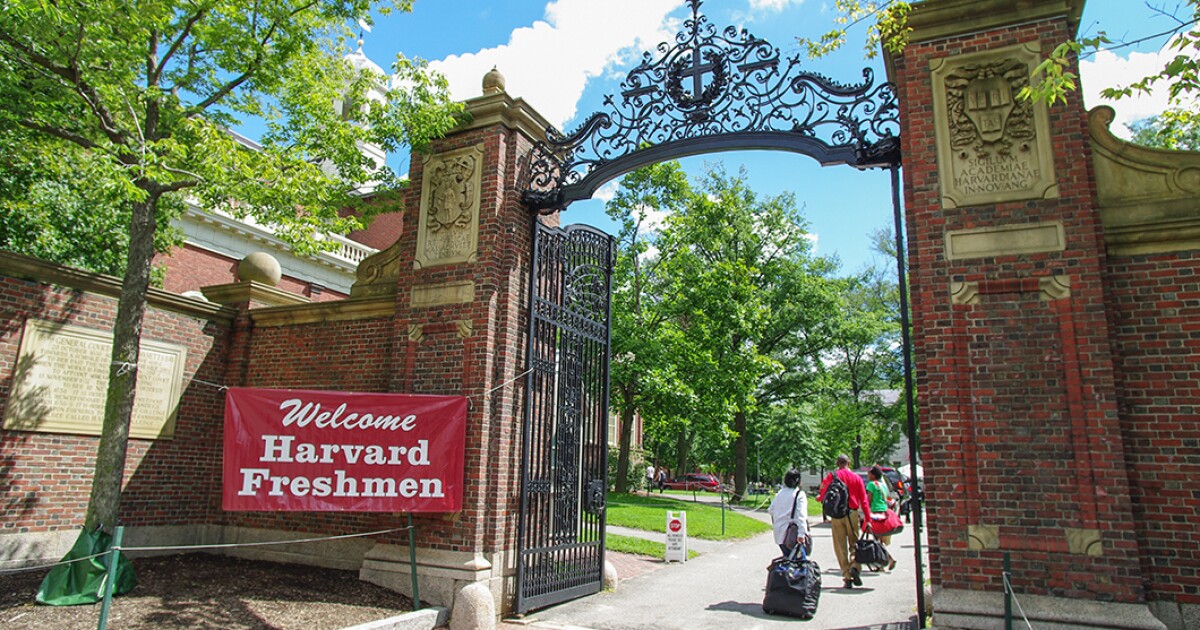 A federal appeals court ruled in favor of Harvard University on Thursday, upholding a 2019 district court ruling that found the school’s affirmative action admissions policies did not violate national civil rights laws, despite claims and testimony that the school’s policies amounted to willful discrimination against Asian American applicants.

It is possible that the case will now head for the Supreme Court.

The group Students for Fair Admissions brought a lawsuit against Harvard in 2014 alleging that the school’s leaders “have employed and are employing racially and ethnically discriminatory policies and procedures in administering the undergraduate admissions program at Harvard College in violation of Title VI of the Civil Rights Act of 1964” and that “Harvard’s undergraduate admissions policies and procedures have injured and continue to injure Plaintiff’s members by intentionally and improperly discriminating against them on the basis of their race and ethnicity.”

But U.S. District Court Judge Allison Burroughs, appointed to the federal bench by former President Barack Obama, ruled in September 2019 that Harvard’s affirmative action policies were properly tailored and followed the law, lavishing the school with praise in her ruling.

“For purposes of this case, at least for now, ensuring diversity at Harvard relies, in part, on race conscious admissions. Harvard’s admission program passes constitutional muster in that it satisfies the dictates of strict scrutiny,” Burroughs said. “The students who are admitted to Harvard and choose to attend will live and learn surrounded by all sorts of people, with all sorts of experiences, beliefs and talents. They will have the opportunity to know and understand one another beyond race, as whole individuals with unique histories and experiences. It is this, at Harvard and elsewhere, that will move us, one day, to the point where we see that race is a fact, but not the defining fact and not the fact that tells us what is important, but we are not there yet. Until we are, race conscious admissions programs that survive strict scrutiny will have an important place in society and help ensure that colleges and universities can offer a diverse atmosphere that fosters learning, improves scholarship, and encourages mutual respect and understanding.”

Students for Fair Admissions appealed that ruling last year, but on Thursday, a two-judge panel of the U.S. Court of Appeals for the 1st Circuit — George W. Bush appointee Chief Judge Jeffrey Howard and Bill Clinton appointee Circuit Judge Sandra Lynch — sided with the district court and with Harvard.

“The district court did not clearly err in finding that Harvard did not intentionally discriminate against Asian Americans,” the appeals court duo said in their ruling, adding, “Harvard has an ‘ongoing obligation to engage in constant deliberation and continued reflection regarding its admissions policies.’ The issue before us is whether Harvard's limited use of race in its admissions process in order to achieve diversity in the period in question is consistent.”

Students for Fair Admissions alleged that “Harvard is using racial classifications to engage in the same brand of invidious discrimination against Asian Americans that it formerly used to limit the number of Jewish students in its student body” and that “statistical evidence reveals that Harvard uses ‘holistic’ admissions to disguise the fact that it holds Asian Americans to a far higher standard than other students and essentially forces them to compete against each other for admission.” The group contended that “there is nothing high-minded about this campaign of invidious discrimination” and said Harvard’s policies engaged in improper racial balancing and impermissibly used race as a deciding factor in admissions.

The Justice Department had sided with Students for Fair Admissions, including sending a friend-of-the-court brief to the appeals court.

“Harvard College receives millions of dollars in federal taxpayer-financed assistance every year. By accepting federal funding, Harvard subjected itself to Title VI’s stringent restrictions on the use of race,” the DOJ told the court this year. “As Harvard undisputedly considers applicants’ race when selecting its incoming freshman class, it bore the burden at trial of proving that its consideration of race in the admissions process is narrowly tailored to a cognizable compelling interest. Yet the unvarnished record shows that Harvard’s use of race is hardly tailored at all. The trial record established that Harvard actively engages in racial balancing that Supreme Court precedent flatly forbids.”

Assistant Attorney General Eric Dreiband of the Civil Rights Division said at the time that “unconstitutionally partitioning Americans into racial and ethnic blocs harms all involved by fostering stereotypes, bitterness, and division among the American people.”

Nevertheless, the appeals court sided with Harvard, setting up a possible Supreme Court fight if the high court takes up the case.

“Today’s decision once again finds that Harvard’s admissions policies are consistent with Supreme Court precedent, and lawfully and appropriately pursue Harvard’s efforts to create a diverse campus that promotes learning and encourages mutual respect and understanding in our community,” Harvard said Thursday. “As we have said time and time again, now is not the time to turn back the clock on diversity and opportunity.”

Edward Blum, the president of Students for Fair Admissions, vowed the fight was not over. “While we are disappointed with the opinion of the First Circuit Court of Appeals, our hope is not lost,” he said. “This lawsuit is now on track to go up to the U.S. Supreme Court, where we will ask the justices to end these unfair and unconstitutional race-based admissions policies at Harvard and all colleges and universities.”