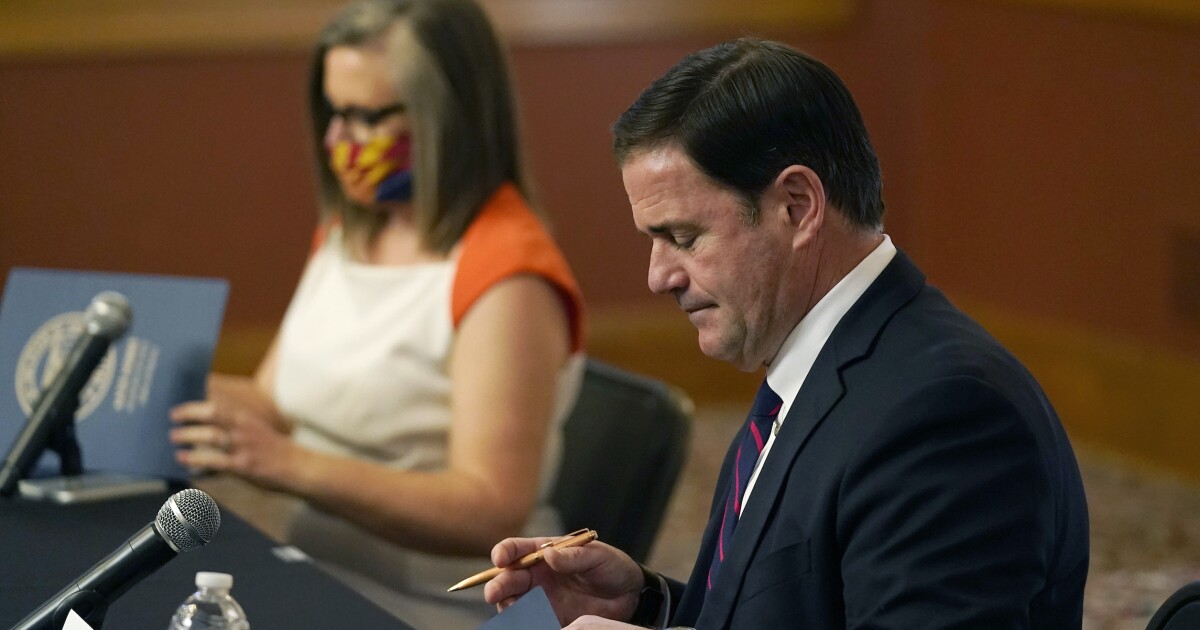 Arizona certified the results of the presidential election, handing another win to President-elect Joe Biden even as President Trump disputes the outcome.

Arizona Secretary of State Katie Hobbs, a Democrat, signed off on the election results Monday alongside Gov. Doug Ducey and Attorney General Mark Brnovich, both Republicans. Biden won the battleground state by 10,457 votes, a margin of about 0.3 points.

Ducey championed the integrity of Arizona’s election process during the certification.

“We do elections well here in Arizona. The system is strong, and that’s why I bragged on it so much,” the governor said.

While the state was certifying its election results, just down the road, Trump’s personal attorney Rudy Giuliani and Trump campaign senior legal adviser Jenna Ellis participated in an unofficial hearing hosted by some GOP lawmakers to discuss allegations of election fraud.

During the meeting, Giuliani claimed that illegal immigrants voted in Arizona’s election, raised questions about the efficacy of the vote tabulation machines, and suggested that the Arizona Legislature take an active role in the election results.

“The officials certifying have made no effort to find out the truth,” Giuliani said during the meeting, “which seems to me gives the state Legislature a perfect reason to take over the conduct of this election, because it’s being conducted irresponsibly and unfairly. And why doesn’t your state Legislature exercise its responsibility under the Constitution?”

After the certification, Ellis tweeted that she wanted the legislature to get involved.

“DURING the #ArizonaHearing on election integrity, Arizona Secretary of State and Governor rush through certifying FALSE election results! This is misconduct and disenfranchising legal AZ voters! The legislature MUST ACT to stop this blatant corruption!” Ellis said.

The Monday certification comes as the Trump campaign continues a barnstorm of largely unsuccessful lawsuits contesting the election results in battleground states.