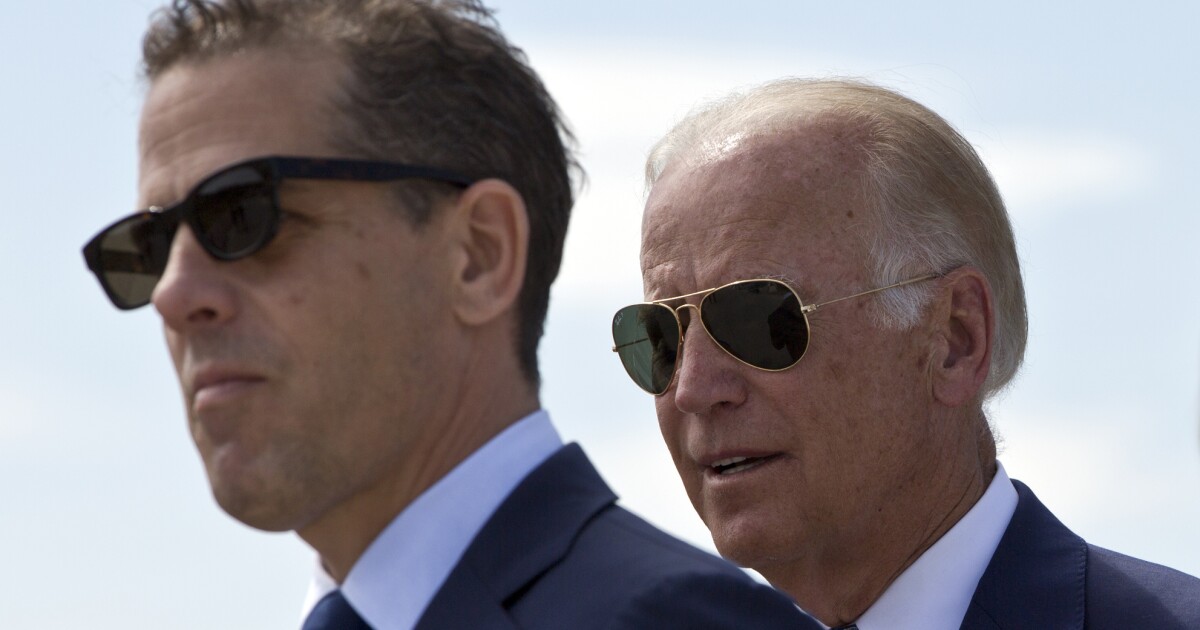 Hunter Biden's art exhibition will reportedly carry on despite newly surfaced text messages that show him repeatedly use the N-word.

President Joe Biden’s son, who is now a “full-time artist,” initially announced a partnership with SoHo art dealer Georges Berges last year and said the duo would hold an exhibition in New York this fall. He intends to sell his artwork there from $75,000 to $500,000 per piece, according to a new report.

Biden, who faced multiple scandals involving his laptop and family's financial dealings, is again facing scrutiny after reports revealed multiple uses of the N-word in conversations with his lawyer that took place between 2018 and 2019.

“How much money do I owe you?” Biden asked in a December 2018 text exchange with his lawyer, George Mesires, who is white. “Becaause [sic] n**** you better not be charging me Hennessy rates.”

The Berges gallery, however, did not return a request from the Washington Examiner about Biden's use of the N-word in text messages and whether that racial slur will halt the show.

The media have also remained overwhelmingly silent about the profanity-laced texts.

However, the repeated use of the slur as well as the media’s silence drew backlash from conservatives, including from the sons of former President Donald Trump.

“It would be the No. 1 story on CNN, MSNBC, and the usual outlets for weeks straight,” Donald Trump Jr. said if he had written such a slur in an interview last week.

Biden revealed his artistic hobby in 2020, as well as his ambitions for an art show earlier this year.

In February, Biden said his Los Angeles-based art studio kept him “sane” and gave him an outlet that keeps him away from the drug and alcohol addictions he battled for years.

“The one thing I have left is my art. It’s the one thing they can’t take away from me or conflate with anything else,” he said at the time.

“For years, I wouldn’t call myself an artist. Now I feel comfortable saying it,” Biden continued. “You have to be really focused in order to be able to alter it to your own imagination.”

“I want to protect this place,” he added, referencing his studio.

Biden described his work as not being “from emotion or feeling,” which he said “are both very ephemeral.”

“For me, painting is much more about kind of trying to bring forth what is, I think, the universal truth,” he said.

Berges described Hunter’s work as holding an “authenticity” that he “personally” loves.

“A lot of the issues that are thrown at Hunter is what makes him produce really great work,” he added.

Berges has faced his own criticisms, as the New York Post reports he has some ties to China.

He “regularly features works by Chinese artists and told a Chinese network that he was keen to open other art galleries in Beijing and Shanghai in 2015,” according to the report.

The art dealer has also praised China’s impact on the art world. In 2014, Berges told China Daily that he often thinks about how the country is shaping modern art.

“The questions that I always had was how’s China changing the world in terms of art and culture,” he said at the time.

The Last of the ‘Band of Brothers’ and Others Who Have...

Kerry Is ‘Customer of the Year for Chinese Concentration Camps’ and...