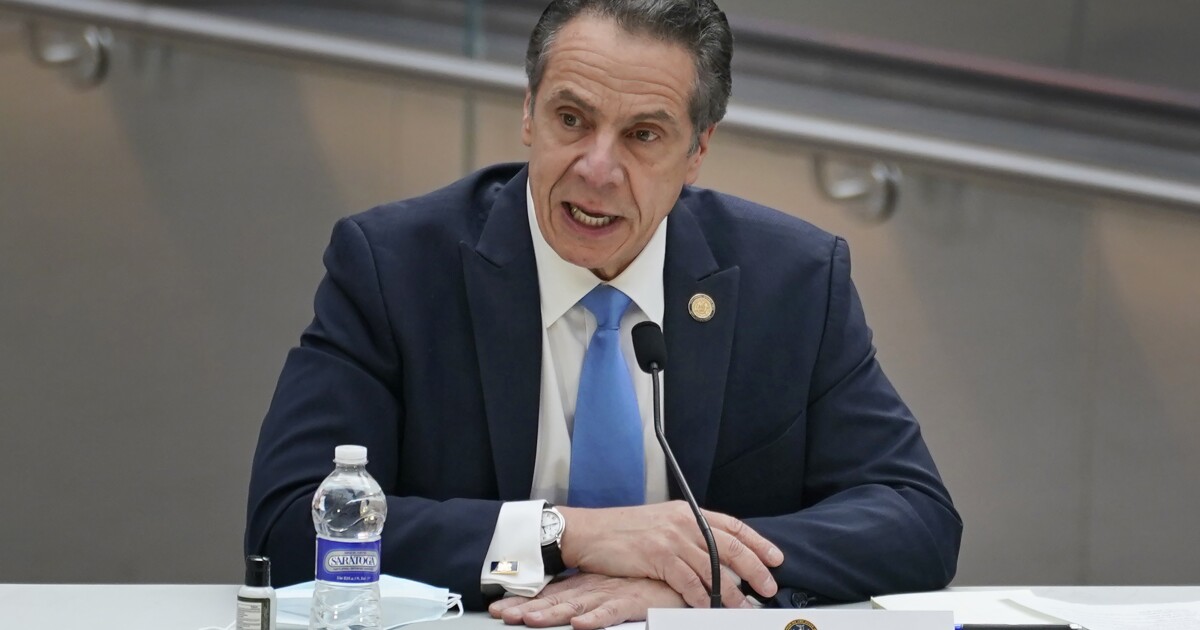 As New York tries to expedite the COVID-19 inoculation process, Gov. Andrew Cuomo urged the next groups to receive the vaccine to administer them with their own networks or staff.

That would mean organizations like the New York City Police Department could use city emergency medical technicians to give the injections to the force’s 36,000 officers.

“The teacher's union, the transit workers union, all these front line essential workers, please now think about organizing your own system so it alleviates the burden on the retail system, which is going to have to be dealing with the general public,” Cuomo told reporters Tuesday.

The call comes as the state plans to expand its network of vaccination sites as a greater percentage of the population becomes eligible to receive the vaccine. Currently, health care workers along with nursing home residents and staff can be vaccinated. The next phase will include essential workers as well as the general population aged 75 and older.

For the general population, Cuomo said the state has enrolled about 3,700 sites to administer vaccines and state officials are looking to add to that number. That network includes hospitals, pharmacies, medical practices, federally qualified health centers and other health care facilities.

Like many governors across the country, Cuomo has been critical of the slow administration of the vaccines. The state is currently averaging about 300,000 doses per week. At that rate, with two injections required per person to be fully vaccinated, it would take more than 16 months to take care of the state’s 20 million residents.

After calling out some hospitals on Monday for their lackluster performance in getting their workers vaccinated, Cuomo reiterated that again on Tuesday. Health care workers who are vaccinated can help prevent the spread to vulnerable individuals.

The governor said he’s been besieged by calls from health care workers who claim they cannot get a vaccine. Yet, reports from hospitals indicate that only half of their staff have received it.