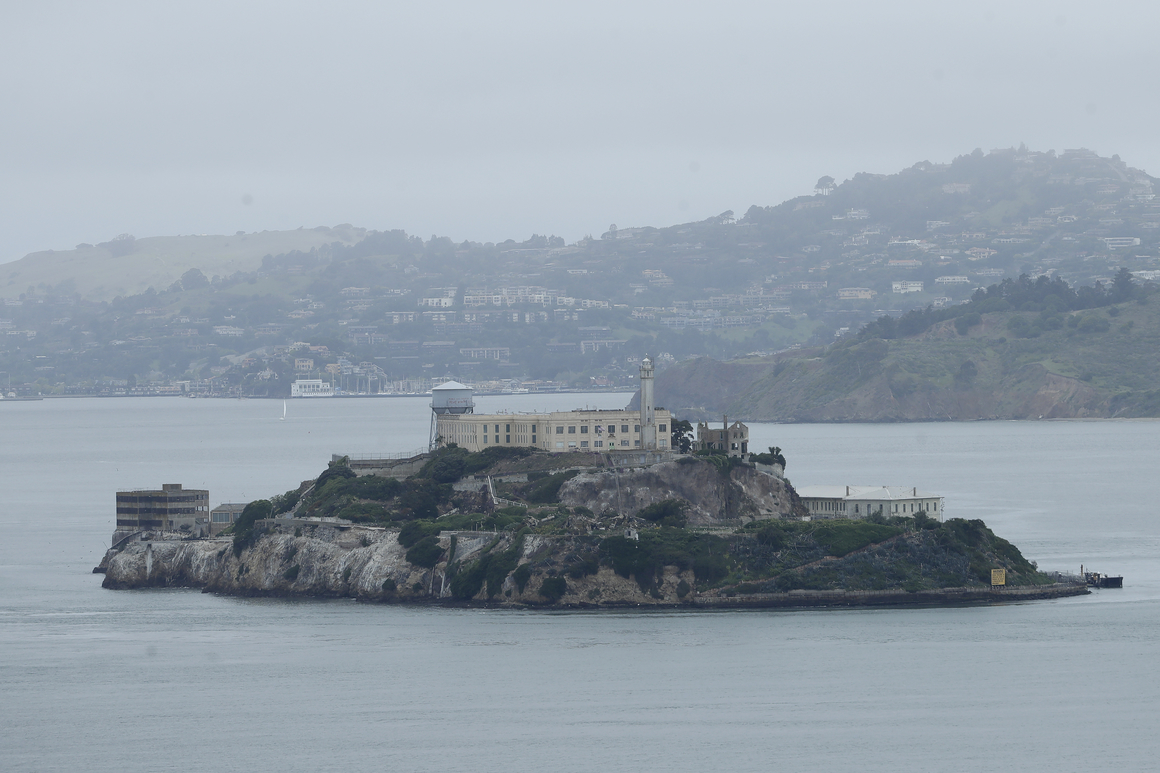 “Alcatraz was borne out of desperation,” said Haaland, who was accompanied by some of the dozens of people who occupied the island in 1969. “Out of this we gained a sense of community and visibility in the eyes of the federal government. But more than that, our Indigenous identities were restored.”

Haaland, who is from Laguna Pueblo in New Mexico and the first Native American to lead a Cabinet agency, said that thanks to the actions of those activists, Native Americans no longer have to resort to extreme measures to be heard.

“The fact that I’m standing here today is a testament to that fact. I am here. We are here. And we are not going anywhere,” she said.

Haaland highlighted the policies that came of out this week’s White House Tribal Nations Summit, which brought together President Joe Biden and leaders from more than 500 tribes in the United States, as an example of the progress made between tribes and the federal government.

The tribal nations summit coincided with National Native American Heritage Month and for the first time was hosted by the White House. Biden ordered several Cabinet departments to work together to combat human trafficking and crime on Native American lands and announced permanent protections for Bears Ears National Monument, which is sacred to Native Americans.

Haaland said that her department is also taking action to protect Chaco Canyon in northwest New Mexico, another sacred place for Indigenous people.

“We are in a new era. An era in which we can embrace our identities as Indigenous people and be proud of how much we have accomplished,” she said.

Native American tribes will also receive billions of dollars from the $1 trillion infrastructure deal signed into law by Biden this week.

The funds “will bolster community resilience, replace aging infrastructure, and provide support needed for climate-related relocation and adaptation,” she said.

But these actions alone won’t solve the challenges faced by Native people and lots remains to be done, including building schools and infrastructure and addressing pollution and the effects of climate change on Native American communities, Haaland said.

“We have a long way to go to fully heal from the traumas created by historical oppression,” she said.

She added: “I know that removing racist names, investing in broadband for Tribal communities, and protecting Native languages won’t change everything. But change – even if incremental – is still change.”