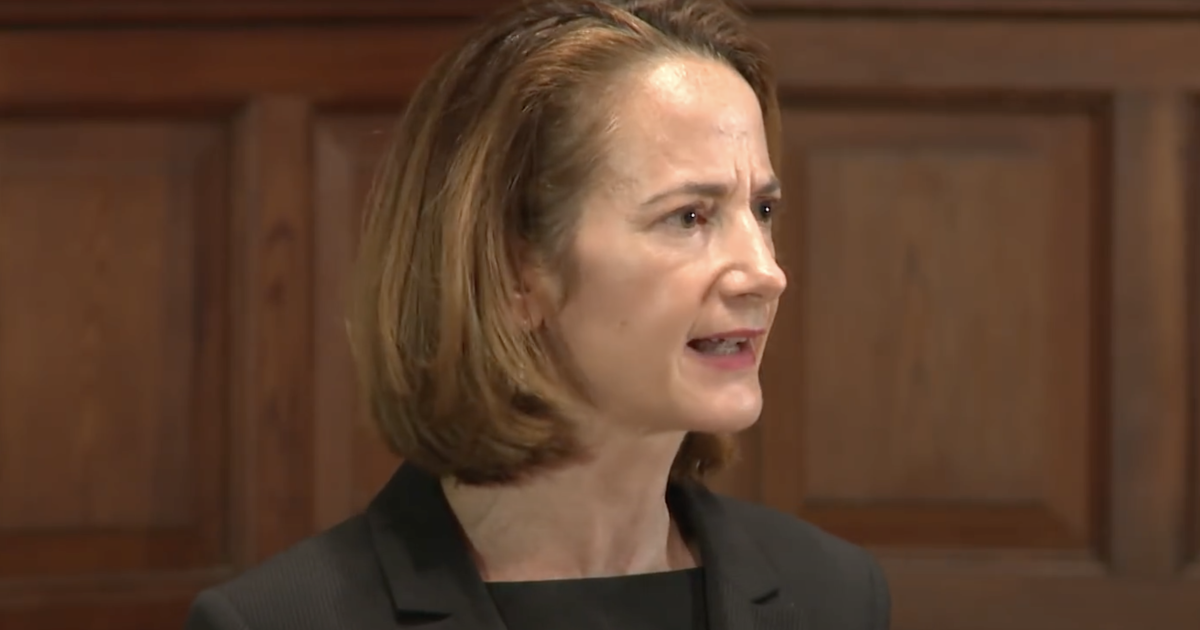 Avril Haines, a former deputy to Obama CIA Director John Brennan and national security adviser Susan Rice, was named by President-elect Joe Biden to lead the Office of the Director of National Intelligence, which, if confirmed, would make her the intelligence community’s first female spy chief.

Haines, who graduated from Georgetown University’s law school and who could soon oversee the nation's 17 spy agencies, worked as deputy chief counsel to the Senate Foreign Relations Committee when Biden was its chairman, prior to him becoming President Barack Obama’s vice president. She was the first female deputy director of the CIA, where she worked from 2013 to 2015 under Brennan, who has emerged as a harsh critic of President Trump and is being scrutinized by U.S. Attorney John Durham in his investigation into the origins and conduct of the Crossfire Hurricane investigation. Biden has not said whether he will let Durham finish his inquiry.

She went on to become the first female principal deputy national security adviser from 2015 to 2017, replacing Tony Blinken, who was named as Biden’s would-be secretary of state. Haines worked for Rice, who has been criticized by Republicans for her repeated misleading comments about the terrorist attack in Benghazi in 2012 and also for her role in the Trump-Russia investigation.

While at the CIA, Haines had a hand in the CIA’s drone program and in the agency’s response to the Senate Intelligence Committee’s investigation into the CIA’s enhanced interrogation program, criticized as torture by its critics, in the wake of the 9/11 terrorist attacks. While at the National Security Council, she was involved with the Obama administration’s response to Russian election meddling.

Haines supported Trump’s appointment of CIA Director Gina Haspel in 2018, who became the first female CIA chief. It remains to be seen whether Trump will fire Haspel, or if Biden will keep her on. If confirmed, Haines will replace current Director of National Intelligence John Ratcliffe, who has spoken up about the China threat and declassified a host of Trump-Russia documents.

At the CIA, Haines supported constraining, but not eliminating, Obama’s massive and controversial drone strike program, and helped author the Presidential Policy Guidance in 2013, which established “the standard operating procedures for when the United States takes direct action … against terrorist targets outside the United States and areas of active hostilities.”

Haines was also involved in the CIA’s decision not to punish CIA officers who had snooped on the Senate's work.

The CIA’s Office of Inspector General concluded in the summer of 2014 that CIA officers had secretly accessed the computer network being used by the Senate Intelligence Committee as it worked on its report on the CIA’s enhanced interrogation program, forcing Brennan, a strident defender of the CIA’s interrogation program, to apologize for the CIA’s snooping on Senate investigators. Brennan then set up an accountability board, led by former Democratic Sen. Evan Bayh, to investigate whether disciplinary actions should be taken.

The CIA’s Rendition, Detention, and Interrogation Network Agency Accountability Board noted in its December 2014 report that the CIA’s watchdog “concluded that [redacted] CIA officers, including from the CIA’s office of general counsel and agency information technology office, ‘improperly accessed the SSCI Majority Staff shared drive on RDINet'” and that “the three IT officers also demonstrated a lack of candor during their first interviews with the OIG because they did not disclose actions they took on behalf of the two OGC officers.” But the CIA accountability board said that “after examining the facts, the Board recommends no disciplinary actions are warranted for” the CIA officers because “the Board found the actions and decisions of these officers to be reasonable in light of their responsibilities to manage an unprecedented computer system.”

Brennan recused himself from the decision, and it was Haines that accepted the board’s conclusion that no discipline was needed. Democrats blasted this at the time.

“The report released by the CIA Accountability Board, which recommended no accountability for wrongdoing by CIA personnel, contains many mistakes and omissions,” then-Senate Intelligence Committee Vice Chairwoman Dianne Feinstein said in January 2015. “The bottom line is that the CIA accessed a Senate Intelligence Committee computer network without authorization, in clear violation of a signed agreement between the committee and former Director Leon Panetta. That access, and the subsequent review of committee staff emails, breaches the constitutional separation of powers between Congress and the executive branch.”

Haines defended her decision to go along with the board’s recommendations earlier this year.

“I found the Board’s review and conclusions to be persuasive and, consequently, I accepted their recommendations. I have no trouble believing that people disagreed with the Board’s conclusions or, for that matter, my acceptance of them,” Haines told the Daily Beast. “Both Senate staff and CIA personnel felt passionate about the situation. Personnel on the agency side felt wronged, like the Senate staff had gone after them, and the people on the Senate side felt like the agency folks had spied on them. I honestly think both sides have a misimpression of the other side’s intent, and I understand that others will not have come to the same conclusion. But again, this has nothing to do with the RDI report or the program and what I think about torture, which I believe is immoral and unacceptable.”

Earlier this year, the Senate Intelligence Committee released the third volume of its report on Russian meddling in the 2016 presidential election, criticizing the Obama administration for being unprepared to combat Russia’s election interference efforts and for fumbling the response, finding that “the U.S. government was not well-postured to counter Russian election interference activity with a full range of readily-available policy options.”

Haines told Senate investigators that Obama administration officials discarded any thought of legislation to amplify economic sanctions against Russia during the runup to the 2016 election, focusing on executive orders instead “because we didn't think we would get bipartisan support for legislation, and we didn't think that was going to be doable in the time period that we had.” Haines also said that “we tempered our response options” after running into resistance on getting a bipartisan congressional letter signed during the election. Haines also contended that Obama’s in-person message to Russian President Vladimir Putin to stop meddling in the election deterred the Russians from “actually manipulating the vote and the voting process.”

The Senate report argued that, while high-level warnings were delivered to Russian officials, “those warnings may or may not have tempered Moscow’s activity” and “Russia continued disseminating stolen emails, conducting social media-based influence operations, and working to access state voting infrastructure through Election Day 2016.”

Robert Mueller’s special counsel report, released in April 2019, said the Russians interfered in 2016 in a “sweeping and systematic fashion” but “did not establish that members of the Trump campaign conspired or coordinated with the Russian government.”