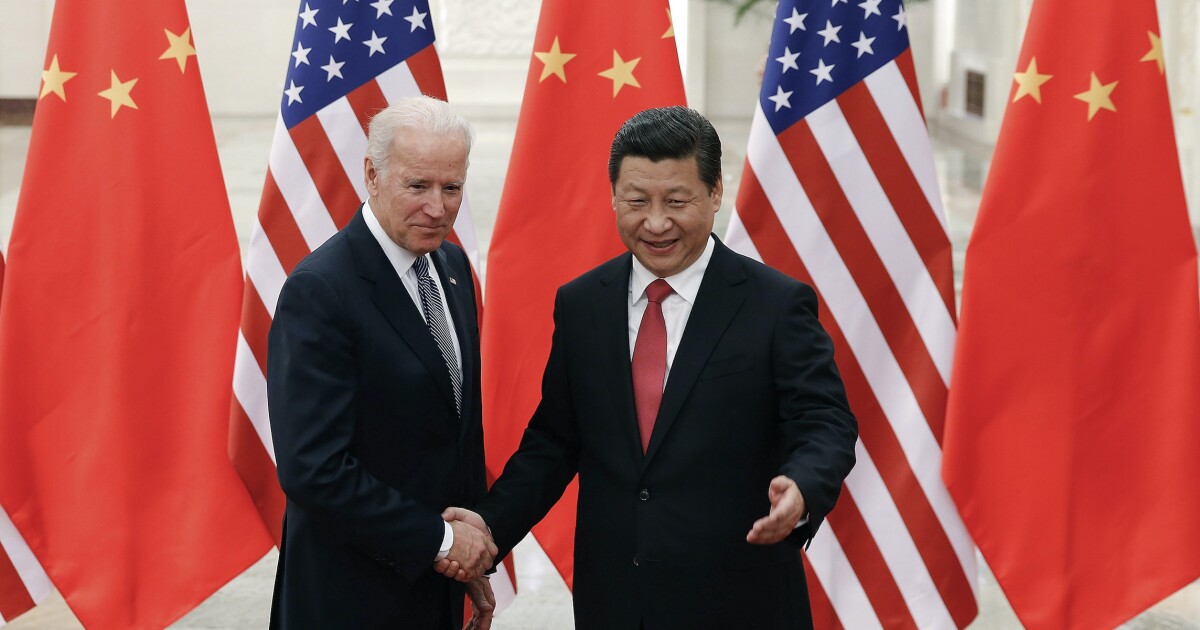 President Biden continues to believe the ruling Chinese Communist Party is committing genocide against the Uighur Muslim population, the Washington Examiner can confirm, after the Trump administration designated China’s actions as such the day before Biden’s inauguration.

Emily Horne, the spokesperson for Biden’s National Security Council, told the Washington Examiner that “President Biden has called the oppression of the Uighurs a genocide, and he stands against it in the strongest possible terms.”

Confusion ensued after a Friday press conference with Biden press secretary Jen Psaki, when Philip Wegmann of RealClearNews asked, “The previous administration on their way out the door declared that China’s human rights abuses against Uighur Muslims were, quote, ‘crimes against humanity’ and, quote, ‘a genocide’ — does the president agree with that determination and will he keep it?” The Biden spokesperson appeared noncommittal.

“Well, I know that our secretary of state is just about to get confirmed, or so Senator McConnell tells us, and I’m sure he will be reviewing — I know he will be reviewing — a number of the decisions and assessments that have been made,” Psaki said. “Obviously, the president has spoken before to the horrific treatment of Uighurs, but I don’t have anything more for you on it. I can check with our national security team and see if we have a more up-to-date statement.”

Horne confirmed with the Washington Examiner that Biden’s position has not changed, and he continues to call the Chinese government’s actions a genocide.

Former Secretary of State Mike Pompeo declared last Tuesday that Chinese officials are perpetrating genocide against Uighur Muslims, comparing the crimes to Nazi atrocities against Jews during the Holocaust.

“I have determined that the PRC, under the direction and control of the CCP, has committed genocide against the predominantly Muslim Uighurs and other ethnic and religious minority groups in Xinjiang,” Pompeo said. “I believe this genocide is ongoing, and that we are witnessing the systematic attempt to destroy Uighurs by the Chinese party-state.”

On Tuesday, Biden’s nominee for secretary of state, Tony Blinken, agreed with Pompeo’s determination that China was engaging in genocide, saying “that would be my judgment as well.”

“The forcing men, women, and children into concentration camps, trying to, in effect, ‘re-educate’ them to be adherents to the ideology of the Chinese Communist Party, all of that speaks to an effort to commit genocide, and so I agree with that finding,” Blinken said when asked what the Biden administration would do within its first 30 days to address the genocide, adding, “I think we should be looking at making sure that we are not importing products that are made with forced labor from Xinjiang — that’s one such thing. We need to make sure that we’re also not exporting technologies and tools that could be used to further their repression.”

Chinese officials have defended their “vocational education and training centers” as efforts to combat terrorism, but Uighur survivors have described being insulted, beaten, and abused by guards for their religious beliefs.

Adrian Zenz, an expert on the Uighur repression, released a 32-page report in the summer which described the Chinese government’s repression campaign, including forced birth control, sterilizations, and abortions in a race-based effort to cut the minority Muslim population in the country. The Chinese embassy in the United States recently celebrated China's actions on Twitter.

Then-Democratic primary candidate Biden tweeted in November 2019 that “China’s internment of nearly one million Uighur Muslims is among the worst abuses of human rights in the world today.”

“The unspeakable oppression that Uighurs and other ethnic minorities have suffered at the hands of China’s authoritarian government is genocide, and Joe Biden stands against it in the strongest terms,” a Biden campaign spokesman said in August 2020. “If the Trump administration does indeed choose to call this out for what it is, as Joe Biden already did, the pressing question is what will Donald Trump do to take action. He must also apologize for condoning this horrifying treatment of Uighurs.”

The legislation “condemns gross human rights violations of specified ethnic Muslim minority groups in the Xinjiang region in China” and authorized sanctions against the perpetrators.

“That’s not true. … He is a liar,” Trump told the Wall Street Journal in June of Bolton’s Uighur claims, claiming that “everybody in the White House hated John Bolton.”

Richard Cordray: Another Imperial Regulator on the Way?