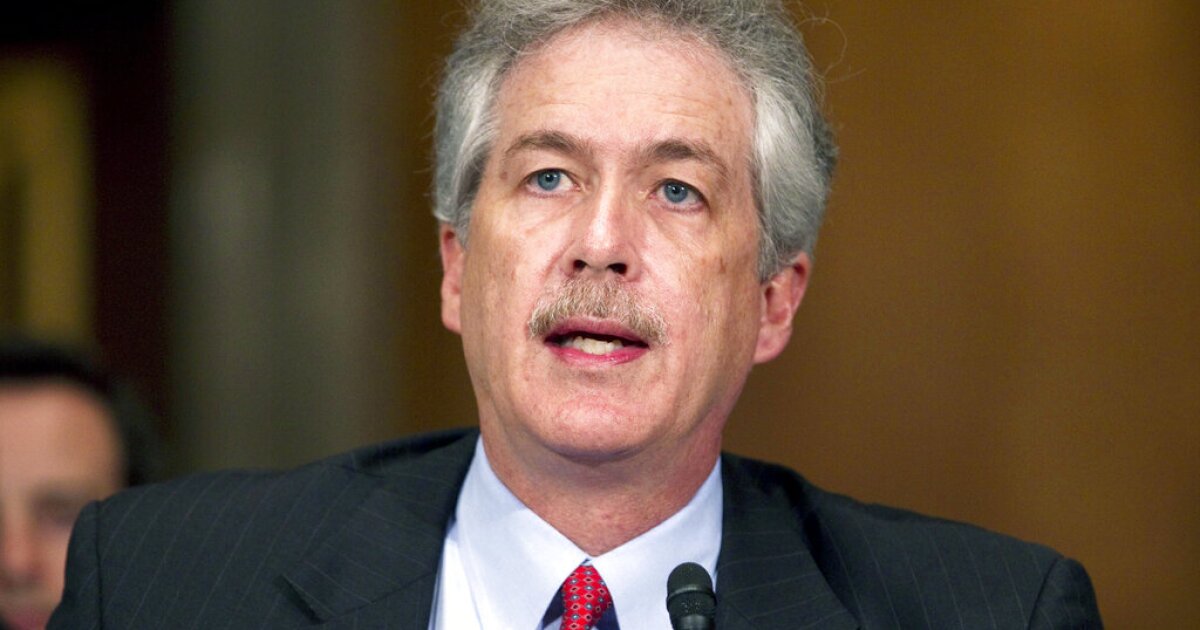 Joe Biden’s pick for CIA director led the secretive “back channel” with the Iranian regime during the lead up to the Iran nuclear deal, signaling the former vice president’s continued commitment to rejoining the controversial deal that the Trump administration left in 2018.

William Burns, the president of the Carnegie Endowment for Peace, served as the U.S. ambassador to Jordan and to Russia, also working in a number of other key State Department posts, including deputy secretary of state from 2011 to 2014. A 2019 book by Burns, The Back Channel: A Memoir of American Diplomacy and the Case for Its Renewal, contained an entire chapter on “Iran and the Bomb: The Secret Talks.”

The diplomat recounted President Barack Obama’s early efforts at outreach to Iran but admitted that “this halting momentum … came to an abrupt stop when the Iranian presidential elections in June turned into a bloodbath” as the Iranian regime suppressed Iran’s Green Movement opposition in 2009. He admitted that “the White House’s public response was initially tepid” and that “in hindsight, we should have … been sharper in our public criticism from the start.”

Burns said that “Oman sent the new U.S. administration a series of low-key overtures about its readiness to establish a channel to Iran” for years, and when John Kerry took over from former Secretary of State Hillary Clinton after Obama won reelection in 2012, it was decided that Burns would “lead the American team” with future Biden national security adviser Jake Sullivan as his “alter ego” to start secretly negotiating with the Iranians beginning in March 2013 in Oman. Burns said Obama convened meetings in February 2013 to hammer out their approach and that “in all my three decades in government, this was — along with the bin Laden raid in 2011 — the most tightly held effort.”

Burns wrote of Obama that “secrecy would help prevent opponents in both capitals from smothering the initiative in its crib — but it would carry future costs, feeding stab-in-the-back criticisms from some of our closest partners, particularly the Israelis, Saudis, and Emiratis.” Burns said Obama stressed that he should “focus the back-channel talks on the nuclear issue” and recounted that the president “was convinced that we’d never get an agreement with the Iranians without some limited form of domestic enrichment.”

Israeli Prime Minister Benjamin Netanyahu announced in 2018 that Israel had obtained thousands of “Iran’s secret nuclear files” that showed “new and conclusive proof of the secret nuclear weapons program that Iran has been hiding for years from the international community.”

President Trump pointed to the revelations by Israel when he pulled the United States out of the deal in May 2018.

“No action taken by the regime has been more dangerous than its pursuit of nuclear weapons and the means of delivering them … In theory, the so-called ‘Iran deal’ was supposed to protect the United States and our allies from the lunacy of an Iranian nuclear bomb … In fact, the deal allowed Iran to continue enriching uranium and, over time, reach the brink of a nuclear breakout,” Trump said. “The deal lifted crippling economic sanctions on Iran in exchange for very weak limits on the regime’s nuclear activity, and no limits at all on its other malign behavior, including its sinister activities in Syria, Yemen, and other places all around the world.”

The book by Burns described secret meetings with the Iranians in Oman as well as back in the U.S., noting one at Waldorf and a series of rounds at a hotel in Manhattan away from the United Nations meetings. Burns said he believed that his two main Iranian counterparts, Abbas Ravanchi and Majid Takht Araghchi, “were professional diplomats, not ideologues.” He said the back channel soon fell into a regular pattern, “sometimes one-on-one and often Araghchi and Ravanchi with Jake and me, while our colleagues would get into more detail on the limitations and verification measures we had in mind, and the sanctions relief at the front of the Iranians’ mind.”

“It was hard to imagine when we embarked on that first secret flight to Oman in early 2013 that diplomacy could resolve the Iranian nuclear issue,” Burns wrote, adding, “we couldn’t neatly erase by military or diplomatic means Iran’s basic know-how about enrichment. What we could do was to sharply constrain it over a long duration, monitor it with unprecedented intrusiveness, and prevent its leadership from building a bomb.”

Burns wrote that “Trump’s demolition of the Iran deal was a further blow to our own credibility.”

Biden said Monday that “Bill Burns is an exemplary diplomat with decades of experience on the world stage keeping our people and our country safe and secure.”

Iran received an influx of billions in cash as a result of the Iran nuclear deal. The U.S. flew a jet carrying $400 million in euros and Swiss francs to Tehran in January 2016 as an apparent ransom payment as Iran released four U.S. hostages, and the U.S. provided another $1.3 billion in cash to the Iranian regime, allegedly to settle outstanding claims. The Iran deal also released up to $150 billion in frozen Iranian assets, and the lifting of international sanctions also provided Iran with hundreds of billions in relief.

The Joint Comprehensive Plan of Action was reached between the “P5+1” (China, France, Germany, Russia, the United Kingdom, and the U.S.), the European Union, and Iran in June 2015. Burns wrote that “the IAEA and the U.S. intelligence community repeatedly affirmed Iranian compliance,” but he acknowledged that “Iran continued to export instability across the Middle East, exploiting and accelerating chaos in Syria and Yemen.” He also admitted that “we could have done a better job … of confronting the wider challenge of Iran in the Middle East.”

Critics of the deal have said it did not properly restrain Iran's nuclear aspirations or address the regime's funding of terrorism. When the Senate voted on the Iran deal in September 2015, it was 58-42 in opposition, including Democrats such as Sens. Chuck Schumer, Bob Menendez, Ben Cardin, and Joe Manchin, but the Obama administration implemented it nevertheless.

Biden reaffirmed his determination to rejoin the Iran deal in December, telling the New York Times that “there’s a lot of talk about precision missiles and all range of other things that are destabilizing the region” but that “the best way to achieve getting some stability in the region” is to deal “with the nuclear program,” and so “in consultation with our allies and partners, we’re going to engage in negotiations and follow-on agreements to tighten and lengthen Iran’s nuclear constraints, as well as address the missile program.”

Iranian Foreign Minister Mohammad Javad Zarif said in December that “we will not renegotiate a deal which we negotiated.”

CBS Goes Full Back Flip and Tries to Erase Reality