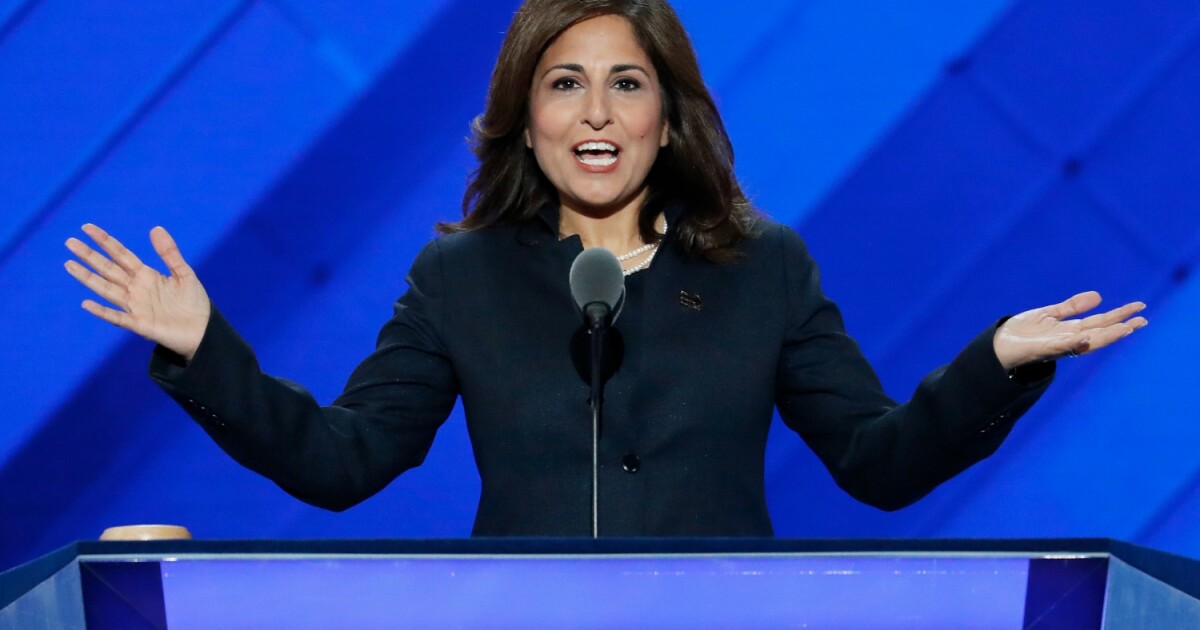 Years of controversial claims about the Trump-Russia controversy, particularly about the dossier funded in part by Hillary Clinton's 2016 campaign, presents one of several obstacles for Neera Tanden, a longtime Democratic operative, to achieve Senate confirmation next year.

A significant question that remains is how the two Senate runoff races in Georgia shake out in January, with control of the upper chamber hanging in the balance. Tanden is sure to meet stiff opposition from Republicans, who will be led by Sen. Mitch McConnell, whom Tanden derisively tweeted in August 2019, “Stacey Abrams just called McConnell ‘Moscow Mitch.’ Love it.”

In selecting Tanden on Monday, Biden described the president of the left-wing Center for American Progress as “a leading architect and advocate of policies designed to support working families.” Tanden worked on Bill Clinton’s successful run in 1992 and Barack Obama’s successful presidential run in 2008. She was also an adviser on Hillary Clinton’s successful Democratic primary effort in 2016 and the failed general election run that November.

Not mentioned in her Biden transition team biography was the role Tanden played in promoting unsubstantiated claims throughout the Trump-Russia controversy.

Tanden launched the “Moscow Project” in 2017, and after Buzzfeed published Steele’s dossier in January 2017, Tanden’s think tank released a statement saying, “The intelligence dossier presents profoundly disturbing allegations; ones that should shake every American to the core.” Tanden went on to defend the Steele dossier repeatedly on Twitter, attacking those who critiqued the FBI for relying on its claims to obtain Foreign Intelligence Surveillance Act authority against former Trump campaign associate Carter Page and implying that critics of the Crossfire Hurricane investigation were doing Russia’s bidding.

In a tweet about Rep. Devin Nunes’s FISA memo in February 2018, which criticized the FBI’s surveillance of Page and its use of the dossier, the Washington Examiner’s Byron York noted that “no FISA warrant would have been sought from the FISA Court without the Steele dossier information.” Tanden responded by saying, “Even if this is true, hasn’t the dossier been mostly proven to be true? It’s amazing how comfortable the likes of Byron York are happy to run interference for Russians intervening in our elections.” Tanden followed up with another tweet claiming that the “dossier has been mostly established as right.”

Tanden’s “Moscow Project” also released a flawed critique of the Republican FISA memo, with Tanden defending the FBI’s surveillance. In addition, Tanden tweeted in April 2018 that the dossier was “started with funding by a GOP megadonor.”

Although the conservative Free Beacon had hired the opposition research firm Fusion GPS, it said in October 2017 that it “had no knowledge of or connection to the Steele dossier.” It later emerged that Steele was not commissioned by Fusion GPS (and did not begin compiling his dossier) until Clinton campaign lawyer Marc Elias hired Fusion.

“What parts of the dossier have been disproven?” Tanden tweeted in January 2019. “I will wait.”

DOJ Inspector General Michael Horowitz’s December 2019 report and subsequent declassifications undermined Steele’s claims in the dossier. Horowitz said the Trump-Russia investigation concealed exculpatory information from the FISA court, and he criticized the Justice Department and FBI for at least 17 “significant errors and omissions” related to the FISA warrants against Page and for the bureau's reliance on Steele. Declassified footnotes show the FBI knew Steele's dossier may have been compromised by Russian disinformation. Horowitz said FBI interviews with Steele's main source, U.S.-based and Russian-trained lawyer Igor Danchenko, “raised significant questions about the reliability of the Steele election reporting.”

FBI Director Christopher Wray called the FISA findings “utterly unacceptable” this year and concurred with the DOJ’s conclusions that at least two of the four FISA warrants against Page amounted to illegal surveillance.

Nearly all the FISA signatories — Deputy Attorney General Sally Yates, Deputy Attorney General Rod Rosenstein, fired FBI Director James Comey, and fired FBI Deputy Director Andrew McCabe — indicated under oath they wouldn't have signed off on the surveillance if they knew then what they know now, and a declassified FBI spreadsheet showed the lack of corroboration for Steele's claims.

Other Russia-related claims Tanden has made could present sticking points during her confirmation process.

She tweeted on Oct. 31, 2016, that President Trump was a Russian “puppet” in part because there was a “Trump server connected to Russian bank” and tweeted again in December 2016 that Trump may have gotten “talking points from the server at Trump Tower connected to Russia.”

The claim that a Russian Alfa Bank server was secretly communicating with a server at Trump Tower, also pushed by Steele, emerged in 2016, but Horowitz noted the FBI “concluded by early February 2017 that there were no such links,” and the Senate Intelligence Committee’s August report did not find “covert communications between Alfa Bank and Trump Organization personnel.” Jake Sullivan, Biden’s pick for national security adviser, also pushed the refuted Alfa Bank claim in 2016.

The week after Trump’s victory, following reports that Russian cyberactors had targeted a number of state election systems, Tanden mused, “Why would hackers hack in unless they could change results?” The next day, she pushed back against criticism she received, tweeting, “Funny, I don't remember saying Russian hackers stole Hillary's victory.” There is no evidence that Russian hackers changed any votes in 2016.

“Mueller found Russian interference in the election. He also found Trump coordinated with Russia. These are facts,” Tanden tweeted in October.

Will a DOJ Investigation Finally Put SBC Elites on the Same...