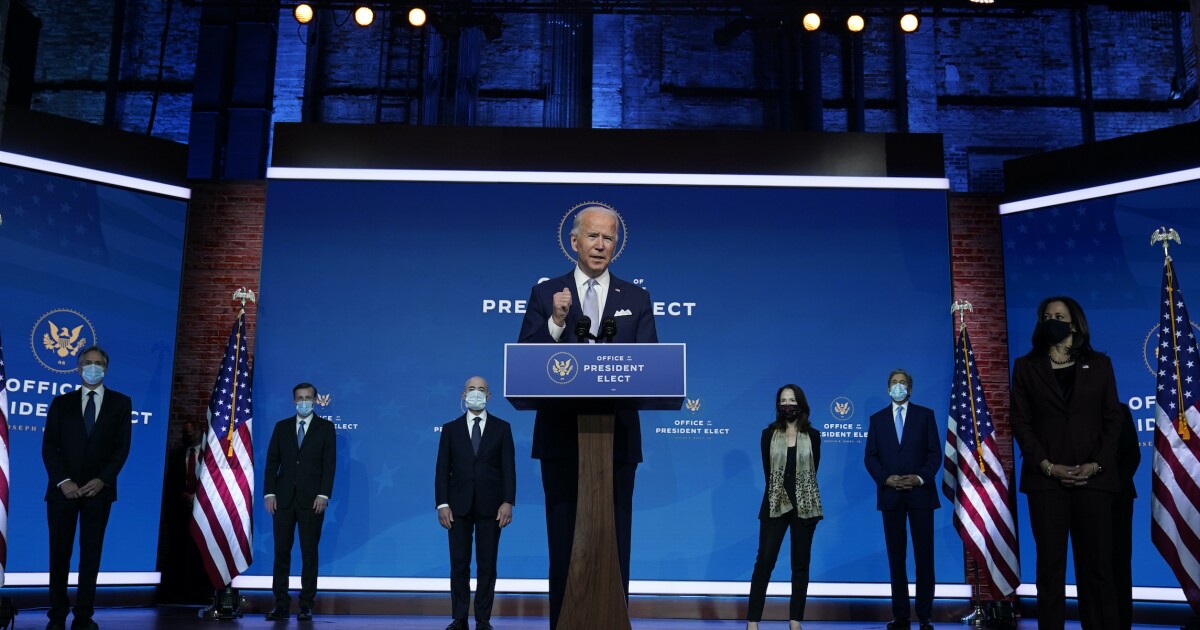 The U.S. intelligence community will start providing President-elect Joe Biden with access to the presidential daily briefing, and the FBI will begin background investigations into his picks for a variety of positions following the General Services Administration ascertainment that he won the presidency.

“Following the statutory direction of the Presidential Transition Act, ODNI will provide requested support to the transition team,” a spokesman for the Office of the Director of National Intelligence, which oversees the nation’s 17 spy agencies, told the Washington Examiner. “This afternoon the White House approved ODNI to move forward with providing the PDB as part of the support to the transition.”

Emily Murphy, administrator of the General Services Administration, sent a letter notifying Biden that she determined the transition process can begin on Monday, nearly three weeks after the Nov. 3 general election and more than two weeks after Biden was projected by major news organizations to be the winner of the presidential election.

“ODNI follows the statutory direction provided in the Presidential Transition Act, which requires ascertainment of the candidate by the administrator of GSA prior to supporting a potential presidential transition,” an ODNI spokesman told the Washington Examiner a couple weeks ago. “ODNI would not have contact with any transition team until notified by the GSA Administrator.”

Former President Bill Clinton didn't allow then-Texas Gov. George W. Bush access to the PDB until three weeks after the 2000 election, and it was only after former Vice President Al Gore’s defeat at the Supreme Court and his concession speech on Dec. 13 that the GSA authorized Bush’s use of federal transition funds.

An FBI spokesman similarly told the Washington Examiner on Tuesday that the bureau “can begin background investigations of potential appointees upon receiving written requests from the Office of the President-elect.”

Biden announced a bevy of key Cabinet and national security picks over the past couple days and was asked Tuesday if he had received “any intelligence briefings” yet.

“It’s been offered. I did not have it today, but we’re gonna do it on a regular basis. Since the certification or the — what’s it called?” Biden asked, and reporters told him it was called an “ascertainment.” The former Obama vice president chuckled, then continued, “They’ve been very forthcoming offering all access, so we’re going to be starting those on a regular basis.”

Over the weekend, President Trump’s legal team distanced itself from the voting machine claims being made by attorney Sidney Powell, but Trump’s lawyers insisted they would continue to fight in court on Tuesday, even as states certified that Biden was the victor and as Biden holds a clear 306-232 Electoral College lead over Trump.

“Remember, the GSA has been terrific, and Emily Murphy has done a great job, but the GSA does not determine who the next President of the United States will be,” Trump tweeted on Tuesday.