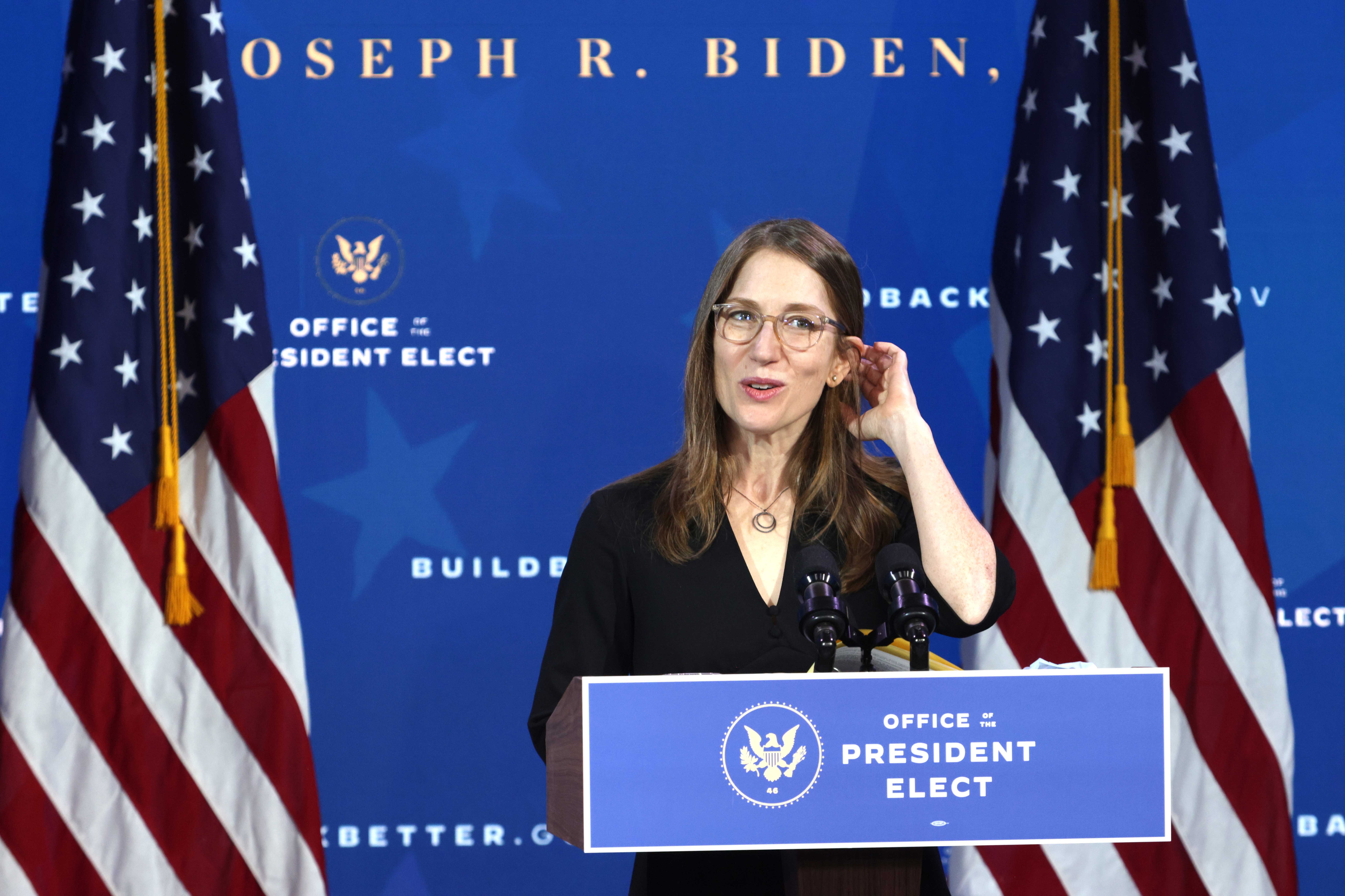 But Dinetta Parrott, who reported directly to Boushey as Equitable Growth's director of development from 2017 to 2020 before leaving for the Brookings Institution, said the criticisms of Boushey don't match her experience. “I just don’t think it’s an accurate depiction,” she told POLITICO. “The Heather Boushey that I worked for did not create toxicity and wasn’t demoralizing. Did we have our disagreements? Absolutely, but it was always respectful.”

The revelations resurfaced Tuesday night, just hours after the president-elect publicly introduced Boushey as a member of his Council of Economic Advisers. Biden said at the event in Wilmington, Del., that he relied on Boushey's counsel during the campaign regarding “addressing the structural inequalities in our economy” and will “do so again as president.”

Later that evening, Sahm, who previously worked as a section chief at the Federal Reserve and as a senior economist at the Council of Economic Advisers during the Obama administration, published her account. She also shared a 2015 internal memo that details how five other employees left the think tank at least in part because of Boushey’s management style, including one who is now serving on the Biden transition team.

Sahm is well known among economists for coming up with a rule while she worked for the Fed to help determine whether the economy is entering a recession. Jay Shambaugh, a George Washington University professor who’s on Biden’s Council of Economic Advisers review team, is one of a number of economists who have praised her work. Jason Furman, the head of the CEA under Obama, connected Sahm with Boushey about the position at Equitable Growth.

She said that she decided to go public after reading the memo herself. “I would have never, ever written that post if I hadn’t found out that I was the last of many,” Sahm said in an interview. “I couldn’t stand by and watch it happen and see her do it to people at CEA. I’m trying really hard not to make this a cat fight even though I know what it looks like.”

Sahm resigned from Equitable Growth earlier this year after what she claimed was retaliation for a June blog post criticizing the economics field for its lack of diversity. Boushey has herself made public critiques similar to Sahm's regarding the lack of diversity in economics.

Equitable Growth declined to comment but denied retaliating against Sahm in a Twitter thread Tuesday night hitting back at her claims. The think tank said she had “several performance issues” and “her supervisor only asked to be given a heads up in advance of any personal posts prior to posting so the press team could be prepared.”

“Heather was not Claudia’s supervisor, and Claudia’s former supervisor does not report to Heather,” Equitable Growth tweeted.

Still, the think tank is a relatively small workplace. Its website lists only 50 staffers.

The 2015 memo Sahm shared was written by two officials at the Center for American Progress — which housed Equitable Growth at the time — and first became public after WikiLeaks posted John Podesta’s hacked emails in what American intelligence services determined was a Russian-backed effort to hurt Hillary Clinton during the 2016 election. As Boushey became a bigger star in progressive politics and an adviser to then-candidate Biden, the memo has been quietly traded around and whispered about in economic policy circles.

The memo was addressed to Neera Tanden, who runs the Center for American Progress and is now Biden’s nominee to lead the Office of Management and Budget, and Carmel Martin, a former executive vice president at the think tank who’s now a top policy adviser to Biden. It detailed how Jeremy Smith, Enjoli Timmons, Carter Price, Kate Crawford and Sarah Miller all left the Washington Center for Equitable Growth in rapid succession and linked their departures to “allegations that Heather has difficulty managing staff, appropriately communicating her expectations, and is unprofessional in her conduct.”

Price and Timmons were particularly withering in their assessments of Boushey, according to the memo. “Enjoli stated in exit interview that she was resigning only because Heather was impossible to work for/with and that working under her was stressful and volatile with frequent episodes of yelling and swearing,” two Center for American Progress staffers, Torey Carter-Conneen and Ashley Marvel, wrote in the memo.

They continued: “Carter stated in his exit interview that Heather is ‘phenomenally incompetent as a manager,’ ‘worst manager ever,’ ‘she cannot prioritize’ and that she ‘has constructed artificial bureaucratic hurdles that make it impossible for researchers to function.'”

Miller is now on the Biden transition’s agency review team for the Treasury Department. The Biden team declined to make her available for comment.

In response to the allegations detailed in the 2015 memo, the Center for American Progress sought to help Boushey improve her management skills by hiring the Management Center, a nonprofit that works for progressive groups and offers “intensive hands-on coaching services,” per its website.

“We spoke with her coach after these most recent incidents and he said she certainly has a distinct management style that they were working to shift but that he would also focus on recruitment in the coming sessions,” Carter-Conneen and Marvel wrote in the memo.

Carter-Conneen and Marvel didn’t respond to requests for comment.

Boushey’s coach was Sam Bell, according to a person familiar with the matter. Reached for comment, Bell referred questions to the Management Center. Jerry Hauser, the nonprofit’s chief executive, confirmed the Management Center had worked with Equitable Growth but declined to say whether it continued to do so.

“In order to protect confidentiality, we don’t share any further details about our client work,” he said.