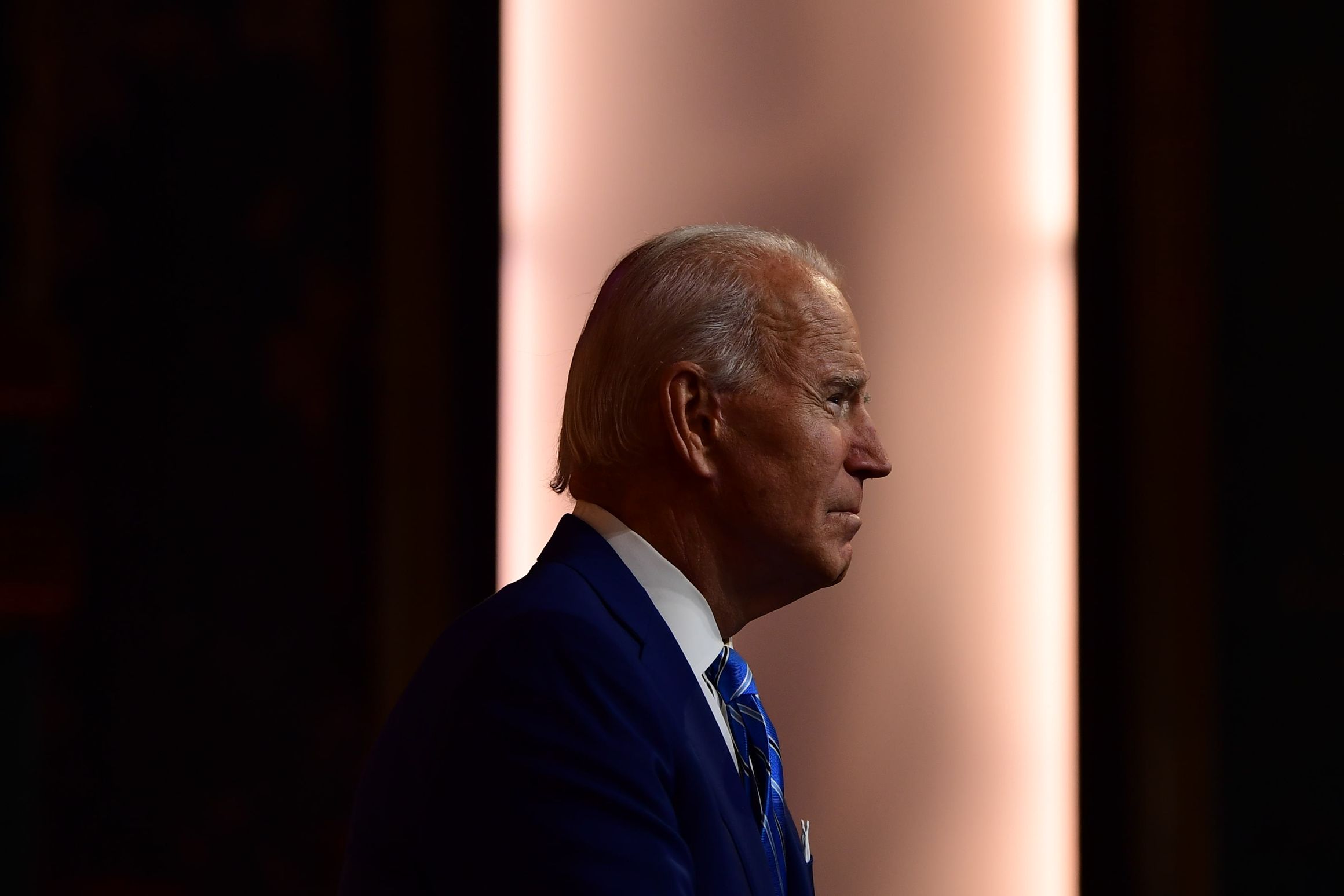 In his first term, Biden has promised to push through a coronavirus aid package, strengthen voting rights, reform immigration, start a push to overhaul policing, and more. He’ll take office with a raging pandemic and a struggling economy. The path to fixing much of that goes through Congress — which means it will be up to Terrell’s office to make it all work.

By even the most charitable analysis, he’s handed Terrell a brutal job. The Office of Legislative Affairs is the connective tissue of lawmaking — the inside liaison who hammers out the little deals that makes the big laws happen. The president’s own party is riven by infighting, with a hair-width House majority that gives huge leverage to a handful of restive members on the left. The Republicans, meanwhile, have learned that saying “no” to Democrats gives them far more traction than saying “yes” to anything. And to add a little more salt, many Republicans on Capitol Hill are still refusing to explicitly call Biden “president-elect” — including Barrasso, now in his third term.

“It is, to say the least, a thankless job right now,” says Norm Ornstein, a Congress expert at the American Enterprise Institute familiar with Terrell’s work from their shared decades in Washington. He adds: “She’s been around through this shitshow and has a sense of how the process has deteriorated.”

If Terrell does make it work, she’ll have two assets. One is that her boss, who spent 36 years in the Senate, treasures the relationships he built there, and is far more of a dealmaker than Barack Obama, as senator or president, ever was. Terrell first worked for Biden as a Senate staffer back in 2001, when he was a member of the powerful Senate Judiciary Committee. Washington insiders who’ve worked with both of them see her as very much in his mold. (The Biden-Harris transition team declined to make Terrell available for an interview.)

The other is her own web of connections. Though she hasn’t worked in official Washington since the start of 2017 — most recently, she was the founding executive director of the charitable Biden Foundation, and is coming off a year-long stint at the consulting giant McKinsey — she has long relationships with a number of the key players in 2021, from Democratic senators to women’s rights advocates to a healthy helping of Republican lobbyists.

Though little known even in Washington, running the Office of Legislative Affairs is a tough, political, often fraught job that calls for expertise in multi-dimensional congressional chess.

The OLA dates back to 1953, when President Dwight D. Eisenhower, the general who had commanded the D-Day assault, recoiled at Washington’s inefficiency and its lack of clear chains of communication. He appointed a former military assistant to act as a liaison between the White House and Congress. At first the job was largely logistical, often focused on setting up meetings between the president and legislators. Since then it has evolved into a crucial cog in the Beltway machine, a full office of what historian Russell L. Riley calls the “president’s chief lobbyists.”

Even the best-known OLA directors rarely crack the headlines, in part because the whole job is to make the president look like someone who can get things done by waving his hand. The job is drafting bills big enough to matter and narrow enough to pass, nudging legislation to friendly committees of jurisdiction, judging which chairs work best with a long leash and which need constant attention, knowing which members need which amendment, and which ones just need an invitation to a White House movie screening. “Leg affairs” chiefs can wrangle big packages into U.S. law without most members of the public every knowing they exist.

Get POLITICO Magazine's newsletter featuring the best stories of the week and our Friday Cover delivered to your inbox.

Terrell has been busy building those kinds of relationships in Washington since her days in the early aughts. A native Delawarean, she was a Biden person from the start, hired by the senator as a counsel for the Senate Judiciary Committee as well as deputy chief of staff in his personal Senate office. In doing it, she developed a reputation that she carries through today — someone constantly in touch with allies and adversaries, who keeps her cool, her word, and her cards close to her vest. A Republican leadership staffer who worked with Terrell during her Senate days says, “it’s high-stakes poker at times, and I never felt she was trying to do an end run.”

Over the years, she’s developed well-placed connections in top Senate Democratic circles. Both in the Senate and White House, she worked closely with Sen. Chris Coons, the Delaware Democrat expected to be a key player in any across-the-aisle action this congress. (“Just like Joe, she believes in ‘The Delaware Way’ of working across the aisle, treating people with respect, and getting things done,” Coons said of Terrell.) She also remains close with Virginia Sen. Mark Warner and Colorado Sen. Michael Bennet. “In her many different capacities over the years, Louisa has been a terrific partner,” Bennet wrote in an email. She earned points with Bennet in her most recent Washington job, counselor to Chairman Tom Wheeler at the Federal Communications Commission, when she helped wage a long-running fight to bring local programming to a corner of southwest Colorado flooded by New Mexico media.

She also keeps close ties in the tech and telecom world, though some of her private-sector work might not endear her to Republicans, or some other Democrats. She helped build Facebook’s first Washington lobbying office during a two-year stint starting in 2011. Earlier, she was a senior director on federal policy and strategy for Yahoo. David Hantman, a one-time head of global public policy at Yahoo and Airbnb, calls Terrell “brilliant and tough and savvy” but also “compassionate and a consensus builder.”

This week from Politico Magazine

She’ll also have allies in the world of Washington women’s groups. As a Senate staffer, Terrell helped win bipartisan congressional reauthorization in 2005 for Biden’s prize legislative achievement: The Violence Against Women Act, or VAWA, co-sponsored with Sen. Orrin Hatch, a Utah Republican.

The fate of VAWA is a microcosm of how much has changed in Washington. The bill had first passed nearly a decade earlier, in 1994, with both Republican and Democratic sponsors. Hatch signed on to reauthorize an expansion of the bill under George W. Bush. Terrell worked the back rooms on behalf of then-Senator Biden to get it done, trying to figure out ways to get Republicans to support the new version of the bill, while convincing liberal advocates to go along with the compromises that emerged. But several years later, when Terrell was tapped to help set in motion its renewal as Obama’s special assistant for Senate legislative affairs, it was a far more contentious process.

The atmosphere in Washington was turning increasingly partisan. What had started nearly 19 years earlier as a bipartisan bill was caught up in culture wars over adding protections for LGBT, tribal, and immigrant victims of violence. McConnell, by then, had largely refused to hand Obama any wins, and balked at even bringing the bill to the Senate floor. In the end, a compromise bill passed in 2013, with some Republicans denouncing it as a liberal overreach cloaked in the goal of protecting women. Hatch, the former co-sponsor, voted against it. (Terrell had by then left the White House for Facebook.)

“It was a shot across the bow on how ugly the climate was going to get on immigration,” says Lynn Rosenthal, a White House Advisor on Violence Against Women in the Obama administration. VAWA has since lapsed, and Biden has said reauthorizing the law is one of his top priorities in his first 100 days. Getting a new version though a Mitch McConnell-led Senate promises to be a heavy lift, once again falling to Terrell.

Terrell’s resume could create a few other hurdles in the Washington of 2021. Her time in the corporate sector — about four years of the last two decades of her long career — is reassuring evidence to some that she’s not reflexively anti-business. But she chose to work at two of the poster children for bad behavior in liberal circles: Facebook and, for the last year, the consulting behemoth McKinsey.

Jeff Hauser is the director of the Revolving Door Project, which draws attention to the business connections of political appointees. “Facebook was becoming a Goliath, and needed well-connected Democrats to ensure their efforts were successful,” Hauser says of the social network’s hiring of Terrell, adding that her time in the corporate world makes him “skeptical” that “Terrell’s instincts will line her up behind potential populist presidential actions.”

What’s more, Terrell’s last role on the Hill was in 2014, when she helped set up the office of then newly-elected Sen. Cory Booker. Some of the warm relationships she built, particularly among Republicans, have gone cold. Many of the staffers she worked with, who tend to cycle through Congress more quickly than their bosses, have left Capitol Hill.