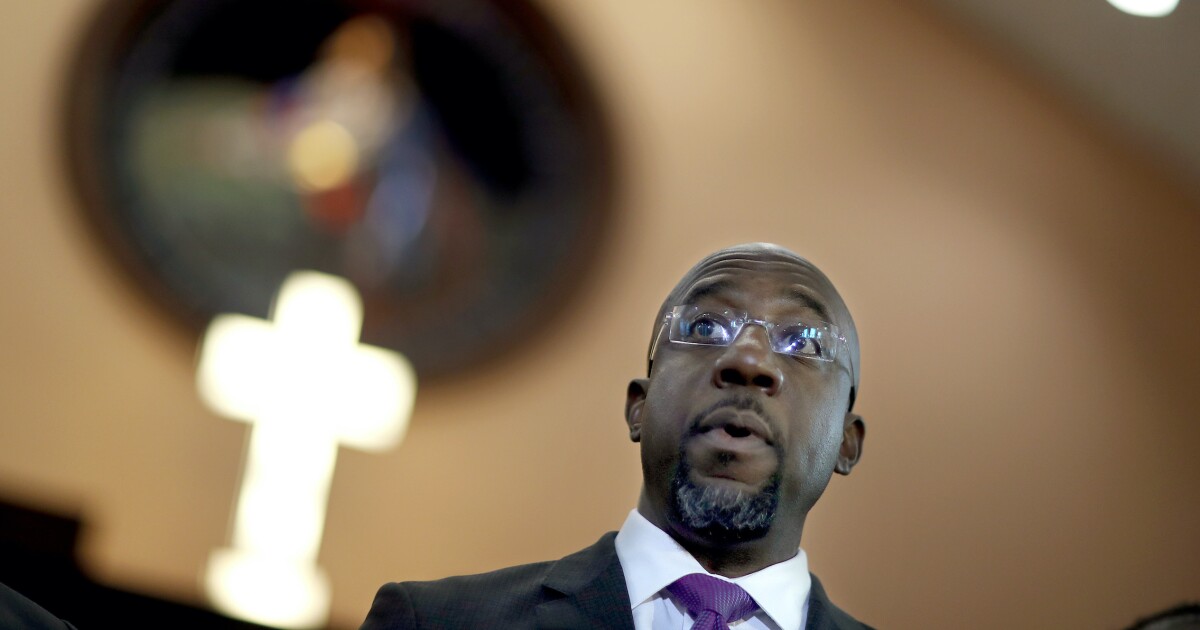 The letter, sent Friday, called Warnock’s “open advocacy of abortion” a “scandal to the faith and to the Black community.”

“We believe these statements represent grave errors of judgment and a lapse in pastoral responsibility, and we entreat you to reconsider them. As a Christian pastor and as a Black leader, you have a duty to denounce the evil of abortion, which kills a disproportionate number of Black children. Your open advocacy of abortion is a scandal to the faith and to the Black community.”

The pastors argued the pro-abortion rights movement in the United States has been “characterized by racism and white supremacy since its inception” and that the disproportionate number of black women who seek abortions perpetuate “systemic racism.”

Planned Parenthood, the largest abortion provider in the U.S., was founded by eugenics supporter Margaret Sanger, who supported the sterilization of people with mental illnesses and gave a speech to the Ku Klux Klan in 1926.

“Black women and Black families need your advocacy; they need your protection, and they need your support. But they do not need Black pastors making excuses for the racism in the abortion industry,” the pastors wrote. “Killing Black lives, especially killing unborn Black lives, does nothing but brutalize and scar vulnerable Black communities who are already suffering so much.”

Warnock, a senior pastor at Atlanta’s Ebenezer Baptist Church since 2005, recently tweeted that he was a “pro-choice pastor.”

I am a pro-choice pastor.

“Reverend Warnock believes a patient's room is too small a place for a woman, her doctor, and the U.S. government and that these are deeply personal health care decisions — not political ones,” Warnock campaign spokesperson Michael Brewer told Fox News. “He also believes those who are concerned about life ought to be focused on the incredibly high rates of infant mortality and maternal mortality and working to make sure we are expanding access to healthcare, not taking it away.”

The organizer of the letter, Rev. Dean Nelson, said that politics had nothing to do with the pastors’ request for Warnock to reconsider his abortion stance.

“The message of the letter is relevant no matter who some of the signatories support, even though there are Republicans, Independents, and Democrats who have signed it. Rev. Warnock's extreme embrace and advocacy for abortion conflicts with biblical teaching and true justice for humanity. We urge him to reconsider his support for it.”

The Georgia run-off elections have deep implications for abortion access in the United States. If Democrats take control of the Senate, the Hyde Amendment, which restricts federal funding for abortions, could be repealed.

“This is an all-in, must-win battle for Georgia,” Mallory Quigley, national spokeswoman for Susan B. Anthony List's anti-abortion campaign in Georgia, said. SBA List plans to spend $4 million on the race.

Pro-abortion groups will also be spending heavily to secure the Senate, with NARAL Pro-Choice America using its ground team of more than 50,000 activists to fight Sen. Kelly Loeffler, a Republican appointed to fill retiring Sen. Johnny Isakson’s seat in 2019.