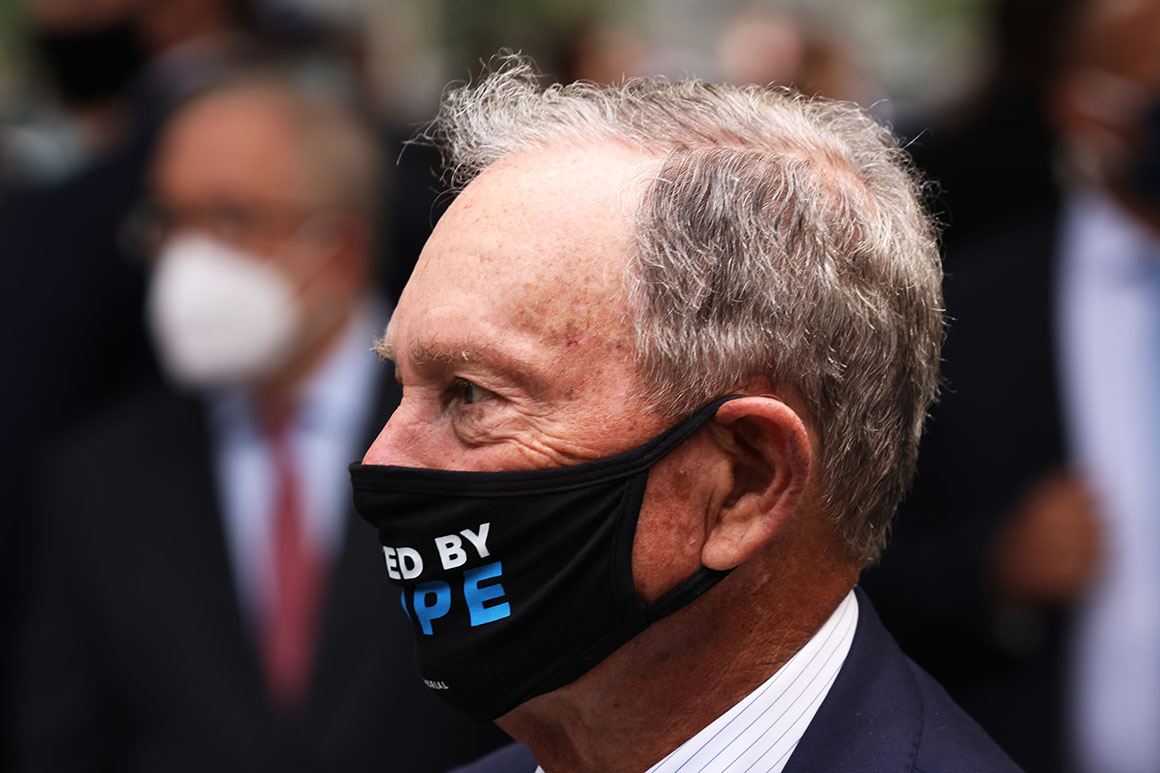 This Congress has a record number of women and people of color. But when it comes to the staff working behind the scenes, diversity is still a huge problem.

Two other former aides also worried about their newfound income levels added it was unclear to them at the time that their salary included the bump for taxes, which are coming due a year later. Beyond the personal headaches, others viewed the tax issue as the latest indignity in a campaign experience filled with them.

Disputes over anticipated salaries and see-sawing health care benefits during the height of the pandemic left many of the aides feeling burned by their time with Bloomberg. They believe the candidate’s tax accounting decisions also ran counter to personal values he espoused, such as bestowing generous pay and benefits on his employees and taking care of the little guy.

“If you’re setting up an organization that is running for president and you think that our tax laws should be different, and our policies should be different, in order to better help people, then the way you treat people on the campaign and the way that you pay them should reflect that,” the same ex-staffer added.

Bloomberg’s operation did pay comparatively high salaries for political campaigns, in part to attract talent late in the 2020 season. Many of its hires came from Bloomberg companies or his larger orbit, other failed primary campaigns or private firms and organizations. Aides described the housing he provided as modest, which added to their surprise when they saw the line items for what it cost the campaign.

Tax experts said the IRS rules about what benefits are taxable to employees are exceedingly complex. In instances where an employee is working on an oil rig and must be housed, for example, that does not count as income to the worker, said Robert W. Wood, an attorney and tax law expert in San Francisco.

There are numerous tax regulations on food, housing and other benefits, he added. Another tax lawyer said there are ways to structure benefits so as not to burden employees.

But Bloomberg’s tax accountants determined there wasn’t a way for them to provide benefits—namely rent-free housing—without it being tagged as income for the employee. They pointed to an IRS publication stating that employer-provided lodging was only non-taxable if the housing met all three conditions: that it was on the premises of the employer, furnished for the convenience of the employee and a condition of employment — meaning they had to accept it to properly perform their job.

“We were proud to pay our campaign staff good wages, consistent with our team’s skill level and higher than what is typically—but shouldn't be—a low-wage industry. And, if the employee opted in, we offered additional benefits like housing or relocation payments,” the Bloomberg campaign spokesperson said. “We don’t write the tax code, but we certainly follow it. Going beyond salary to pay employees' taxes on benefits is not common, but something we were proud to do.”

Bloomberg spent more than $1 billion of his own money on a 104-day campaign in which he skipped out on the early states and threw all his weight into saturating television markets with ads ahead of Super Tuesday. It didn’t work. He dropped out after a disastrous March 3 showing and eventually decided to transfer $18 million to the Democratic National Committee.

The problems for aides escalated from there. Bloomberg’s outfit informed employees that their health care coverage was set to end after a series of layoffs when the campaign folded, only to reverse the decision under pressure. Instead, outgoing staffers were offered to have COBRA plans paid by the campaign.

Separately, Bloomberg is fighting several lawsuits from his aides, including a class action suit in which ex-field staffers claim they were fraudulently induced to accept jobs with promises of guaranteed pay through November 2020. Bloomberg’s attorneys are fighting in court to have the cases dismissed, writing in briefs that the aides signed offer letters and were provided employee handbooks stating they were “at will” workers and could be terminated at any time.

Organizers acknowledged signing at-will contracts. But they stated that they can bring such claims based on evidence that they were persuaded to accept their jobs because of lengthy promises Bloomberg’s top lieutenants made to them.

Last year, POLITICO reported that hiring materials aides described as coming from the Bloomberg New York City headquarters guaranteed work with “Team Bloomberg” through the end of the general election regardless of whether he became the Democratic presidential nominee, provided the aides were willing to relocate to other states.

Bloomberg originally pledged to maintain and pay for offices staffed by his own employees in the swing states to help the Biden campaign. His in-house digital firm also made a play to work for the Democratic nominee. But the arrangements didn’t materialize. Instead, Bloomberg paid for the offices via the transfer to the DNC. The digital firm also did some work with the DNC. States like Florida, where Bloomberg spent much of his money, were nevertheless won by Trump.

Peter Romer-Friedman, an attorney in one of the lawsuits, called the surprise tax documents “unfortunate and especially burdensome for staffers who have been unemployed since last March.” But he said it doesn’t compare to the collective tens of millions of dollars that “Bloomberg and his campaign misleadingly promised to pay field staffers through the general election.

“We, of course, hope that Mike Bloomberg will eventually see the light and make good on his promises,” he added.

CLARIFICATION: This story has been updated to clarify Bloomberg’s post-primary spending on behalf of Biden.