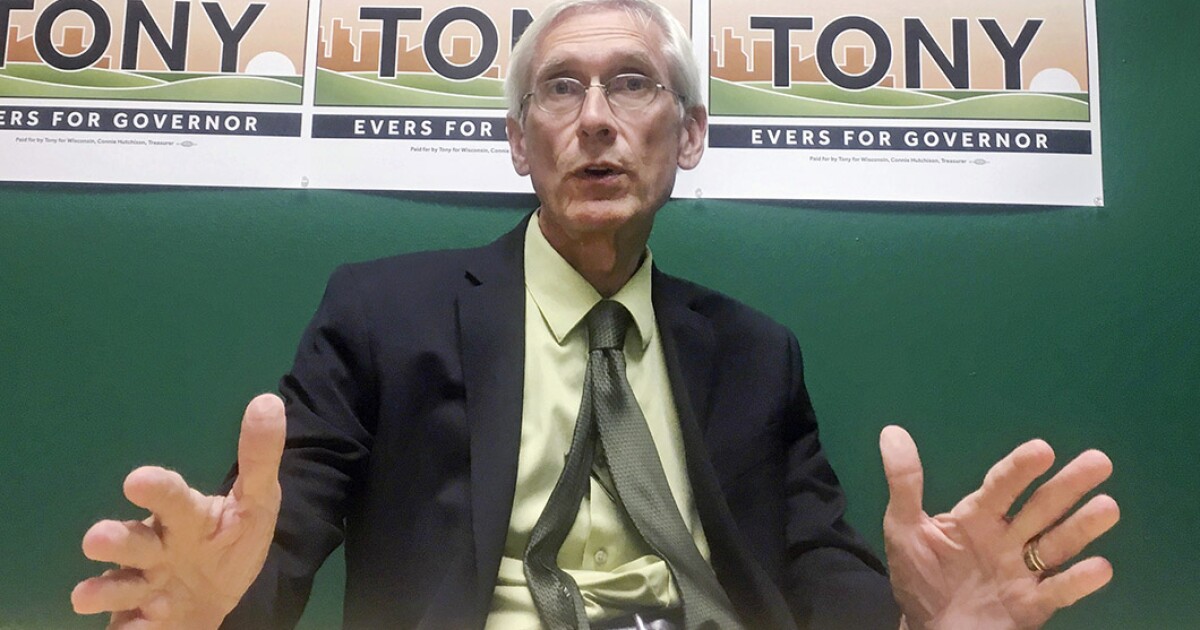 The split on Gov. Tony Evers’ proposed half-cent local sales increase can be seen in the different reactions by the state’s business and government groups.

Wisconsin’s largest business group, Wisconsin Manufacturers & Commerce, said the governor’s suggestion to allow communities with more than 30,000 people to raise their local sales tax will make many parts of the state less affordable.

“Hard-working Wisconsin families and small businesses have had to make tough decisions about their own budgets this past year,” WMC’s Scott Manley said on Friday. “Instead of having similar discussions about how to make government more efficient, this plan just takes more money from taxpayers at a time when they can least afford it.”

Government groups, including those that represent local governments who would benefit from the new tax money, say they’d welcome a local sales tax increase.

“Under current law, citizens in Wisconsin have the option of going to referendum to raise their property tax. Many have done so. Why not give them an option that many of them would prefer; to avoid increasing property taxes by adopting a small sales tax?” League of Wisconsin Municipalities Executive Director JerryDeschane said in a statement.

Evers is proposing his tax increase as a way to expand local control and perhaps lower property taxes as well.

“The state should be setting the floor, not the ceiling, for local partners, and Wisconsin taxpayers should have a say in whether they want their communities to have more resources so their local government can keep providing critical services,” Evers said in his announcement.

Wisconsin’s sales tax is a flat five percent. The governor’s office says 68 of 72 counties have imposed another 0.5% local sales tax on top of that. The special 0.1% sales tax that paid for Miller Park expired in April 2020. That rolled back taxes in Milwaukee, Ozaukee, Washington, Waukesha, Racine, and Kenosha counties.

Evers’ proposal would do more than add more to every purchase in the state. Eric Bott with Americans for Prosperity in Wisconsin said the sales tax increase would break one of the governor’s first campaign promises.

“Right before the 2018 election, Evers told you he would raise no taxes,” Bott said on Friday. “Today he proposed a monster of a tax hike.”