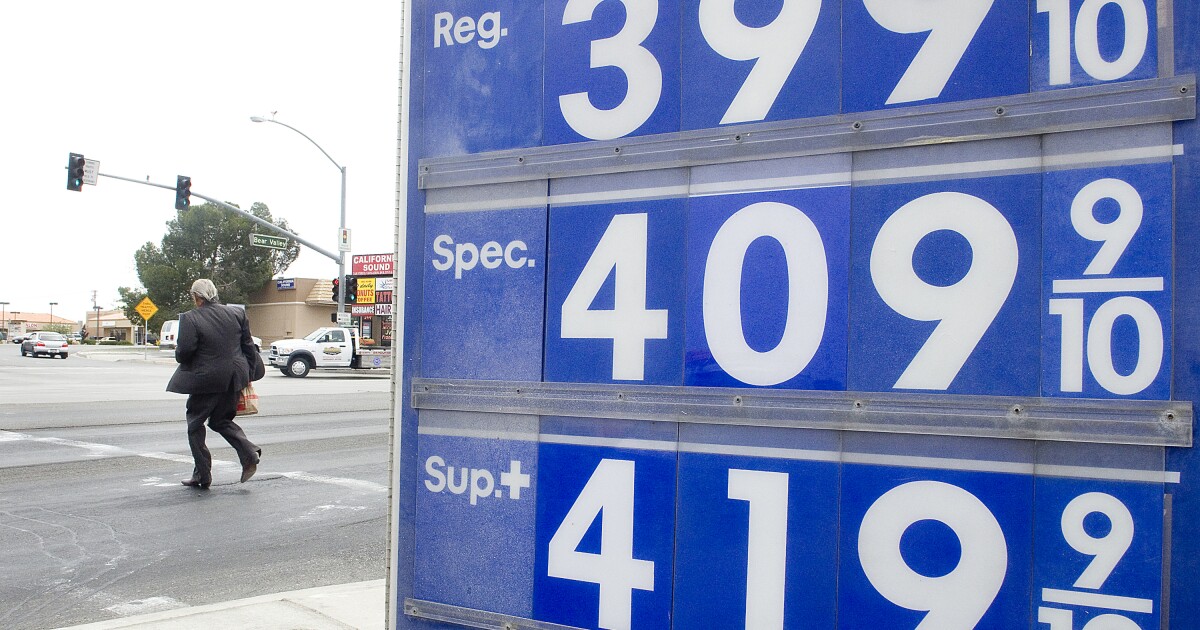 Gov. Gavin Newsom on Monday proposed pausing the annual gas tax hike that takes effect over the summer, which would halt the inflation adjustment set to kick in July 1. The measure was outlined in his 2022-2023 budget proposal, which the governor presented Monday.

Under existing law, the state’s excise tax rate is adjusted for inflation and rises incrementally each year. The bill that set this measure in motion, Senate Bill 1, was passed in 2017 to help fund transportation projects and road maintenance projects across the state.

The governor’s proposal would pause the annual adjustment, keeping the excise tax rate at 51.1 cents per gallon in the next fiscal year.

“It’s a $523 million gas tax holiday of sorts,” Newsom said during his budget proposal on Monday. He noted that the state will “backfill” the tax related to transportation projects to ensure “there’s no direct impact to investments.”

Currently, the Golden State has the nation’s highest prices for gas, coming in at an average of $4.651 per gallon, according to AAA. Part of the price at the pump comes from the state’s excise tax, as well as sales tax and state, local and federal taxes. In total, Californians pay 86.55 cents per gallon in gas taxes, according to Jeffrey Spring, a spokesperson for Southern California AAA.

While Newsom’s proposal would pause the scheduled increase of the state’s excise tax, another legislator introduced a bill this week that would temporarily suspend the excise tax altogether.

Assemblyman Kevin Kiley, R-Rocklin, introduced a bill on Wednesday that would suspend the state’s excise tax for six months, potentially saving Californians 50 cents-per-gallon at the pump.

“This bill puts money back into the pockets of families at a time when they need it most,” Kiley said in a statement. “Inflation and record gas prices are making our state even less affordable. Californians need relief.”

In November, California’s average gas price reached an all-time high of $4.682 per gallon, according to the Los Angeles Times. While the average price has slightly decreased since, Spring said AAA does not expect the price of fuel to go down any time soon.

“We hit records here in California back in November in many regions of the state, and even though oil prices dropped about 20% from October to the end of the year, they started going up again,” Spring told The Center Square. “But gasoline prices didn’t drop 20% in the same period of time – they dropped 2% or 3% and that was about it.

“Even though we’re still within 10 cents a gallon of our records, I just don’t see where it’s going to drop anytime soon, which is unfortunate because of how much we pay.”

A report released Wednesday from the U.S. Bureau of Labor Statistics found that the gasoline index rose 49.6% over the last year. The total consumer-price index rose 7% in December over the previous year.

Spring explained that part of the reason oil continues to rise is that “demand has outstripped production.” He noted that at the start of the pandemic, the oil price dropped dramatically when consumers had less of a demand for the commodity, causing producers to drastically reduce their capacity.

Now that people have largely returned to daily commutes and travel, oil demand is outpacing production, causing the price of fuel to rise. The higher oil cost has an impact on the price of goods.

“The price of goods has gone up and part of that is the cost of transporting the goods to their destinations,” Spring said.

“I think consumers have already seen what higher gas prices can do to other things in their sphere, like food products and even clothing,” he later added. “Everything that needs to be delivered somewhere is going to have a higher cost because of that.”