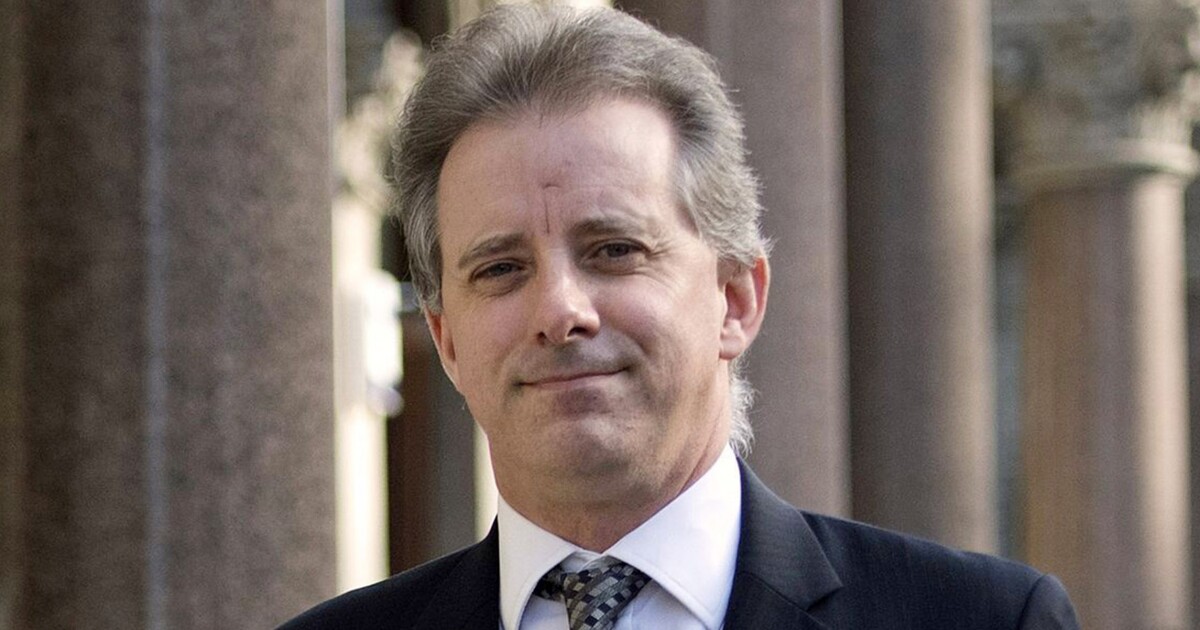 The world’s most infamous spy, Christopher Steele, is finally ready to talk—what will he say in his first television interview ever?

The stunning new documentary event ‘Out of the Shadows: The Man Behind the Steele Dossier’ premieres Oct 18—only on @Hulu. https://t.co/QwtsDydoPH pic.twitter.com/clRD9mRLrL

Steele is the former MI6 agent who compiled the salacious and discredited anti-Trump “Steele dossier” after being hired by the opposition research firm Fusion GPS, which itself had been hired by the Clinton campaign.

The former spy spoke with Stephanopoulos a couple of weeks ago for the first episode of the Good Morning America host’s new documentary series. The episode — “Out of the Shadows” — will air on Monday.

“The world’s most infamous spy, Christopher Steele, is finally ready to talk — what will he say in his first television interview ever?” ABC News tweeted on Thursday.

On Thursday, Stephanopoulos touted the interview as Steele's first since the dossier.

“We spoke about two weeks ago in London, and no holds barred — we covered all the ground,” he said. “He has been silent since that broke across the world five years ago. … He spoke up for the first time for this documentary.”

It might be Steele’s first televised interview , but it is not his first time speaking out. The ex-spy spoke at a private Oxford Union meeting in March 2020, where he defended the dossier, and he also spoke on the Infotagion podcast in August 2020 and September 2021, though he did not speak about the dossier last month .

Steele’s decision to sit down with Stephanopoulos for the Hulu series follows last month’s indictment of Democratic lawyer and cybersecurity expert Michael Sussmann. The grand jury indictment centers on a September 2016 meeting between him and then-FBI General Counsel James Baker in which Sussmann passed along allegations claiming there was a secret backchannel between Russia’s Alfa Bank and the Trump Organization.

While Durham said Sussmann told Baker he was not working for any specific client, the special counsel contends he was secretly doing the bidding of Clinton’s campaign, and billing his work to her, as well as working on behalf of a technology company executive named Rodney Joffe.

Sussmann pleaded not guilty. Steele was hired by Fusion, and Fusion was hired by Marc Elias, who was also a Perkins Coie lawyer and general counsel for Clinton's presidential campaign.

Steele testified in a British court that Sussmann provided him with other claims about Alfa Bank’s purported ties to Russian President Vladimir Putin  during a late July 2016 meeting. These allegations made their way into a September 2016 memo that became part of Steele’s dossier, although Steele repeatedly misspells “Alfa” as “Alpha.”

DOJ Inspector General Michael Horowitz said in his December 2019 report on the Russia investigation the FBI “concluded by early February 2017 that there were no such links” between Alfa Bank and the Trump Organization.

Horowitz concluded the FBI’s Trump-Russia investigation was deeply flawed. The DOJ watchdog criticized  the DOJ and the FBI for 17 “significant errors and omissions  ” related to its spy court surveillance of Trump campaign associate Carter Page.

The DOJ’s watchdog made it clear that the FBI could not confirm any of Steele’s central claims about Page while relying upon the dossier.

Horowitz said Steele’s dossier played a “central and essential” role in the FBI's wiretap efforts. Declassified footnotes  from Horowitz’s report indicate the bureau became aware that Steele’s dossier may have been compromised by Russian disinformation.

So far, Durham has obtained a single guilty plea — from ex-FBI lawyer Kevin Clinesmith for editing a Foreign Intelligence Surveillance Act filing fraudulently to state Page was “not a source” for the CIA. The judge in Clinesmith's case sentenced him to probation.

Durham has reportedly been scrutinizing Steele’s main source as well as his meetings with the FBI in 2016, among other issues.