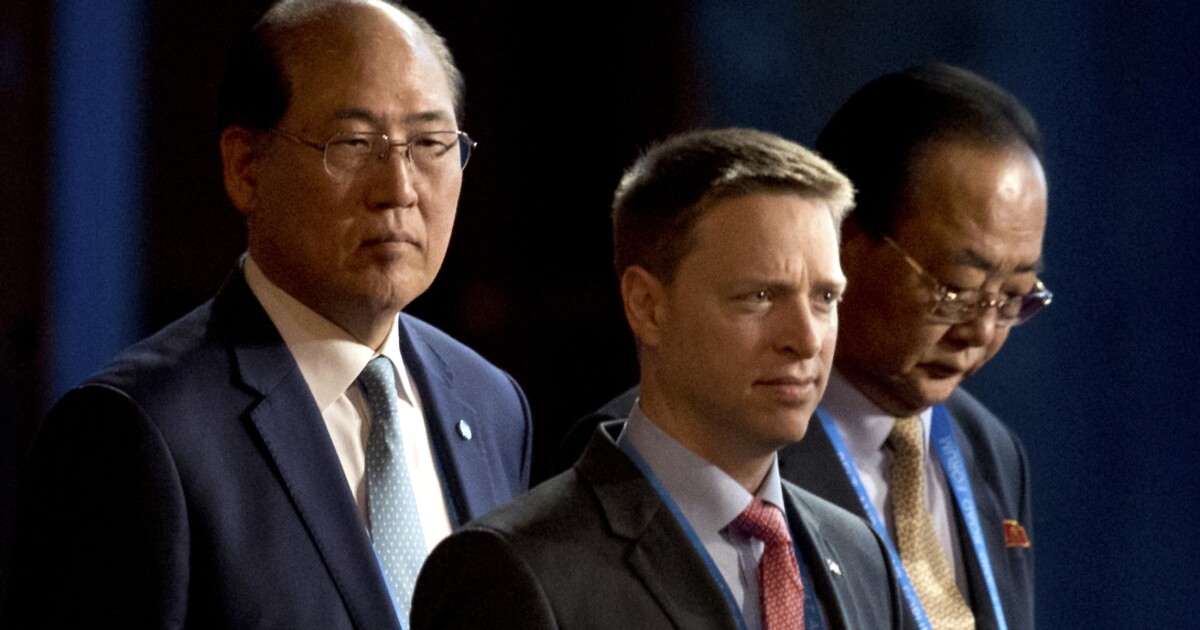 Former President Donald Trump’s deputy national security adviser Matthew Pottinger argued the “circumstantial evidence” that COVID-19 originated through human error, such as an accidental Wuhan lab escape, “far outweighs” the evidence that it was a natural outbreak as he criticized the Chinese government and the World Health Organization.

China has done its utmost to thwart investigations into the origins of the virus. The Trump administration withdrew from the WHO in 2020, claiming the United Nations agency was incompetent and influenced by China, although the Biden administration rejoined. A WHO joint investigation with Chinese officials was conducted in January and February.

“If you weigh the circumstantial evidence, the ledger on the side of an explanation that says that this resulted from some kind of human error, it far outweighs the side of the scale that says this was some natural outbreak,” Pottinger said during a Sunday interview on Face the Nation on CBS. “We have very strong reason to believe that the Chinese military was doing secret classified animal experiments in that same laboratory, going all the way back to at least 2017. We have good reason to believe that there was an outbreak of flu-like illness among researchers working in the Wuhan Institute of Virology in the fall of 2019, but right — immediately before the first documented cases came to light.”

On the same show, President Biden's national security adviser Jake Sullivan criticized China for blocking data on the origins of COVID-19, but he declined to stand by declassified U.S. intelligence released at the end of the Trump administration.

Trump’s spy chief, John Ratcliffe, laid out some of the intelligence this month, saying, “The Chinese military ordered scientists at the Wuhan Institute of Virology to experiment with coronaviruses starting as far back as 2017. Some of those viruses were 96.2% genetically similar to the current COVID-19 virus, and further, some of those scientists working on the similar coronaviruses became sick with COVID-like symptoms in the fall of 2019.”

Pottinger insisted on Sunday that “there is” evidence to back up those claims, adding that “the case it was making was for following up on these important leads.”

WHO team leader Peter Ben Embarek said this month the possibility that the coronavirus may have escaped from the Wuhan lab didn’t merit further inquiry, saying a jump from an animal to another animal to humans was most likely and an accidental release was “extremely unlikely.” Days later, however, WHO Director-General Tedros Adhanom Ghebreyesus said more study on the Wuhan lab leak hypothesis was needed.

Pottinger criticized the WHO and its investigation, arguing that “when it comes to this investigation into the origins, unfortunately, we're seeing a panel that's been sent to China that is deeply conflicted,” and he said that China “had a veto over who could come in.”

“The Chinese government was not sharing useful data with anyone in the world. The World Health Organization was parroting misinformation about this virus. They were claiming that it is not featuring significant human-to-human spread. They continued for weeks, even months, to claim that there was not a significant amount of asymptomatic spread,” Pottinger said. “So that misled our public health experts. I was able to call doctors on the ground in China in late January. And they were already telling me, ‘Look, this thing spreads asymptomatically. Half of the cases or more are asymptomatic.' That was a different story from what the Chinese government was telling.”

Pottinger said the United States had a dozen Centers for Disease Control and Prevention officers in China during the start of the outbreak, but he contended the Chinese Communist Party “turned to its military to try to cover this thing up” and even the Chinese CDC “to some extent was cut out.”

The Trump deputy national security adviser said the U.S. was “a little bit too credulous” early on, and that the “nature” of the Chinese regime “meant that we were not going to get that information — they had a strong incentive to mislead their own public and the rest of the world about the nature of this virus.”