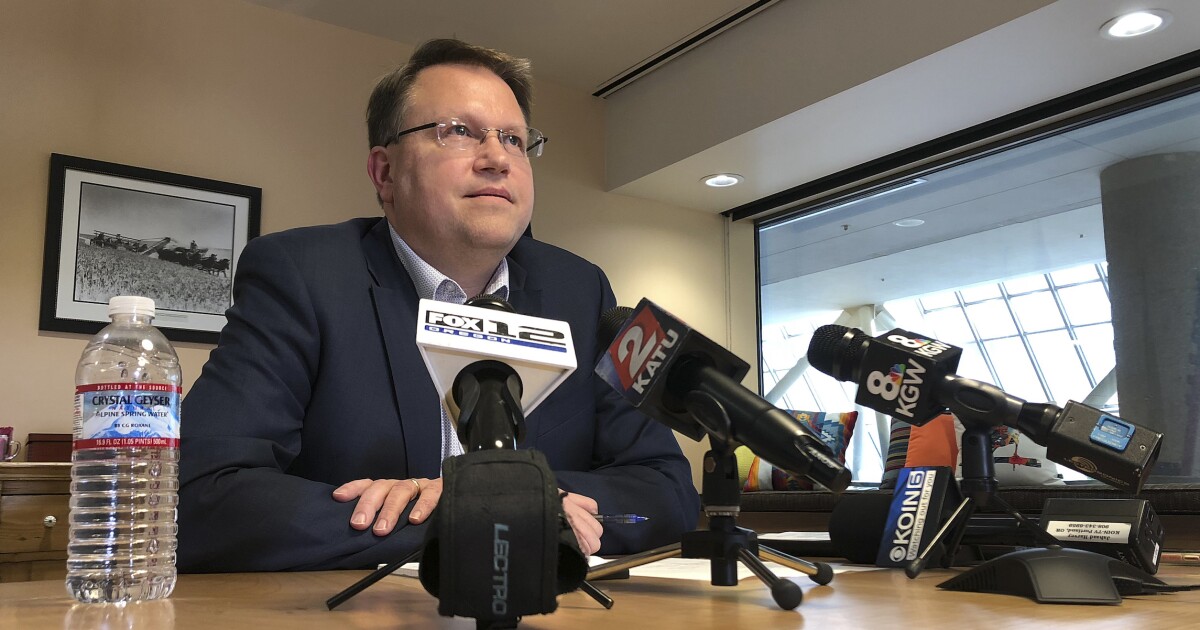 Oregon’s education boss allegedly did not plan on providing private schools with state-mandated face masks, according to a lawsuit against Gov. Kate Brown’s health orders from three Christian private schools.

The three schools in question—Horizon Christian School, McMinnville Christian Academy and Life Christian School—urged the courts to stop the governor’s June 24 executive order which effectively closed most K-12 classrooms around the state amid the COVID-19 pandemic.

It permitted schools to conduct in-person instruction only if their corresponding counties met the state’s health metrics for reopening classrooms.

Their attorney, John Kaempf, has argued that Brown's executive orders cost Horizon Christian School at least $128,860 in tuition and in-person fundraising, putting it in financial jeopardy.

Kaempf argued further that Brown’s order violated the schools’ rights under the Free Exercise Clause of the First Amendment which provides the right to gather for worship.

“There is no pandemic exception to the Constitution of the United States or the Free Exercise Clause of the First Amendment,” Kaempf wrote.

He argued in court documents that a ban on “faith-based gatherings” of more than 25 people regardless of what safety measures are in place “served no governmental interest” and was not “narrowly tailored.”

“How can the same person be trusted to comply with social distancing and other health guidelines in secular settings, but not be trusted to do the same in religious settings?” Kaempf wrote. “Plaintiffs only seek equal treatment. They do not seek an exemption from Oregon’s general public health guidelines. They simply wish to incorporate them into their faith-based school and worship practices.”

On Tuesday, U.S. District Court Judge Michael W. Mosman denied a preliminary injunction demanded by the schools to lift Brown’s restrictions, saying he found no unlawful motive behind the governor’s order. He further found the schools were unlikely to win their case.

Tuesday’s hearings nonetheless produced evidence that state officials seemed to be devoting unequal attention to public and private schools as recently as this summer.

In an exhibit submitted to the court, Kaempf read aloud a text message allegedly sent by Oregon Department of Education Director Colt Gill on July 23, 2020 stating his intent to send five million federally-provided KN95 face masks to public schools only.

“I think you are aware that we were able to land 5 million non-medical KN95 face coverings,” the text message read. “I plan on distributing these to school districts with a formula based on enrollment with a weighting for poverty. I did not plan on providing any to private schools.”

Jody Christensen, regional solutions coordinator for Brown’s office, testified that she was not aware of any attempt by the state to exclude private schools from receiving KN95 masks.

Marc Abrams, legal counsel to the governor, argued the state was within its right to distribute the face masks to whomever it chose.

Called to the stand by Kaempf, Yamhill County Commissioner Mary Starrett testified on Tuesday that Brown’s regional solutions director, Leah Horner, voiced concerns about competition between public and private schools during a Zoom call on August 5.

Horner argued in her testimony that such a scenario was a possibility, not a genuine concern among state officials.

Public and private schools across Oregon remain closed for the most part while students learn from home as the state endures a two-week shutdown.