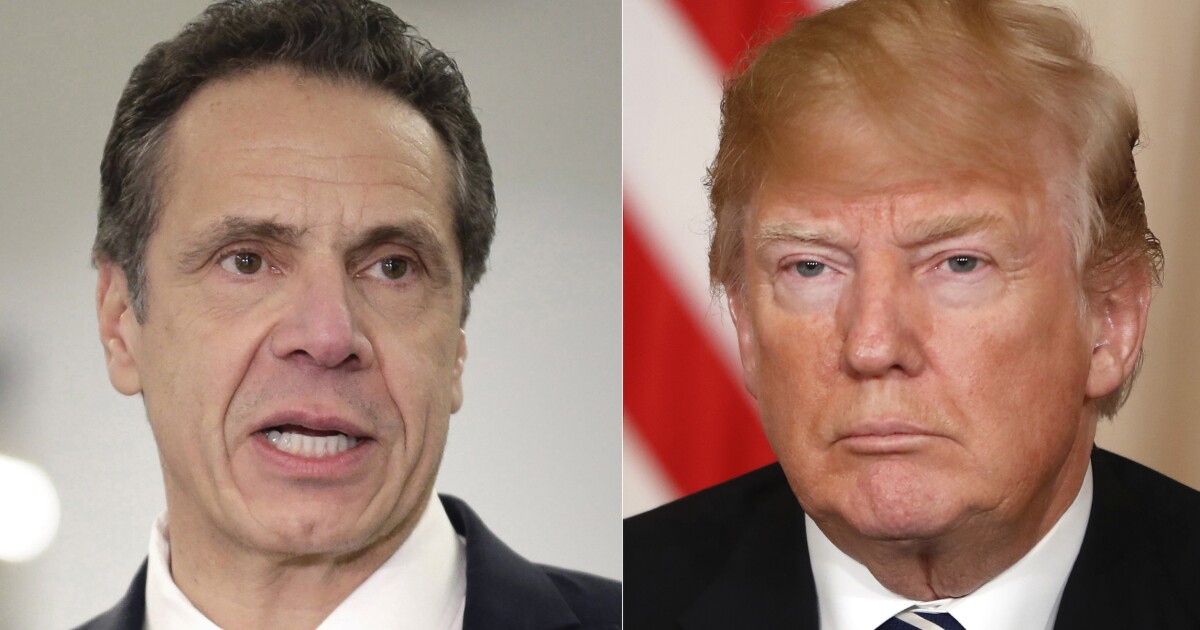 Gov. Andrew Cuomo appeared on a New York City radio station Tuesday morning, saying that the developments of vaccines to prevent COVID-19 have nothing to do with President Donald Trump.

The governor’s comments came during an interview on WQHT-FM’s Ebro in the Morning. The wide-ranging discussion touched on several topics, including law enforcement reform, indoor dining restrictions and even the governor’s relationship with New York City Mayor Bill de Blasio. But, the beginning of the segment touched on the vaccines and Cuomo’s concerns about how they’ll be distributed.

Trump last week, in announcing details of Pfizer’s vaccine, singled out New York as a state that would not get doses until the governor gives his approval. Back in September, Cuomo, then wary that a vaccine may get rushed to prop up the president’s reelection campaign, said he wanted a state panel of health experts to review any vaccine before the state recommended it to residents.

Cuomo told Ebro Darden on Tuesday that “money and ego” was spurring the development of the vaccines,

“The first drug company that has the vaccine, that is big money,” the governor said. “You didn't need Trump to tell the vaccine companies you should develop a vaccine. He had nothing to do with it. Pfizer, Moderna, Johnson & Johnson, they all know this is billions of dollars, whoever gets to the market first. So, it's in their economic interest to push this fast. President, it's ego. On the way out the door he wants to be able to say, I solved COVID because I discovered a vaccine. Nah, it's all BS. He didn't do anything.”

The governor also accused the president of politicizing the process and fueling distrust, noting several polls indicate half of the country have reservations about the vaccine. Getting over trust issues will be a major challenge, which is why the state will look to confirm the federal government’s findings.

He believes the U.S. Food and Drug Administration could issue an emergency authorization to distribute the vaccine by January, probably before presumed President-elect Biden takes office.

If the state panel corroborates vaccine data, the Cuomo said he’d work to promote trust in it.

“I'll be the first person to take the vaccine,” he said.

Later in the day, New York announced its COVID numbers continue to rise. More than 5,000 people tested positive Monday, a positivity rate of almost 3.2 percent. For the last week, the state’s positivity rate is 2.9 percent. The state also reported 29 deaths on Monday.

According to the Becker Hospital Review, only Maine, Hawaii and Vermont have lower positivity rates than New York.