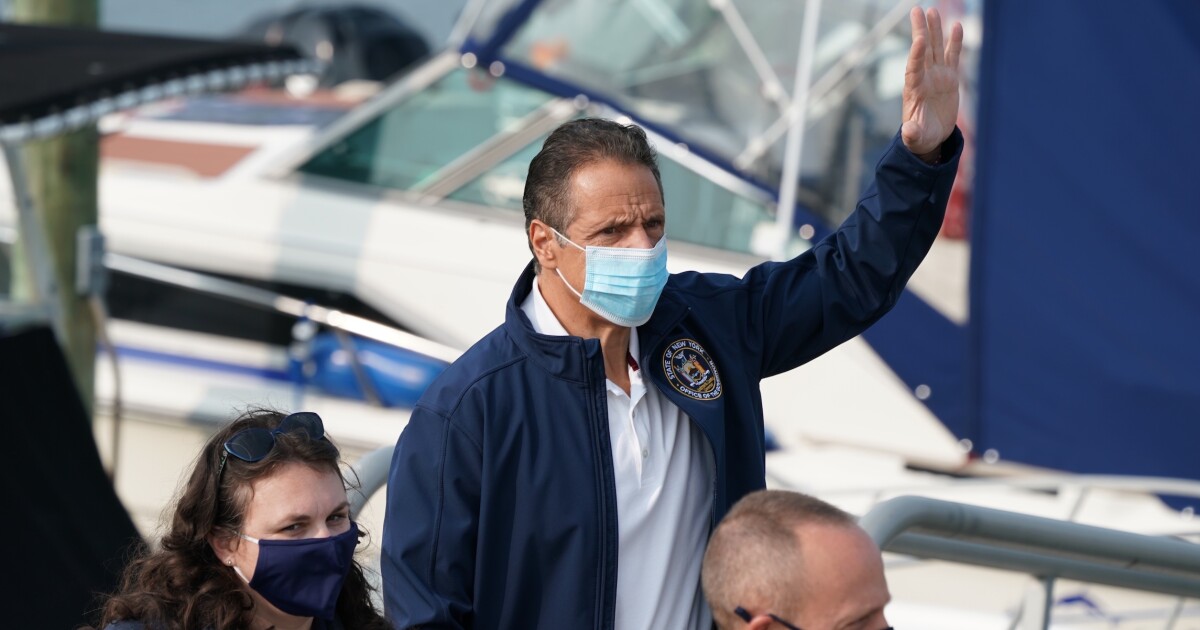 New York Gov. Andrew Cuomo pulled no punches Wednesday in responding to reports that the COVID-19 relief package being hashed out by congressional leaders in Washington would not include funding for state and local governments.

He also announced the cash-strapped state will advance $1.5 billion to help essential state agencies over the next couple months.

Cuomo also admitted there will be a need for tax increases but told lawmakers that he wants any tax hike done at the same time as the budget, which would likely keep lawmakers from trying to pass last-minute increases before the end of the year. He also talked about possible new funding sources, including expanded sports betting and legalized marijuana.

Cuomo said governors were scheduled to hold a call with President-elect Joe Biden Wednesday afternoon, and the top agenda item would be state and local government aid.

“I've spoken to President-elect Biden before. He gets it,” the governor said. “The problem is he has to get into office, and then he has to propose a budget.”

Waiting until February or March would allow the incoming Biden administration to potentially put through another COVID funding bill, one that would aid states, Cuomo said. But the fact that New York and other states will likely have to wait for funding didn’t sit well with him.

“This is a major problem. It's a major disgrace,” Cuomo said. “We have been talking about this for months since before the election. And then after the election, people were supposed to put their politics aside and actually do their job. Apparently that hasn't happened.”

While Democrat-run states like New York, Illinois and California face major budget crunches due to economies that stalled during the COVID-19 shutdowns, they’re not alone in this ordeal, Cuomo said. As the chairman of the National Governors Association, he’s heard plenty from his Republican colleagues. While many of them received funds from the CARES Act in March, they now need more flexibility in order to spend it.

And while New York will likely wait again on its $15 billion request, Cuomo and his staff said they’re making funding available to agencies that receive funding from Albany but will face cash flow issues in the weeks ahead.

Cuomo said the state may declare a state of emergency with the winter storm that’s headed that way. Some parts of upstate New York could receive between 18-to-24 inches of snow.

Despite the gloomy weather, the state does not expect that to hinder upcoming shipments of COVID-19 vaccines.

Larry Schwartz said the next batch of vaccines are expected to land in New York on next Tuesday.