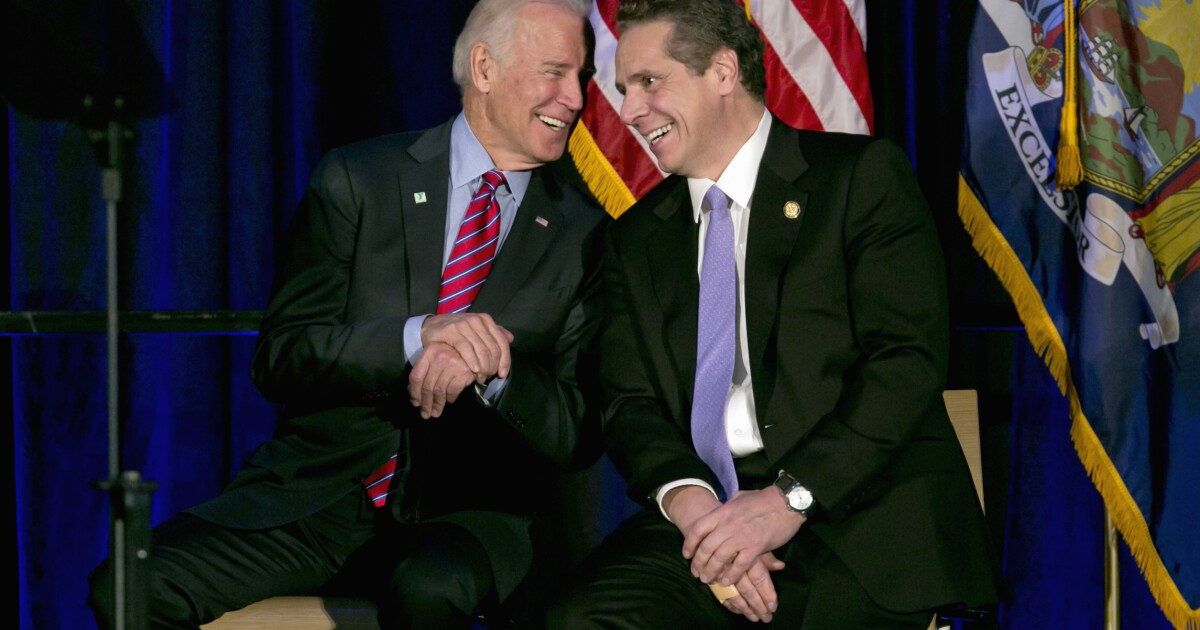 Cuomo told reporters he initially planned on going. However, in wake of the riot that took place at the U.S. Capitol nearly two weeks ago, federal officials have warned of potential protests at state capitals.

The state has prepared, he said, with police officers on standby.

“I have no problem asking our public servants to step up when the time is required … but when I do that, my personal inclination is I like to be there also,” Cuomo said. “I'm a little old school. I don't like to ask anyone to do anything that I'm not willing to do.”

On Jan. 6, a skirmish between Trump supporters and counterprotesters at the New York Capitol grounds led to two people getting stabbed. Police subsequently arrested Alexander Contompasis on assault charges.

He was released on bond the following day. His attorney told the Albany Times-Union her client was protecting himself from members of the Proud Boys, a right-wing organization.

That incident took place a couple hours before protesters descended upon the U.S. Capitol and breached security there, forcing a delay in verifying Electoral College votes and certifying Biden’s electoral victory.

On Friday, federal authorities arrested a Rochester man and charged him with unlawful entry at the U.S. Capitol. A release from the U.S. Attorney’s Office for the District of Columbia stated Dominic Pezzola, 43, was among a group that stated they would have killed elected officials and vowed to return.

A court hearing was held in the case Friday in a New York federal courthouse. He was slated to remain in custody pending an appearance in a D.C. federal courtroom.

In the aftermath of the D.C. incident, New York State Police fortified the state Capitol grounds, including multiple layers of fencing around the building. Officials in New York and other states were concerned rallies may take place on Sunday in advance of the inauguration.

However, the Rochester Democrat and Chronicle reported that the only groups on hand were police officers and reporters, as well as a few anti-Trump protesters.