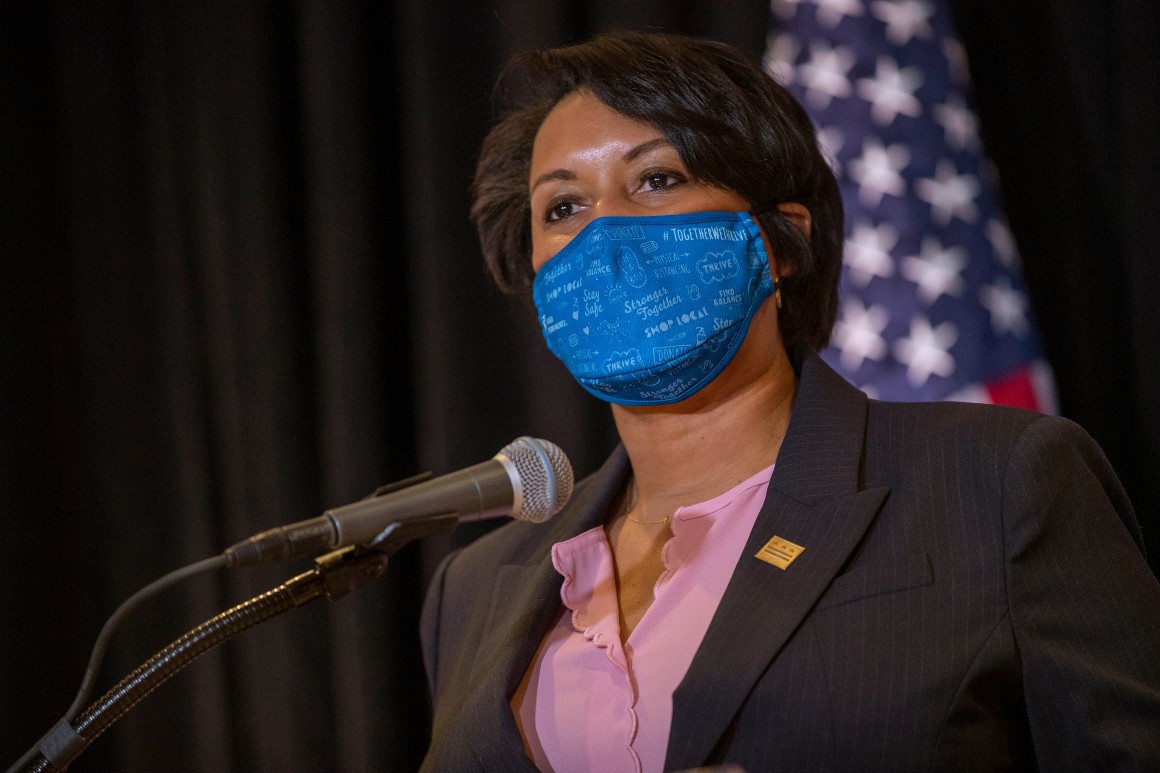 Five people, including a U.S. Capitol Police officer, died in the storming of the building on Wednesday by supporters of President Donald Trump who sought to thwart Congress’ counting of the Electoral College vote and overturn Biden’s victory. Bowser has called for an investigation into the Capitol Police force’s response to the crowd, which overran officers and breached the building. Trump’s incitement of the crowd has led to pressure on him to leave office before the inauguration, which will take place on the steps of the Capitol.

In her letter, Bowser asked that the acting attorney general direct the FBI to “provide an intelligence and threat briefing on a daily basis” during the extended event period.

The mayor also recommended that DHS coordinate with the Defense Department, the Justice Department, Congress and the Supreme Court to develop a “security and federal force deployment plan” for all federal grounds.

Bowser wrote that establishing a federal plan with those agencies would allow D.C.’s police force to “focus on its local mission.”

The mayor added that the city was submitting a request for a pre-disaster declaration under the Stafford Act.

The security recommendations “are essential to demonstrating our collective resolve in ensuring the Constitutional transition of power and our nation’s Capital in the days leading up to it,” Bowser wrote.