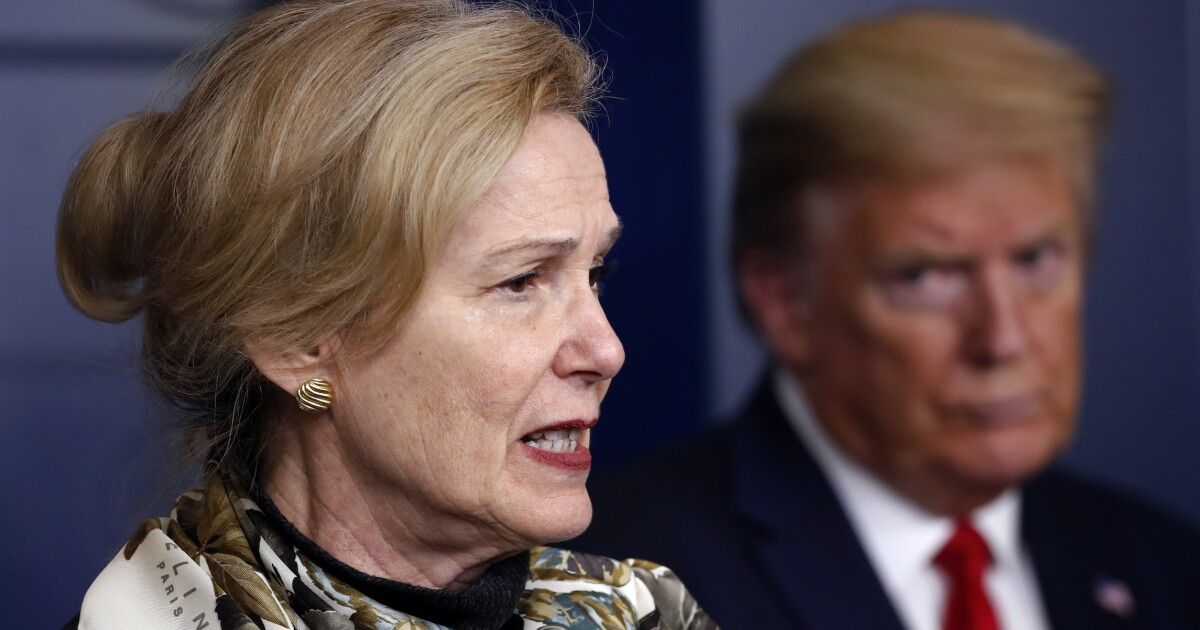 While President Trump has been out campaigning at large rallies, his coronavirus adviser Deborah Birx has been warning about the growing number of new COVID-19 cases.

In an internal report released on the Monday before the presidential election, Birx, who is the response coordinator for the White House Coronavirus Task Force, urged “much more aggressive action” to combat the illness, according to the Washington Post.

“We are entering the most concerning and most deadly phase of this pandemic … leading to increasing mortality,” she said in the Monday report, which was distributed among top administration officials. “This is not about lockdowns — It hasn’t been about lockdowns since March or April. It’s about an aggressive balanced approach that is not being implemented.”

Although Trump has claimed at rallies that the United States is “rounding the turn” on the pandemic, the reality is that new cases are being recorded at record-breaking levels. The U.S. has had some 9.3 million cases of COVID-19 and more than 231,000 deaths since the pandemic began. According to the New York Times, in the past two weeks, new cases have surged by 45% and new deaths by 17%.

“Cases are rapidly rising in nearly 30 percent of all USA counties, the highest number of county hotspots we have seen with this pandemic,” the Monday report said. “Half of the United States is in the red or orange zone for cases despite flat or declining testing.”

Birx’s reports have become increasingly more dismal over the past few weeks, with one administration official telling the Washington Post on condition of anonymity that she “has been urgent for weeks” and another saying that Birx “feels like she’s being ignored” within the White House.

While Trump and Dr. Anthony Fauci have publicly hit back at each other over the administration’s COVID-19 response, Birx has been able to avoid the president’s ire.

During a campaign rally on Sunday night, mostly maskless supporters in Florida could be heard chanting, “Fire Fauci!” to which Trump seemed to suggest that he was considering it.

Health and Human Services Secretary Alex Azar on Monday appeared to dismiss the notion that Trump might be angling to have the nation’s foremost expert on infectious diseases fired.

“Well, the president likes Dr. Fauci,” Azar told Fox News. “He hears from many different advisers. He's got a lot of our top doctors and top scientists and others to advise him, and he hears conflicting views, and he sorts them out and designs the best course for the country.”

Trump’s political rival, Joe Biden, has used Trump’s attacks against Fauci to criticize his election opponent and has routinely vowed to listen to doctors and scientists should he win the election.

Polling shows Biden with a lead over Trump nationally and in most battleground states. A RealClearPolitics average of national polls has Biden leading the president by a 6.7-point margin.