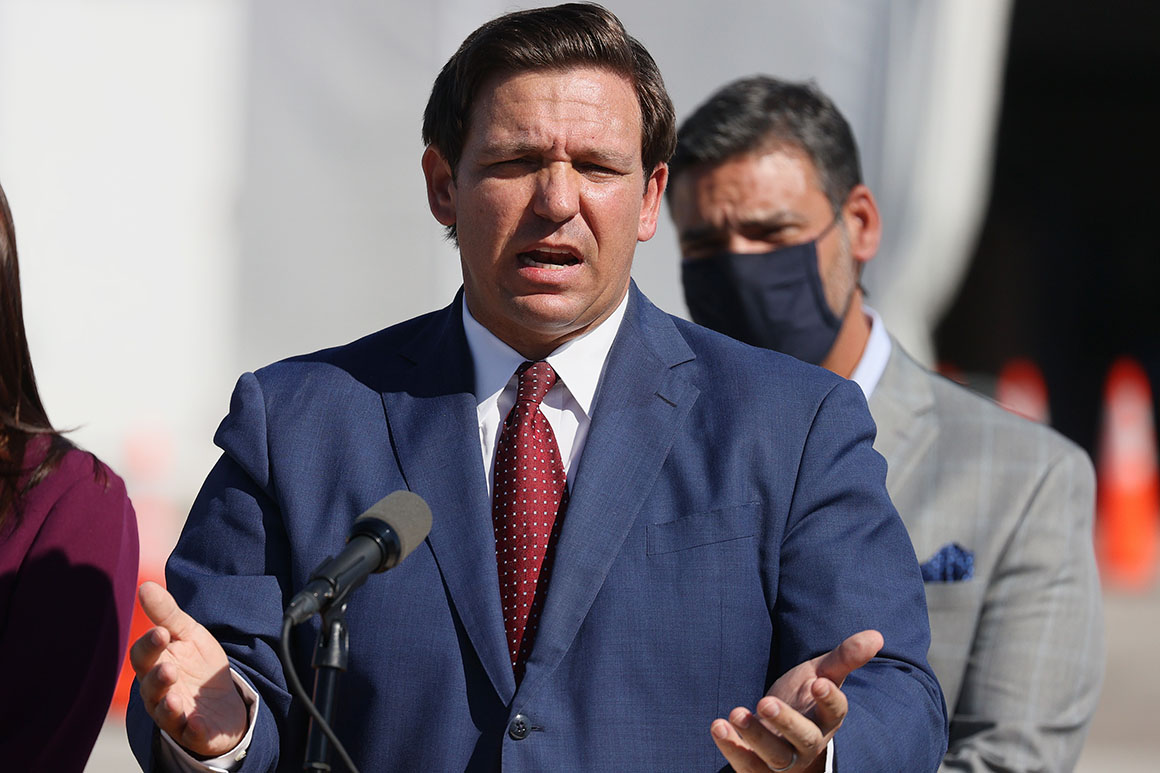 That 52-point lead over Rubio represents a massive increase since July — the last time Fabrizio polled a matchup between the three and found DeSantis ahead by just 11 points over Rubio.

“In order to run for president, you need to have your home state, you need your home base. And DeSantis clearly has that,” said Fabrizio, who polled for President Trump’s two elections and has also worked for DeSantis and Scott in the past. Fabrizio’s survey of 304 Republicans had a margin of error of +/-5.6 percent.

It’s not just Fabrizio’s polls that have picked up an increase of Republican enthusiasm for DeSantis in Florida. A survey by Republican pollster Ryan Tyson recently found that DeSantis had better favorable ratings than Trump in the Florida GOP, a remarkable feat considering Trump won Florida by a bigger margin in 2020 than Barack Obama did in 2008.

Obama was the last top-of-the-ticket Democrat to win Florida. The state has only has one statewide elected Democrat now, Agriculture Commissioner Nikki Fried, who’s positioning herself to run for governor against DeSantis next year.

Fabrizio’s survey also tested another key metric for Florida GOP voters: of the three statewide Republicans, who do you believe is the biggest Trump supporter? With 67 percent saying DeSantis, it’s not even close. Only 9 percent said Scott, and 7 percent said Rubio.

Scott’s relatively small numbers stand out for a senator who voted against certifying the Electoral College vote in Washington even after a violent pro-Trump mob invaded the U.S. Capitol. Rubio voted to certify the results.

“Given the attention in the state to Scott’s and Rubio’s positions and votes on the outcome of the election, it’s kind of startling to see DeSantis, by an even wider margin, is perceived as Trump’s biggest supporter of the three,” Fabrizio said.

Rubio, who ran unsuccessfully against Trump and lost Florida to him in the 2016 GOP primary, hasn’t ruled out a future presidential campaign. But for now, his advisers say he’s focused on being senator and running for reelection in 2022. DeSantis, who doesn’t have a team of advisers, is running for reelection at the same time and recently ducked a question on Fox News about his interest in a White House bid.

Scott, too, harbors presidential ambitions and is up for reelection in 2024. He was recently tapped to lead the National Republican Senatorial Committee to help the GOP win back control of the upper chamber of Congress.

Scott and DeSantis will both address the Conservative Political Action Conference this weekend in Orlando, where Trump will give his first public speech since leaving the White House. Rubio is not scheduled to speak, citing a prior commitment.

Though Rubio is viewed as a hard-to-beat general election candidate in the state, far-right conservatives have held Rubio in suspicion since his effort to shape a bipartisan immigration reform plan in 2013, and they denounced him for voting to approve the Electoral College results Jan. 6. Some hoped that Trump’s daughter, Ivanka Trump, would challenge Rubio, but she has reportedly declined.

“Imagine if Ted Cruz had not won Texas in 2016 and what it meant for Marco Rubio to lose Florida in 2016,” Fabrizio said. “In terms of running for president in a primary, if you don’t have your home state, what do you have?”