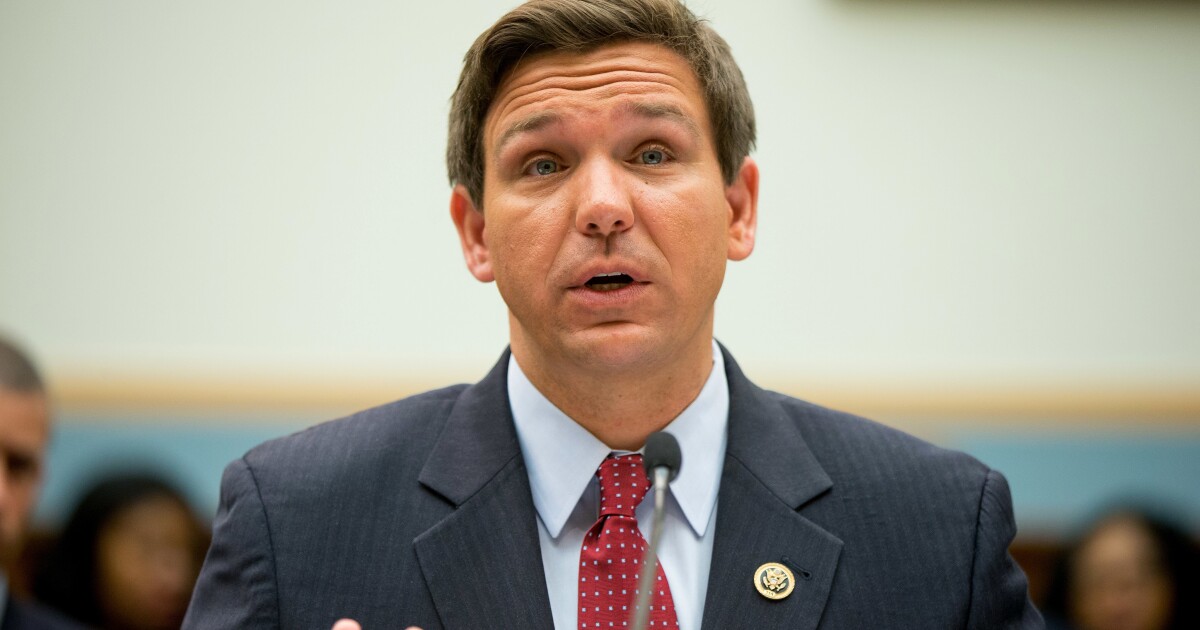 The severe weather locking much of the nation in a deep freeze has delayed the shipment of about 200,000 Moderna COVID-19 vaccines to Florida, Gov. Ron DeSantis said Wednesday.

“It’s not a great day here in Florida, weather-wise, but it’s a heck of a lot worse in other parts of the country,” DeSantis said at Premier Sports Campus in Lakewood Ranch. “So vaccine shipments are being delayed.”

The governor said Pfizer’s 136,000-dose vaccine shipment for this week has arrived but a 200,000-dose shipment of Moderna vaccines expected Tuesday had not showed by Wednesday. The shipment will arrive Thursday or Friday, he said.

“Frontline” healthcare workers, those aged 65 and older, and people under 65 with significant health complications are prioritized to receive the vaccine under DeSantis’ plan.

As of Tuesday, 2.43 million people have been vaccinated with at least one of the two-shot regimen, according to the Florida Department of Health (DOH).

Of that 2.43 million, 1.82 million are residents 65 and older. There are 4.5 million residents age 65 and older in Florida and the state is conducting various forms of “dedicated” outreach to ensure an estimated 2.7 million seniors who not been inoculated seniors have access to the vaccine.

DeSantis was in Lakewood Ranch in Manatee County, south of Tampa Bay, to announce the state will direct 3,000 additional Moderna vaccines for seniors into two Lakewood Ranch zip codes under the targeted outreach program.

Requested by Manatee County Commission Chair Vanessa Baugh for her district, the Bradenton Herald reported the Governor’s Office reached out to Lakewood Ranch developer Rex Jenson before approving the request.

Fellow Manatee County Commissioners criticized Baugh for negotiating an arrangement where vaccines went to her constituents in a deal seemingly orchestrated to benefit the governor’s wealthy supporters and campaign contributors.

In response to questions about allegations of favoritism, DeSantis said directing vaccines through Jensen to reach eligible seniors is no different working with Black churches, synagogues and mosques in South Florida to reach underserved communities.

“In every community we’ve done, when we go to senior heavy communities, people appreciate it,” DeSantis said, noting DOH officials examined counties statewide where a lower percentage of seniors have received the vaccine and coordinated outreach.

He said there are similar “community pods” in Sun City Center, Delray Beach and The Villages.

“If Manatee County doesn’t like us doing this, we are totally fine doing this in counties that want it,” DeSantis said. “Most people, I think, will want it. There are going to be folks who complain about getting more vaccine. But I’ll tell you what, I wouldn’t be complaining.”

The governor’s comments drew knee-jerk rebuke from state Agriculture Commissioner Nikki Fried, Florida’s only statewide-elected Democrat who is expected to challenge DeSantis in the 2022 gubernatorial election.

“There is no reason that Gov. DeSantis should be rationing vaccines based on political influence. This is troubling and potentially illegal,” Fried said. “Vaccines should be distributed to counties based on need, capacity and science. While I am disappointed in the governor using vaccines as a political tool, I plan on working with the Biden Administration to ensure they do not penalize Floridians for his actions and continue to ramp up vaccine distribution to all communities, so that we can get our economy and state going again.”