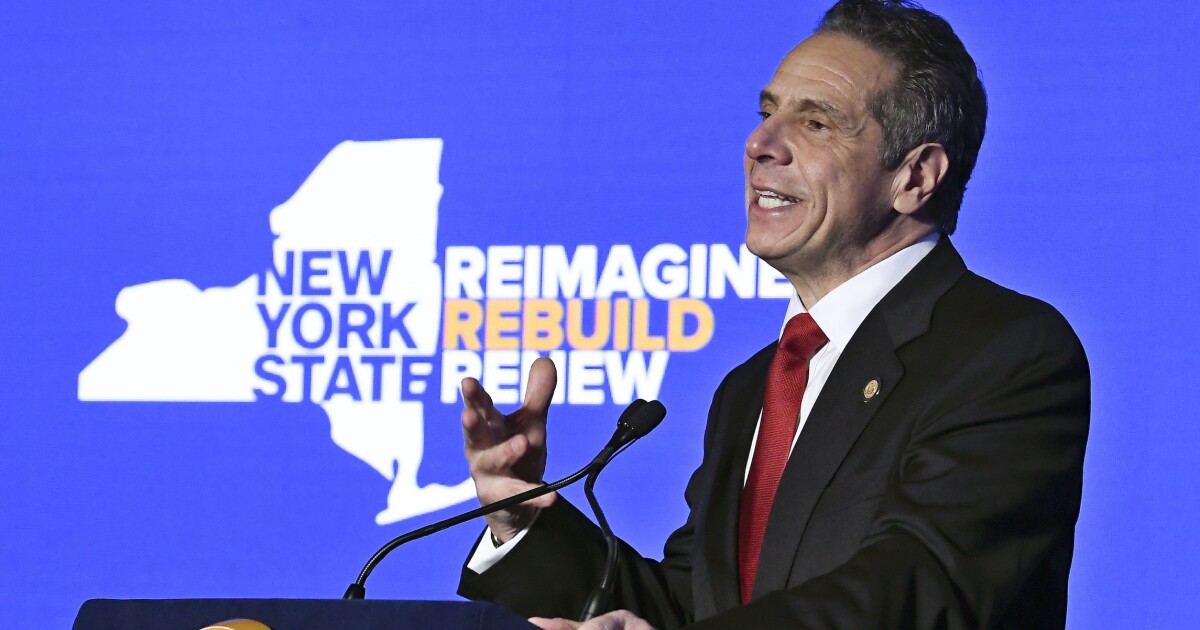 The FBI and the Brooklyn federal prosecutor’s office have opened an investigation into New York Gov. Andrew Cuomo’s handling of nursing homes and nursing home death data during the coronavirus pandemic, according to multiple reports.

The Democrat, who wrote a book bragging about his handling of the health crisis, has come under heightened scrutiny in recent weeks, with a New York attorney general investigation finding Cuomo’s administration obscured key data and issued directives that may have led to an increase in nursing home deaths. In addition, multiple media investigations have concluded that New York undercounted the number of coronavirus patients sent into nursing homes in New York, fueling calls by Republicans and an increasing number of Democrats for transparency and accountability.

The Times Union first reported on Wednesday that the U.S. attorney's office in the Eastern District of New York “is apparently in its early stages and is focusing on the work of some of the senior members of the governor's coronavirus task force, according to a person with direct knowledge of the matter who is not authorized to comment publicly.” NBC News soon cited “senior officials familiar with the probe” in reporting that the bureau and the Brooklyn prosecutor's office had opened a “preliminary investigation into the Cuomo administration's handling of nursing home-related data.”

The U.S. attorney’s office declined to comment. The FBI and Justice Department did not immediately respond to requests for comment.

The Justice Department, then under former President Donald Trump, announced in August it was seeking COVID-19 data “from the governors of states that issued orders which may have resulted in the deaths of thousands of elderly nursing home residents.” Specifically, the agency set its focus on New York, New Jersey, Pennsylvania, and Michigan, which it said had “required nursing homes to admit COVID-19 patients to their vulnerable populations, often without adequate testing.”

“Protecting the rights of some of society’s most vulnerable members, including elderly nursing home residents, is one of our country’s most important obligations,” then-Assistant Attorney General for Civil Rights Division Eric Dreiband said. “We must ensure they are adequately cared for with dignity and respect and not unnecessarily put at risk.” That DOJ inquiry expanded in October.

“As we publicly said, DOJ has been looking into this for months,” Cuomo senior adviser Rich Azzopardi told the Washington Examiner on Wednesday. “We have been cooperating with them and we will continue to.” He did not answer questions on whether anyone in the Cuomo administration had been interviewed by investigators or if any documents had been subpoenaed.

Cuomo aide Melissa DeRosa told New York state legislators during a February Zoom call that Trump “turns this into a giant political football” and “starts tweeting that we killed everyone in nursing homes.” She said the Cuomo administration “froze” when the DOJ and the New York lawmakers both pressed for info last year “because then we were in a position where we weren't sure if what we were going to give to the Department of Justice or what we give to you guys and what we start saying was going to be used against us, and we weren't sure if there was going to be an investigation.”

The governor said during a press conference this week that his administration gave the DOJ requests “precedence.” He said his administration fully “replied to” the Justice Department's request in August and to its October request by “voluntarily producing information for that on a rolling basis” as recently as Jan. 8.

Earlier this week, the Justice Department declined to answer the Washington Examiner’s questions about the status of its Cuomo nursing home investigation, what info has been received, what actions will be taken in the future, whether it has responded to congressional inquiries, whether Cuomo’s claims were accurate, and what data it had received from the New York governor.

The controversy stems from a March order from the New York Health Department requiring nursing homes to accept patients infected with COVID-19.

“No resident shall be denied re-admission or admission to [a nursing home] solely based on a confirmed or suspected diagnosis of COVID-19. [Nursing homes] are prohibited from requiring a hospitalized resident who is determined medically stable to be tested for COVID-19 prior to admission or readmission,” the order from March 25 said. It was rescinded May 10.

New York Attorney General Letitia James, a Democrat, issued a report in January that concluded, “Nursing home implementation of some guidance may have led to an increase risk of fatalities in some facilities and may have obscured data reported by nursing homes.” She said that “4,000 nursing home deaths occurred after the issuance of the March 25 guidance.”

Republicans on the Senate Judiciary Committee called upon Democratic Chairman Dick Durbin to hold hearings on the Cuomo nursing home scandal and said on Wednesday that President Biden’s pick for attorney general, Judge Merrick Garland, should prioritize this investigation.

“When Judge Garland testifies before this Committee, we expect him to commit the Department of Justice to fully investigating this cover-up to determine whether any criminal laws were violated and to prosecute any violations,” GOP senators said. “We will also ask him whether he has the resources he needs to fully pursue an investigation, not only into the deaths that occurred in New York but the deaths that occurred in other states that adopted similar directives leading to the admission of COVID-19 infected persons into elder care facilities.”

The Associated Press reported this month that more than 9,000 recovering coronavirus patients in New York “were released from hospitals into nursing homes early in the pandemic” due to Cuomo’s March order. The report said that “the new number of 9,056 recovering patients sent to hundreds of nursing homes is more than 40% higher than what the state health department previously released.” The Daily Caller reported in May that “the New York State Department of Health’s quiet switch to a reporting method that undercounts deaths of nursing home and other long-term care facility residents followed the administration facing criticism over skyrocketing deaths in such facilities.”