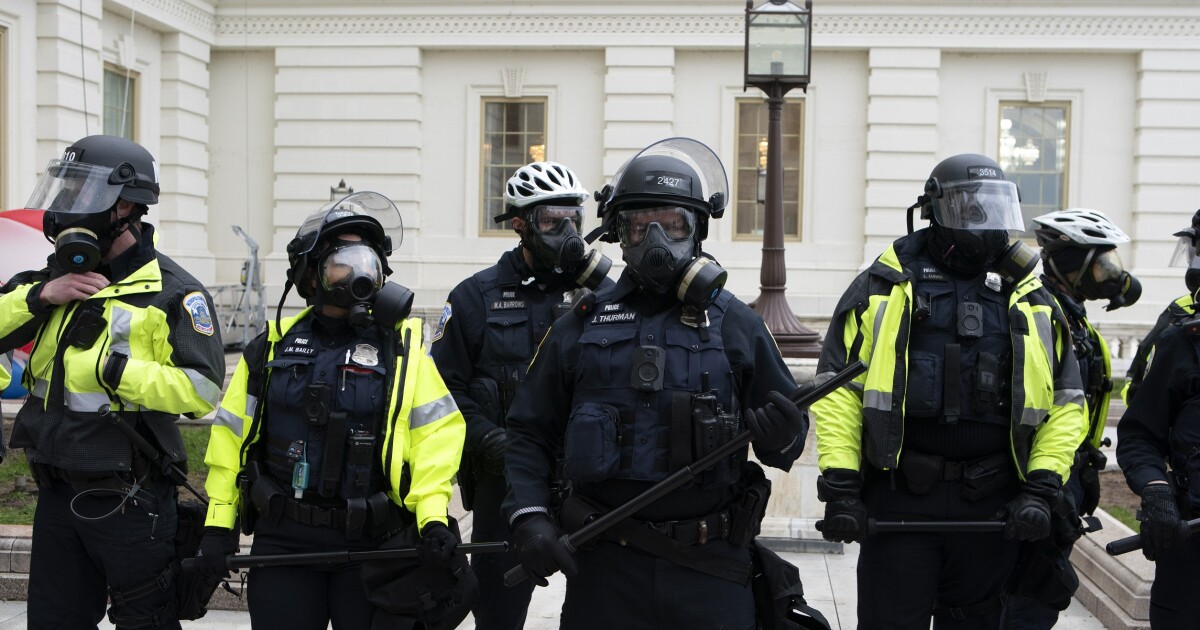 The Justice Department filed federal indictments against those involved with the storming of the Capitol on Jan. 6, including a man arrested on the street allegedly with 11 Molotov cocktails and another who fought with police inside the congressional building.

U.S. Attorney Michael Sherwin, the acting federal prosecutor in the nation’s capital, signed his name to at least two grand jury indictments that were handed down and filed in the district court late Monday against Lonnie Coffman and Mark Leffingwell, who were among the many men who have already been arrested and held based on criminal complaints filed in federal court.

Coffman was hit with 17 criminal counts related to federal charges and D.C. code violations, including the possession of an “unregistered firearm” (the 11 Molotov cocktails) as well as carrying a 9mm Smith & Wesson handgun, a .22 caliber North American Arms revolver, and a 9mm Hi-Point handgun, illegally carrying a Windham Weaponry rifle and Hatfield Gun Company SAS shotgun outside the home, and unlawfully possessing a large ammo feeding device.

Coffman’s explosives used mason jars that he told investigators were filled with “melted Styrofoam and gasoline.” Coffman’s pickup truck was located holding weapons and explosives while investigators were searching for pipe bombs on Wednesday, and prosecutor Ken Cole said the Molotov cocktails “would constitute home-made napalm.”

Leffingwell was charged with seven federal counts, including attempting to “unlawfully, knowingly, and intentionally forcibly assault, resist, oppose, impede, intimidate, or interfere with” Capitol Police officers Daniel Amendola and Wyatt Hart as they attempted to defend the Capitol Building.

The Justice Department also charged him with engaging in physical violence inside the Capitol along with illegal entry and disorderly and destructive conduct, and said that he “attempted to commit an act to obstruct, impede, and interfere with a law enforcement officer lawfully engaged in the lawful performance of his official duties incident to and during the commission of a civil disorder” and that “the civil disorder obstructed, delayed, and adversely affected the conduct and performance of a federally protected function, namely the certification of the Electoral College of the 2020 Presidential Election by a joint session of Congress.”

A criminal affidavit against Leffingwell said he was part of a large mob that tried to push through a police barrier in the Senate wing of the Capitol Building and, when he was deterred, he punched an officer repeatedly in the head and chest. The officer noted that Leffingwell apologized for punching him on the way to processing at police headquarters.

Neither Coffman’s nor Leffingwell’s attorney immediately responded to the Washington Examiner’s request for comment.

Sherwin said earlier in January that “all options are on the table” — potentially including further charges related to rioting, incitement, sedition, and insurrection.

“The United States Attorney’s Office for the District of Columbia, along with its law enforcement partners, is aware of reports of violence, including assaults, threats, and property damage, against members of the press while they were engaged in covering events unfolding at the United States Capitol on January 6,” Sherwin said in a statement on Tuesday. “Such violence will not be tolerated. We are resolutely committed to upholding the freedoms guaranteed by the First Amendment, including speech, peaceful assembly, and press, and we will investigate, prosecute, and hold accountable anyone who attempts to obstruct or curtail these freedoms through violence or intimidation.”

The federal charges come as the Democrat-led House of Representatives prepares to vote on an article of impeachment against President Trump for “incitement of insurrection” this week, alleging that Trump “engaged in high Crimes and Misdemeanors by inciting violence against the Government of the United States” and “willfully made statements that, in context, encouraged — and foreseeably resulted in — lawless action at the Capitol.” Members pointed to a speech he delivered to a crowd on Wednesday, specifically quoting him telling his supporters that “if you don’t fight like hell, you’re not going to have a country anymore.”

Trump, who long refused to concede the race to President-elect Joe Biden, responded briefly during comments to the press outside the White House on Tuesday morning.

Capitol Hill Police Officer Brian Sicknick died Thursday night “due to injuries sustained while on-duty” after he was “injured while physically engaging with protesters,” according to Capitol Police. A federal homicide investigation has been opened into his death. Four other people died as a result of the chaos at the U.S. Capitol on Wednesday.

Acting Attorney General Jeffrey Rosen condemned the “violent mob” who “stormed” the Capitol in a Friday statement, adding that “the Department of Justice will spare no resources in investigating and holding accountable those responsible.”

Trump exhorted a crowd in the many tens of thousands to march on Capitol Hill as Congress was set to conduct the task of counting each state’s certified electoral votes. Pandemonium erupted when hundreds sought to enter, pressing past barricades and clashing with police. Once inside, lawmakers and media hunkered down or fled while the hordes roamed through the building and ignored orders from police to leave.

A woman killed by law enforcement, 35-year-old Ashli Babbitt from California, was an Air Force veteran and Trump supporter who was shot while trying to climb over a barricade as a crowd tried to break down a door in the Capitol. Police said three others had various medical emergencies and died during the chaos at the Capitol Building, and that 56 officers were injured amid the unrest.