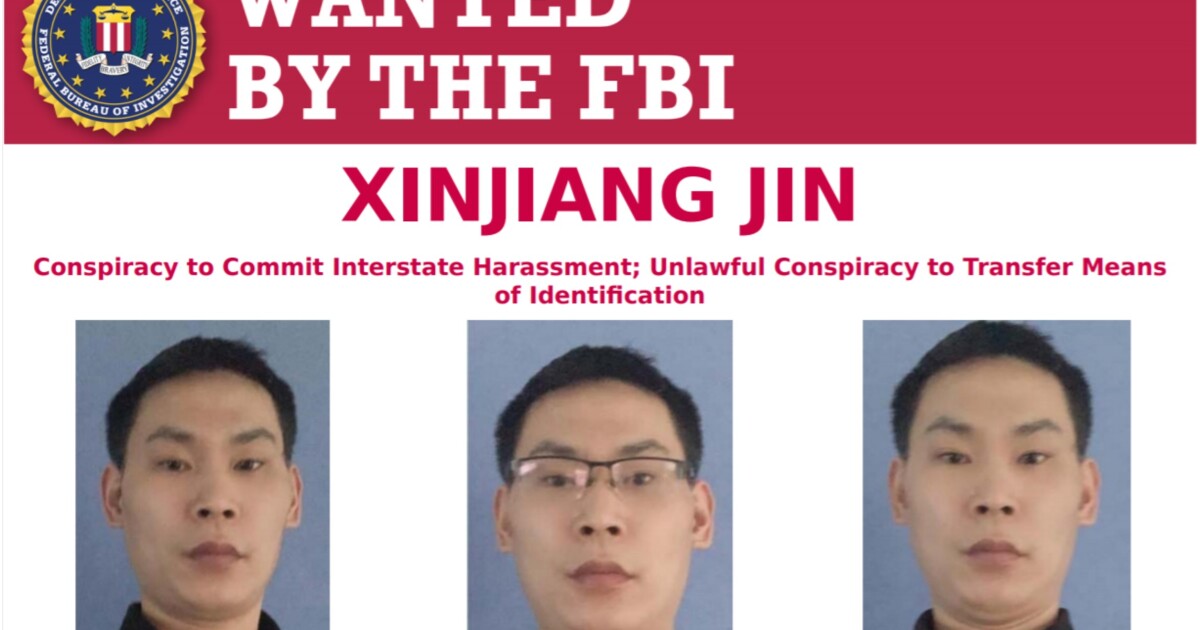 A China-based Zoom executive was charged with coordinating with the Chinese government to shut down Zoom meetings in the United States and elsewhere on a host of religious and political topics, including the commemoration of the 31st anniversary of the Tiananmen Square massacre.

Xinjiang Jin, also known as Julien Jin, worked at the behest of China's Ministry of Public Security, according to a complaint unsealed in the U.S. District Court for the Eastern District of New York on Friday. The Justice Department said he was charged with “conspiracy to commit interstate harassment and unlawful conspiracy to transfer a means of identification” as he worked as Zoom’s “primary liaison with PRC law enforcement and intelligence services.” Jin, who was based in China, is wanted by the FBI, though it is unlikely he would be sent over to the U.S. If tried and convicted, however, he faces up to 10 years in prison.

The Justice Department added that “between January 2019 to the present, Jin and others conspired to use Company-1’s systems in the United States to censor the political and religious speech of individuals located in the United States and around the world at the direction … of officials of the PRC government” and that “Jin and others terminated at least four video meetings hosted on Company-1’s networks commemorating the thirty-first anniversary of the Tiananmen Square massacre, most of which were organized and attended by U.S.-based participants, such as dissidents who had participated in and survived the 1989 protests.”

The Tiananmen Square protests took place in Beijing and across China in 1989, with reformers and students calling upon the ruling Communist Party to address corruption and inflation while demanding democracy and freedoms of speech and press, with 1 million or more people assembling in the square at the zenith. The Chinese government declared martial law, and tens of thousands of troops killed thousands during a crackdown, according to reporters and Western diplomats. Discussion of the crackdown is heavily suppressed in China.

“Zoom is dedicated to the free and open exchange of ideas and supports the U.S. Government’s commitment to protect American interests from foreign influence … We have also been conducting a thorough internal investigation,” a Zoom spokesperson told the Washington Examiner, adding that “at this stage in our investigation, and with the exception of user data for fewer than ten individual users, we do not believe this former employee or any other Zoom employee provided the Chinese government with user data of non-China-based users” and that “we terminated this individual’s employment for violating company policies.”

FBI Director Christopher Wray said, “The FBI remains committed to protecting the exercise of free speech for all Americans” and “that freedom was directly infringed upon by the pernicious activities of Communist China’s Intelligence Services, in support of a regime that neither reflects nor upholds our democratic values.”

The Justice Department noted that “Jin’s co-conspirators created fake email accounts and Company-1 accounts in the names of others, including PRC political dissidents, to fabricate evidence that the hosts and participants … were supporting terrorist organizations, inciting violence, or distributing child pornography” and “Jin used the complaints as evidence to persuade Company-1 executives based in the United States to terminate meetings and suspend or terminate the user accounts.” The Chinese government also “took advantage of information provided by Jin to retaliate against and intimidate participants residing in the PRC, or PRC-based family members of meeting participants,” according to the DOJ.

The Justice Department “extended their thanks and appreciation to Company-1 for its cooperation in the government’s ongoing investigation.”

A Zoom blog post on Friday stated that “in September 2019, the Chinese government turned off our service in China” and “as we worked to resolve the shutdown, China requested that Zoom confirm it would comply with Chinese law, including designating an in-house contact for law enforcement requests and transferring China-based user data housed in the United States to a data center in China.” Zoom said that “in October 2019, Zoom appointed the now-former employee to serve as the government contact in China.”

Zoom also said that “with the goal of restoring our service, Zoom personnel, including our CEO, met in China with government authorities in October 2019.” The company said that its “rectification plan” contained “information about actions Zoom previously took to adhere to Chinese law, including shutting down certain types of political, religious, and sexually explicit meetings” and said, “The Chinese government ultimately unblocked Zoom on November 17, 2019.”

The company said that “no meeting content will ever be routed through our mainland China data center (one of 19 co-located data centers routing traffic) unless the meeting includes a participant from China.” Another Zoom statement in June that was updated on Friday said that “going forward, Zoom will not allow requests from the Chinese government to impact anyone outside of mainland China.”