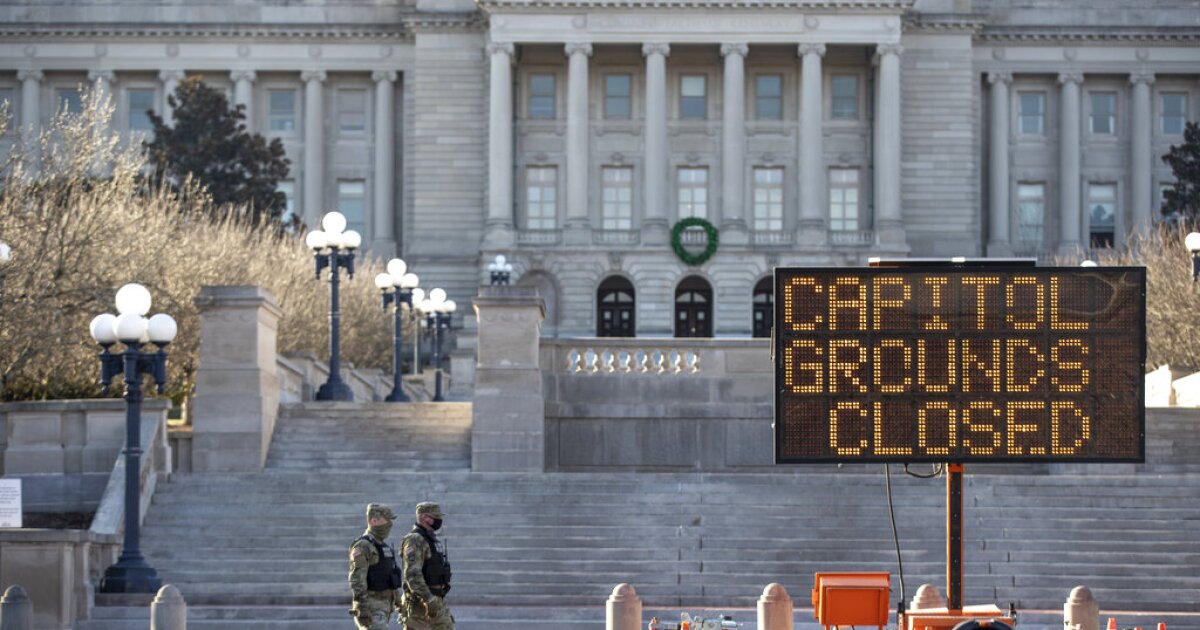 A top federal prosecutor predicted there will soon be sedition charges brought in connection to the siege of Congress.

“We are closely looking at evidence related to the sedition charges,” Michael Sherwin, the acting U.S. attorney for the District of Columbia, told reporters on Tuesday. “I think the results will bear fruit very soon.”

Sherwin said investigators are scrutinizing any organized groups or militia members who traveled to Washington, D.C., and participated in the Capitol riot. Last week, the Justice Department accused a leader in the right-wing, militia-type group known as the Oath Keepers of “conspiracy” and other crimes in connection to the siege of Congress. The FBI special agent who wrote the criminal affidavit noted that members of the “paramilitary organization” were among those who breached the Capitol on Jan. 6.

The federal prosecutor also said that “specialized teams” were still investigating the deaths of U.S. Capitol Police Officer Brian Sicknick and Trump supporter Ashli Babbitt. Sicknick died on Jan. 7 “due to injuries sustained while on-duty” after he was “injured while physically engaging with protesters,” according to Capitol Police. Babbitt, an Air Force veteran who was among those others who died during the Capitol siege, was fatally shot by an officer while trying to climb through a broken window as a crowd tried to break down a door in the Capitol.

“We can't comment on those grand jury investigations … but we're hopeful we're going to be able to have results soon,” Sherwin said. He also highlighted how a specialized team is looking into attacks on the media.

Sherwin said 400 subject case files have been opened so far, which he expects to grow still, and there are more than 150 cases with federal charges — which he said, “involve significant felonies.” The prosecutor said more indictments will be coming this week, and there are 50 Superior Court criminal cases too.

In addition, Sherwin disputed reports that the Justice Department was considering dropping cases due to the sheer volume of potential crimes involved, telling reporters that “there's no manpower issue” and “if a crime was committed, we are going to track that person down.”

Earlier this month, Sherwin said there was a “disconnect” within the Justice Department over whether Capitol rioters were trying to seize or kill lawmakers, with two other federal prosecutors initially telling courts that evidence suggested suspects intended hostage-taking or assassination. The D.C. prosecutor said there is “no direct evidence” of “kill-capture teams.”

The Justice Department said it received an estimated 200,000 digital media tips from the public so far and that more than 500 subpoenas and search warrants have been issued. More charges tied to attacks on police are also likely to be handed down as investigators continue reviewing footage from police body cameras. Investigators have not yet determined who planted the pipe bombs outside the Republican National Committee and Democratic National Committee, and there is a $75,000 FBI reward for information on that mystery.

FBI Assistant Director Steven D'Antuono said Tuesday that investigators have identified more than 400 people involved in the siege of the Capitol. “We are identifying everyone we possibly can that entered the Capitol or breached the Capitol,” he said, estimating that there have been 135 arrests so far.

The Democratic-led House voted to impeach former President Donald Trump, with the article of impeachment accusing him of inciting an insurrection in connection to the rioters breaching the U.S. Capitol as lawmakers counted electoral votes certifying now-President Biden's victory, which he has denied doing. The final impeachment vote was 232-197, with 10 Republicans voting to impeach Trump. The Senate trial is set to be held in February.