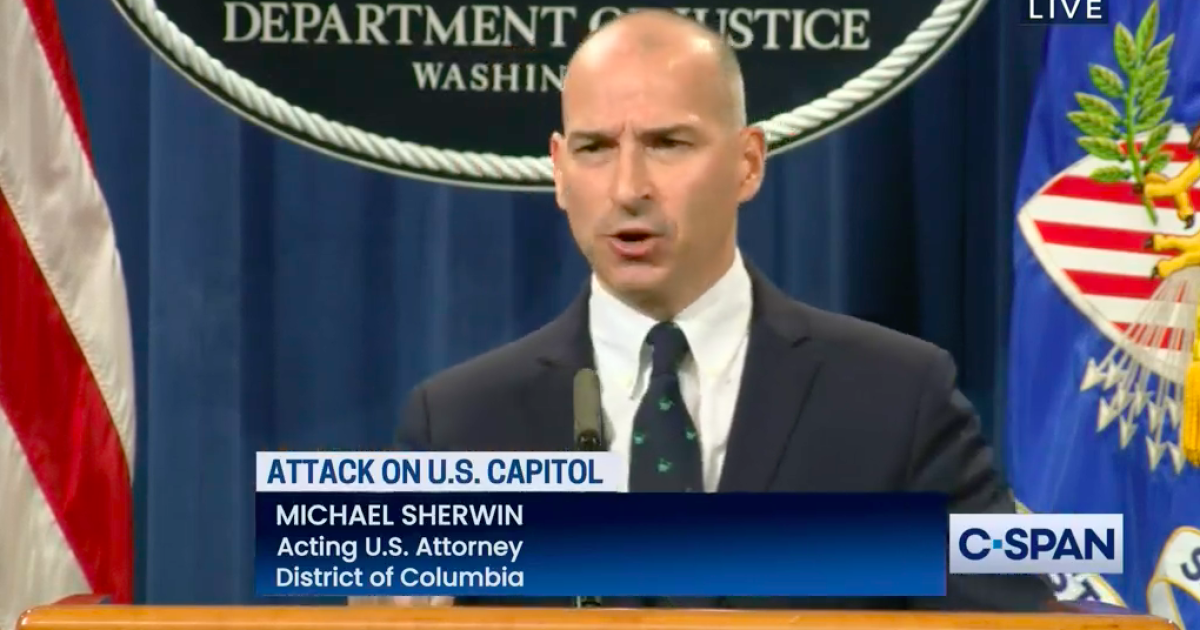 The Justice Department has opened more than 170 case files so far related to the storming of the U.S. Capitol, a top federal prosecutor announced on Tuesday.

During a press conference at the Justice Department, acting U.S. Attorney Michael Sherwin also said a team of specialists is also looking into possible charges of sedition and conspiracy.

“I think the scope and scale of these investigations and these cases are unprecedented,” Sherwin said, calling the U.S. Capitol building and outside grounds “essentially a crime scene.”

The 170 figure is expected to grow “geometrically increase,” Sherwin said, stressing “this is only the beginning.” The Justice Department has charged over 70 specific criminal cases so far, he added. Many of those charges appear to remain sealed on court websites.

Steven D'Antuono, the FBI assistant director in charge of the Washington field office, said the number of cases already opened is “just the tip of the iceberg.”

Investigators are looking into unlawful entry, theft of mail, theft of digital devices, assault, theft of potential national security information, felony murder, and potential civil rights excessive force investigations, Sherwin said, adding that many of the Initial charges are more simple charges that allow investigators to conduct arrests and “then we have the ability to indict these individuals on more significant charges.” He said “significant” information was presented before the federal grand jury starting on Monday, including related to civil disorder, possession of destructive devices, and illegal weapons.

Sherwin also announced the creation of a specialized “strike force” to specifically focus on whether there should be “cases tied to sedition and conspiracy” so that the Justice Department can also potentially “build seditious and conspiracy charges related to the most heinous acts that have occurred in the capital.”

D'Antuono said the FBI has received 100,000 pieces of digital media after asking for tips from the public. He also said that “the FBI has a long memory and a broad reach” and emphasized that the bureau was investigating both in the D.C. area and across the country through its 56 nationwide field offices.