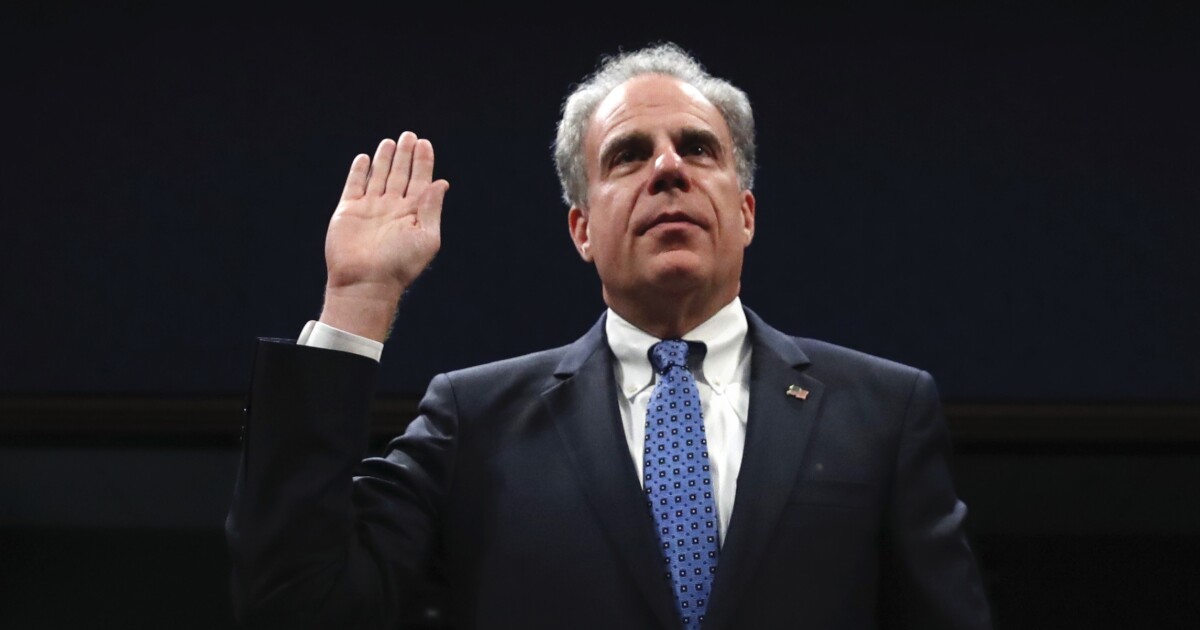 The Justice Department’s watchdog has launched an investigation into whether any DOJ officials improperly attempted to alter the results of the 2020 presidential contest.

The DOJ inspector general announcement follows a Friday report claiming that former President Donald Trump and a top lawyer for the Department of Justice reportedly planned to have the acting attorney general removed from his post weeks before President Biden was inaugurated in an apparent effort to investigate unsubstantiated claims of voter fraud and change the election results. Following the election, Trump spent weeks claiming the election was stolen from him by Biden.

DOJ Inspector General Michael Horowitz’s office said Monday that it would investigate “whether any former or current DOJ official engaged in an improper attempt to have DOJ seek to alter the outcome of the 2020 Presidential Election” and that the investigation “will encompass all relevant allegations that may arise” within the watchdog office’s jurisdiction, specifically “concerning the conduct of former and current DOJ employees” but not extending to government officials outside the Justice Department.

Horowitz said the announcement was made “to reassure the public that an appropriate agency is investigating the allegations” but will not comment further until the investigation is finished.

Jeffrey Clark, who was the department's civil division acting head, and Trump were both convinced that then-acting Attorney General Jeffrey Rosen was not doing enough to challenge the results of the November election, according to the New York Times, which cited four former Trump administration officials.

As soon as Rosen was appointed to his acting role on Dec. 15, after William Barr announced his resignation, the president began to pressure Rosen on the matter, urging him to appoint special counsels to investigate accusations of widespread voter fraud. Rosen reportedly refused, telling the president that the department found no evidence of such a phenomenon.

Clark allegedly drafted a letter that he wanted the Justice Department to send to legislators in Georgia who claimed that the department was investigating accusations of voter fraud in the state, urging them to void Biden's win. Rosen and then-Deputy Attorney General Richard Donoghue allegedly refused to send it.

The weekend after New Year's Eve, Clark reportedly met with the president to discuss his strategy. Clark then called Rosen on Sunday to inform him that the president intended to remove Rosen from the post, with Clark replacing him. Rosen demanded to hear the news directly from the president, according to the report. The department's senior leaders allegedly called one another and agreed that if Rosen was ousted, they would all resign together.

When the president met with Rosen and Clark, the two presented their arguments, and in the end, the president decided not to fire Rosen, apparently being swayed by the idea that doing so would bring chaos to the department and possible recriminations against him from Republicans.

Clark denied being part of any plot to remove Rosen, saying, “There was a candid discussion of options and pros and cons with the president. It is unfortunate that those who were part of a privileged legal conversation would comment in public about such internal deliberations, while also distorting any discussions.”

Last week, Barr told the United Kingdom’s ITV News that questioning the 2020 election results “was the thing that precipitated the riots on the Hill” and added that “we just cannot tolerate violence interfering with the processes of government.”

Before the ITV News interview came out, it was reported last Monday that Barr told Trump on Dec. 1 that the major election fraud allegations leveled by Trump allies were “just bulls—.”

Barr was a harsh critic of the Trump-Russia investigations, but he rejected calls to appoint special counsels to investigate either Hunter Biden or allegations of voter fraud.

“To date, we have not seen fraud on a scale that could have affected a different outcome in the election,” Barr told the Associated Press the same day he met with Trump. He also shot down allegations that millions of votes were flipped from Trump to Biden by voting machines nationwide.